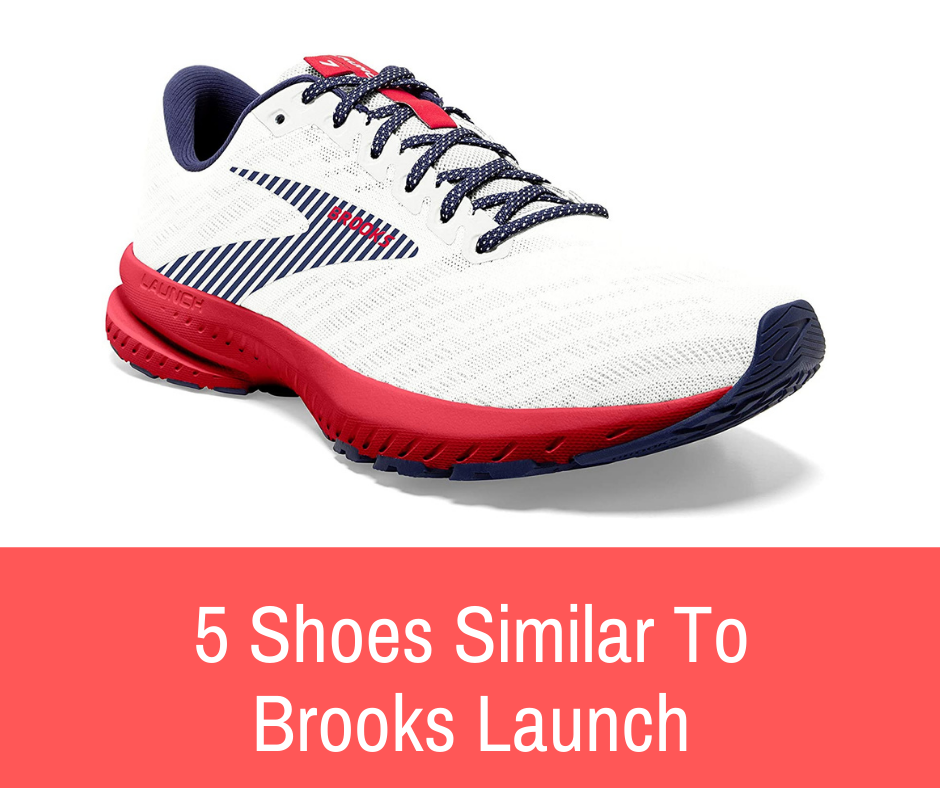 This is why Brooks Launch has been a hit among Brooks’ fans for a while. The underdog shoe does what you want and doesn’t disappoint. Throw to these features its affordable price, and you get a non-negotiable bargain!

But who doesn’t like to have some other options in hand?

That’s why we’ll be looking at 5 shoes that are similar to Brooks Launch in this article, so you can compare and decide for yourself what’s best for you.

The Kinvara 12 is our trusted go-fast trainer, further refined to make the most of less. Made lighter with a simplified upper, the ride feels as fast as ever—with the flex needed to get you to the start line stronger and the finish line sooner.

Check Price
We earn a commission if you click this link and make a purchase at no additional cost to you.

A Sneak Peek Into Brooks Launch

Brooks Launch is a neutral running shoe that’s dedicated to normal people. By “normal,” we mean not-necessarily athletic. Yet, it should perform well if you decide to wear it for a run or any activity.

Brooks Launch’s latest model, Launch 6, rides smoothly and has that bouncy, light feel. It’s unobtrusive due to its light weight and mesh upper. 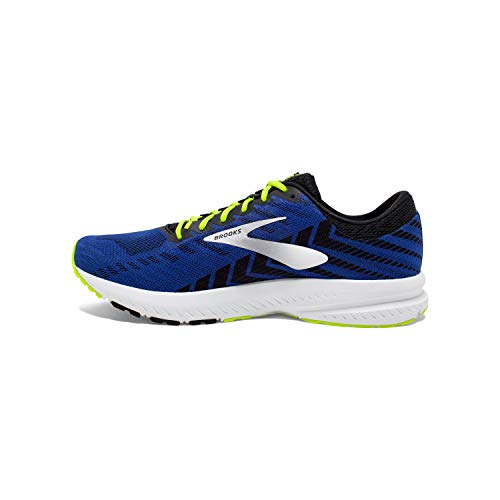 Moreover, it features Brooks’ own BioMoGo technology, which is some kind of midsole padding that enhances shock absorption and results in more comfortable cushioning.

Brooks Launch is above-average shoes that get the job done and might even outperform some of its counterparts of the same price range.

Let’s take a look at its competitors.

Without further ado, here’s our list of the shoes we found most similar to Brooks Launch on the market.

Nike’s Zoom Rival Fly is among the most underrated models of the Zoom line. We think it got undermined from plenty of “shinier” models of the same line that stole its thunder, like Nike Zoom Pegasus and  Winflo. 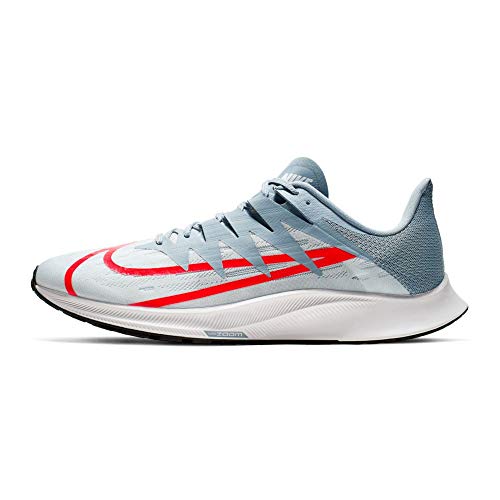 When it comes to price, fit, and overall characteristic, Rival Fly resembles Brooks Launch in a lot of ways. Yet, the two shoes are as different as night and day in terms of arch support.

While the Rival Fly was criticized because it nearly had zero arch support, The Launch has acceptable arch support -though it’s not Brooks’ best-. We’d like to note that some people who tried Brooks Launch have mistaken its supportive midsole for being “rigid and firm.” 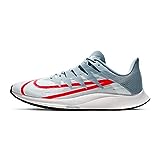 We understand that the “rigid” sole might be annoying to some, but if you want good running shoes that offer support, that’s the way to go.

Saucony’s Kinvara is known for its flexibility, lightness, and soft cushioning. Looking at these aspects, it has a lot to share with Brooks Launch.

Both shoes share the same lightweight feel, although the Kinvara is a bit on the lighter side. It’s also softer with a light upper mesh. They’re quite different when it comes to landing, though. 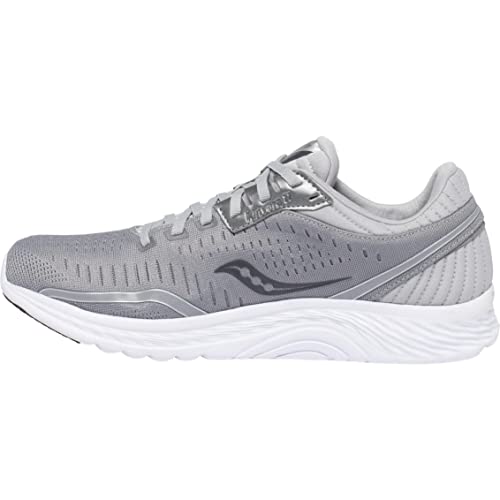 Kinvara will give you an unnoticeable landing effect; it feels as you’re not wearing shoes, which is okay if you’ll be mostly running on flat ground which is typical for most Saucony running shoes.

On the other hand, Launch 6 will give you a firmer landing with more support, so it gets the point here.

Launch definitely scores better when it comes to durability. Besides, it has a firm underfoot that’s convenient for runs and workouts

The Kinvara 12 is our trusted go-fast trainer, further refined to make the most of less. Made lighter with a simplified upper, the ride feels as fast as ever—with the flex needed to get you to the start line stronger and the finish line sooner.

Check Price
We earn a commission if you click this link and make a purchase at no additional cost to you.

In contrast, Kinvara has a minimalist underfoot that’s made of foam, which means it won’t withstand heavy activity, you better use these as everyday shoes.

These two shoes come at equivalent prices, so the price won’t be a factor to consider here.

Another comparable model to Brooks Launch is New Balance’s Zante. These two shoes are targeted towards runners, but they don’t feel the same. 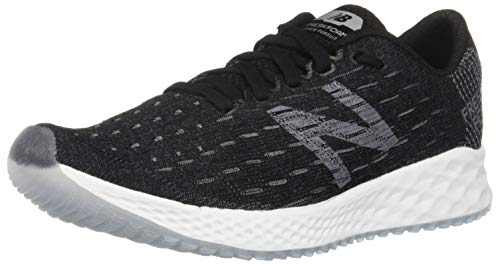 Zante is on the firmer side, with a lower drop, while Launch is softer with a cushioned midsole. Zante’s toe box is wider, and its fit is generally more spacious, whereas Launch is more snug and sports a more flexible fabric.

Regarding support, Zante does a better job with its low-profile foam outsole that offers good support and impressive responsiveness.

One of our favorite features about New Balance’s Zante is its traction. It has a good grip on nearly all types of terrain, even in icy and wet weather conditions.

Given a choice between Launch and Zante, we’d probably go for Zante.

Asics and Brooks have been a long-standing staple at races across the world. So it's no wonder a pair of Asics would pop up on this list.

When it comes to ride quality and drop level, ASICS’ RoadHawk FF is probably the closest to Brooks Launch. Both are designed to be fast neutral trainers, and they both score highly on that. Yet, RoadHawk is lighter and bouncier than Launch. 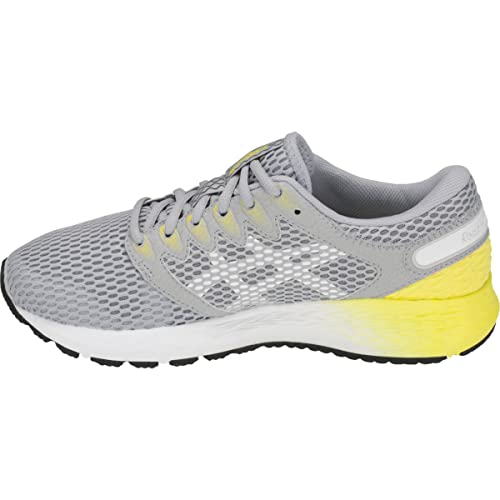 However, after wearing both for some time, Brooks Launch appears to be the option to rely on, where it offers a sturdier sole and a lower drop. If you’ll be running, you should pay attention to that.

As for the fit, Launch is way wider and more spacious. On the other hand, RoadHawk’s seamless upper is unmatchable. You’ll get that feeling of the shoes taking the form of your feet after a while! 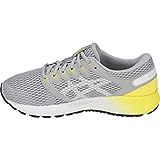 Their price tags are similar and they’re both not big on “support.” If you’re looking for shoes that’ll support your heels and knees, maybe you need to look for other models.

These shoes from Brooks have a lot to share with Launch. Revel has an almost identical price to that of Launch. Its design isn’t too different from Launch, and it’s as firm. But it features a noticeably narrower fit.

While not too different, Revel’s appearance is more vibrant and appealing than Launch. Honestly, Launch’s design, especially Launch 6, was a bit below average. Revel tops it in this area, fair and square.

Revel rides well, somehow even better and faster than Launch. Something you won’t necessarily expect from a shoe that’s marketed as “soft cushioned.”

We think we attribute the fastness aspect to the lower drop of Revel. It also has a lighter weight.

Brooks Launch is an affordable neutral shoe with “just right” cushioning that lets you run fast and comfortable.

These other shoes we shared above are similar to Launch, sometimes with more cushioning, or with more support.

The right decision? Whatever caters to your needs. We don’t think you can go wrong with any of these shoes!

Brooks Beast vs Brooks Glycerin (Comparison)
Nike Structure 23 Review
Brooks Dyad vs. Brooks Ghost
Are Allbirds Tree Runners Good For Running? (Review)
Saucony Cohesion 9 vs. 10 – The Differences
How Long Does It Take to Break in Running Shoes
Altra vs Brooks; Which Brand is Right for You?
How Much Do Brooks Running Shoes Weigh