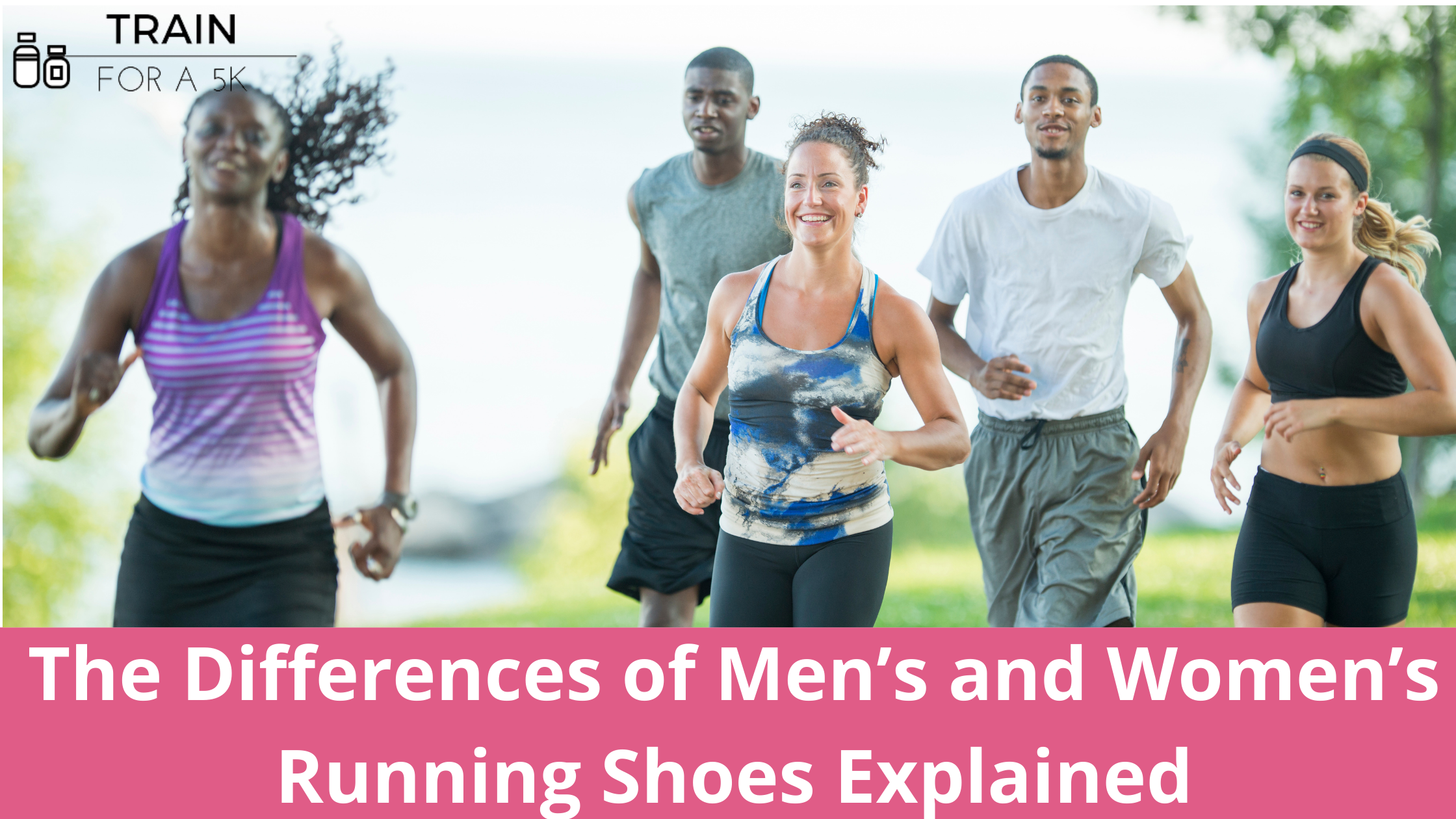 Running shoes have gone through a range of design changes over the decades, and this includes how companies approach the differences between men’s and women’s shoes.

As it stands, are there really any design differences between men’s and women’s running shoes?

Although there are some minor design tweaks to account for anatomy differences between men and women, most running shoe models have few differences besides forefoot and heel collar width, as women’s shoe models run narrower than men’s shoes and are about a 1.5 size difference.

Even though there are differences, many women can, and even prefer wearing men’s shoes if they have a wider foot.

In this article, we will discuss the anatomy of the human foot for men and women, look at the design differences between current shoe models, and then when it might be appropriate for men and women to wear the other gender’s shoes.

The Differences of Men’s and Women’s Running Shoes - Explained

Because running shoes are often based on the foot of a man, and then slightly altered to work for women, we shall base our research on the women’s foot and how those differences should apply to shoe design. 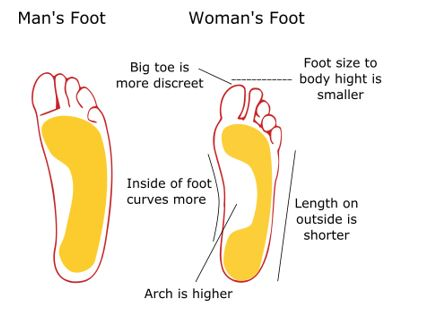 For the record, R&D departments have begun designing shoe models based on the anatomical variations in the arch, heel, and forefoot in women’s feet. It took them long enough.

In a study conducted by RE Wunderlich and PR Cavanagh, it was concluded that “female feet and legs are not simply scaled-down versions of male feet but rather differ in a number of shape characteristics, particularly at the arch, the lateral side of the foot, the first toe, and the ball of the foot.

These differences should be taken into account in the design and manufacture of women's sport shoes” (1).

When we look at a male’s foot, we see a wider forefoot, longer toes, longer arches, and thicker heels.

So, we now understand that a woman's foot is in fact anatomically different from a man's in a number of ways including arch, toes, and forefoot, so how would this affect the design of a running shoe?

Well, if we are still considering the anatomy of a woman’s foot, we will see that the shoes will usually be built narrower to accommodate for a narrower forefoot. 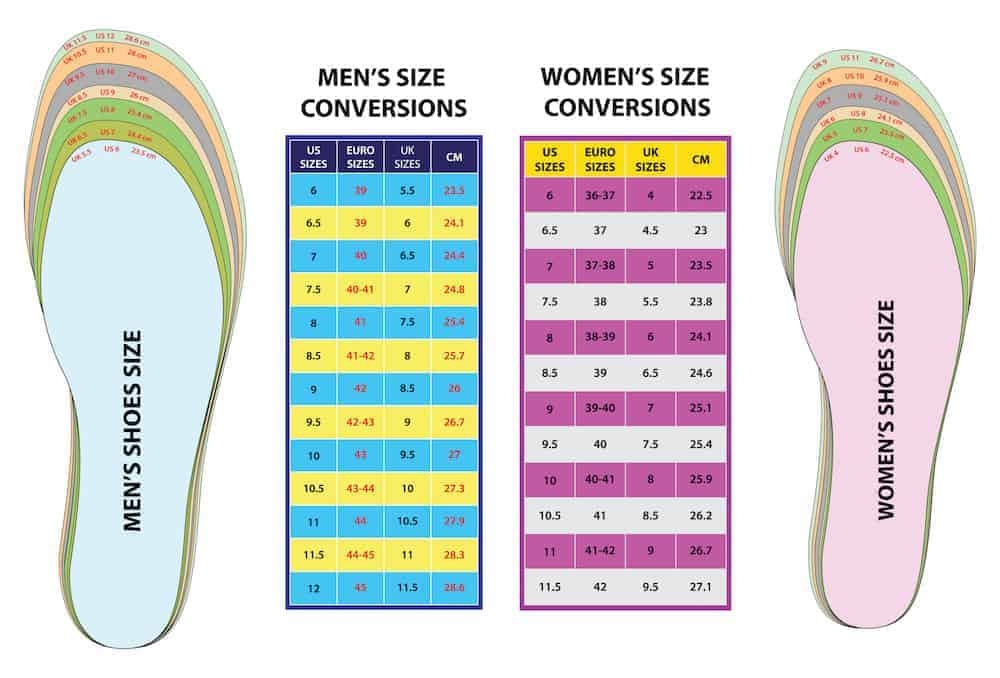 This will generally be referred to as a B-width by most shoe companies, which is the standard width for women.

That being said, it is now far more common to see women with wider feet that need some extra room to accommodate for that needed space.

This is why shoe companies make different widths available. A woman with a wider foot will enjoy a D-width shoe, and sometimes an E-width shoe (wide) in very specific circumstances.

Fun Fact: D-width is the standard width for men’s shoes, and in many cases, men will need a 2E-width shoe (double-wide) to accommodate their feet.

Women will also generally have a higher arch than men, which also affects the need for a slightly more comfortable cushion on the lateral (outside) of most running shoes to protect the minimal points of contact of a woman’s foot.

Furthermore, it is perfectly common for women to have falter arches as well, and this is often accompanied by a wider foot in general, so this should be accounted for when selecting the correct running shoe (more on that later).

A woman’s foot will often have a shorter and narrower ankle, which means that the shoe should be made tiger in the heel counter and ankle wrap than seen in men’s shoe models.

Sizing between men’s and women’s sizes in the United States is generally a size and a half down (-1.5) when looking to go from a men’s shoe to a women's shoe.

For example, a US women’s size 10, will be virtually the same length as a US men’s 8.5, but it will probably be wider.

This is a great way for women who have wider feet to feel more comfortable in their shoes.

On the other side of the coin, men with narrow feet could enjoy the fit of a woman's shoe because it would hold their foot better than the width of a traditional men’s shoe. Let’s talk more about that. 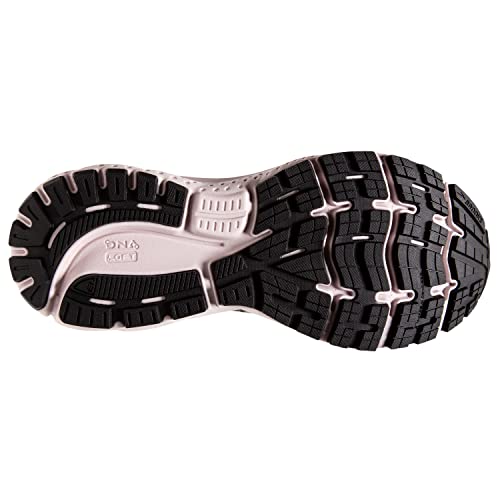 Could a Woman Ever Wear a Men’s Shoe?

Even though a woman’s foot will generally differ from the make of a men’s running shoe it is still completely possible for a woman to wear a men’s shoe in specific cases, and this is more common than you might think.

As someone who’s worked in a specialty running short for over four years, I have noticed that it's becoming increasingly popular for women to opt for men’s shoes because they are wider, thus providing a roomier toe box for their feet to breathe.

I have also noticed that women with larger feet are perfectly happy to wear a men’s shoe because it is much easier to find the right size for them, and usually a longer foot means a wider foot anyway, so the extra width is most welcome.

Could a Man Ever Wear a Women’s Shoe?

It is also entirely possible for a man to wear a woman’s shoe with success in specific, but slightly less common cases.

Believe it or not, men with smaller and narrower feet often have issues finding a men’s shoe that fits them correctly, so it's perfectly common to see a man fitting better in a women’s size.

This does seem to be slightly less common, but it still feels fairly regular.

The differences will generally be in the shoe width, arch support, cushioning levels, and heel depth/width.

However, even though men’s and women’s running shoes are created differently, it is still entirely possible for a woman to wear a man’s shoe and vice versa to fit individual and specific circumstances.

A general rule of thumb is that you will look a size and a half (-1.5) down when looking at a shoe size difference between men’s and women’s shoe sizes.