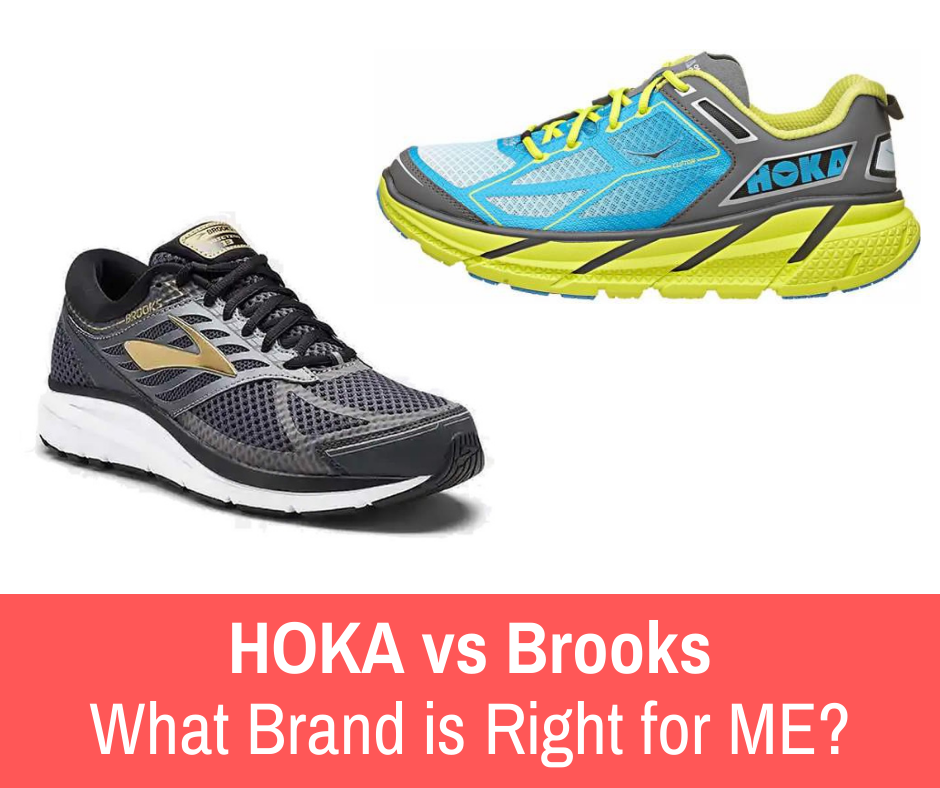 HOKA and Brooks are some of the most popular running shoe brands on the market today.

If you asked an employee at a specialty running store which two shoe brands are most widely asked for and bought, the odds on favorites are Hoka and Brooks because of their reliability and accessibility.

We conducted some extensive and detailed research for HOKA vs Brooks running shoes. Before we dive into the complete comparison, I wanted to share the survey that we did with over 3,800 runners through the US. You'll notice that Hoka & Brooks ranked near the top in shoes that wear.

When comparing pretty much any brand against Hoka One One, one will first need to note the inherent originality in the construction of a Hoka shoes.

Almost every running shoe from Hoka is made to offer enhanced cushioning and a pronounced meta rocker technology to roll you in a forward motion which is significantly better than traditional running shoes.

Hoka shoe models are usually equipped with a heel-to-toe drop of 5mm or less to add a more natural landing in the midst of such extensive cushioning.

This is not to say that all of Hoka running shoes are “plush” (even though they are famous for those models), but they generally feature a greater than average amount of cushion.

Those that are bigger and stronger runners and walkers with a larger frame tend to really enjoy Hoka running shoes for the amount of shock absorption they provide.

In contrast, Brooks offers a traditional running shoe that is constructed under a more traditional model. Most still feature some really great cushioning systems, but they are just built a bit differently.

A standard pair of Brooks shoes will offer some really good cushioning, and in some cases, it may feel just as soft as a Hoka. That being said, on average a Hoka will feel plusher. 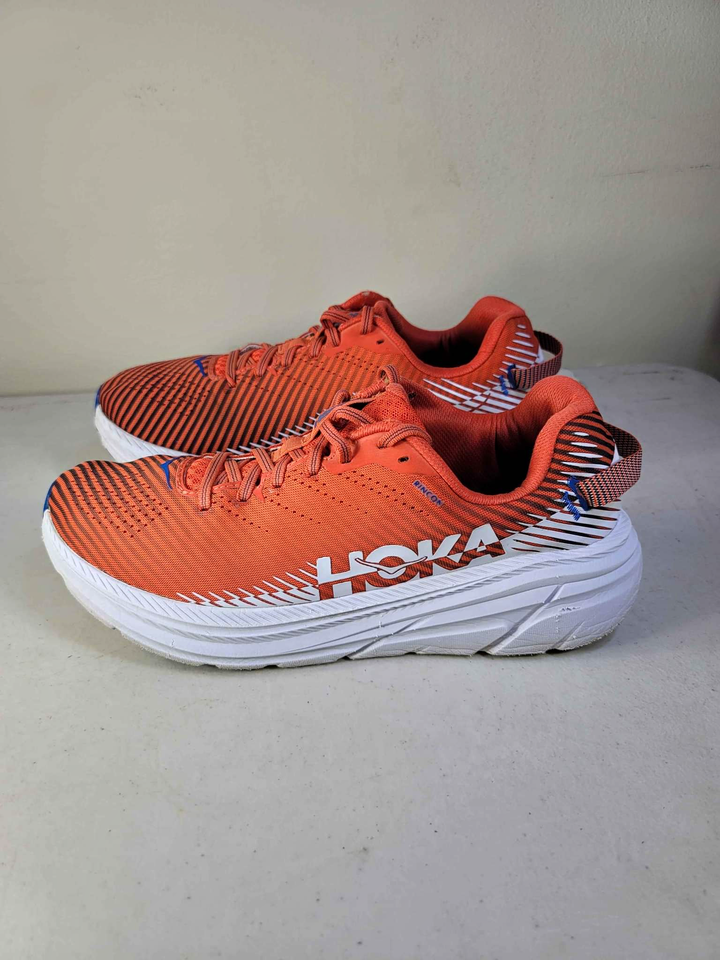 The biggest difference you will notice in the midsole is that Brooks often opts for a heel-to-toe drop of around 10mm-12mm in most of its shoes.

This will feel like a stark contrast to a pair of Hokas. Brooks shoes also does not implement a rocker geometry in its shoes, as it really does offer a more traditional option for runners and walkers alike. 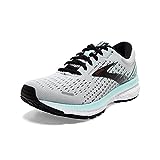 Both companies make comfortable uppers, although Brooks is better known for its plush and welcoming engineered mesh materials.

These are some of the primary differences between Hoka and Brooks, but to give you an even better idea of what you’re dealing with let’s run down some more specific differences to note between these two brands.

Because it is so packed with cushion the standard durability of a Hoka should be between 400-500 miles, but the reason it is not even higher is that because Hoka often leaves much of its midsole exposed on the bottom of its shoes.

This tends to lead to quicker wear and tear rates in those areas and because of that, the shoe lifespan may not be too much greater than this.

It is definitely possible to get more miles out of Hokas as well, but they do start losing their plushness after the 400-mile mark for most, but they double really well as a walking shoe and something you can wear to keep your feet comfortable at all times.

When taking a look at Brooks shoes, you are usually going to get closer to 400-500 miles out of most of these because of how liberal this company is with its outsole rubber. 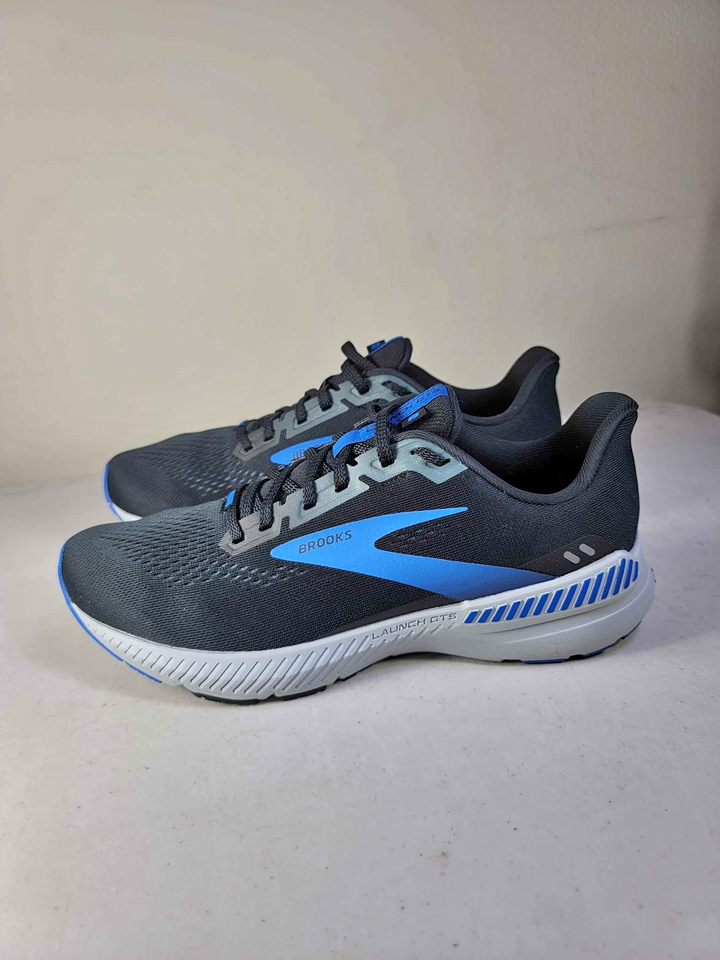 The greater amount of rubber in the outsole also leads to better traction on soft and wet surfaces. Brook will definitely keep you feeling grounded and powerful with a secure grip in a variety of conditions.

So both shoes will offer a pretty comparable lifespan, but Brooks running shoes are better known on average for having some long-lasting and reliable shoe models.

Both are the most comfortable running shoes you will wear (In my humble opinion). When looking for a daily training shoe for your runs, comfort may very well be the most important feature to seek out. You’ll be happy to hear that both brands offer some extremely comfortable options to get you through those miles.

Some of the best running shoes options from each brand would be the Hoka Clifton and the Brooks Ghost, as these two models both offer a reliable mixture of performance, comfort and toe box space. I am a big fan of Brooks Ghost as they are the most stable shoe I have ever owned. 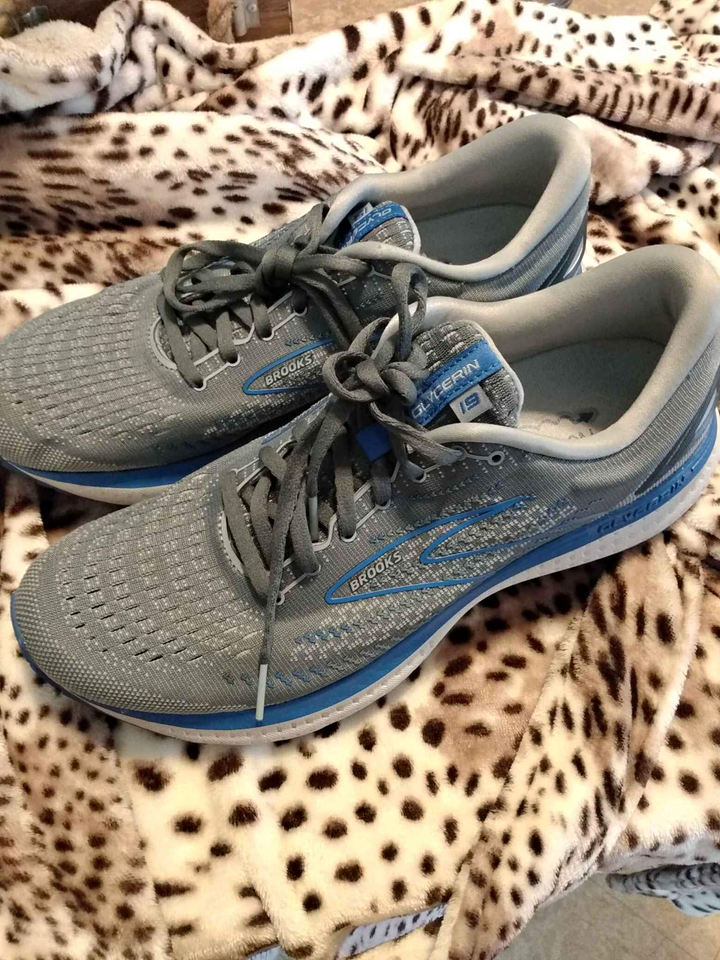 You’ll find your foot soaking in the cushion without suffering much in the way of a responsive rebound back into your stride.

The bottom line is that both shoes offer some excellent options if you are looking for comfort, and that has a lot to do with the cushioning systems from each brand so let’s take a look at those.

Hoka shoes are well known for its Full Compression EVA midsole foam, and it really does offer a feel, unlike any other brand.

Some of Hoka running shoes key features they try to put in every shoe is a marshmallow type of soft, but with a hint of speed.

These running shoes models generally vary in thickness according to need, but they are all super light and cushioned midsoles that will provide some great shock absorption, comfort, and support. 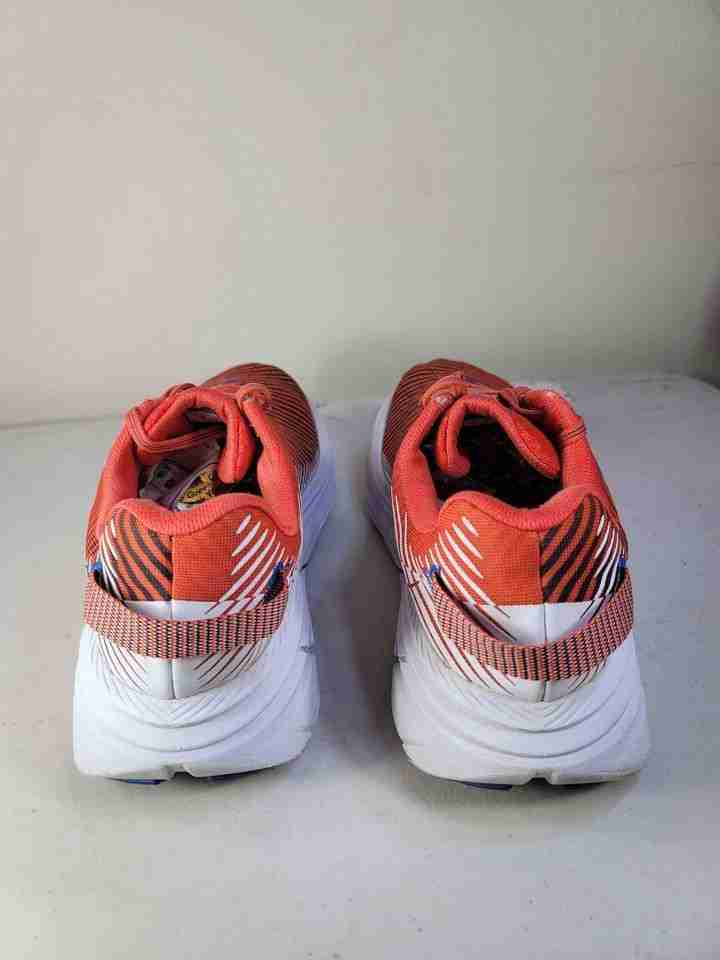 This sort of cushioning versatility can be fully realized in the Hoka Clifton series running shoe. This shoe has for years been known as the premier shoe to offer a mix of comfort and responsiveness to pretty much get you through any and all types of runs if you are looking for a single trainer to do it all. 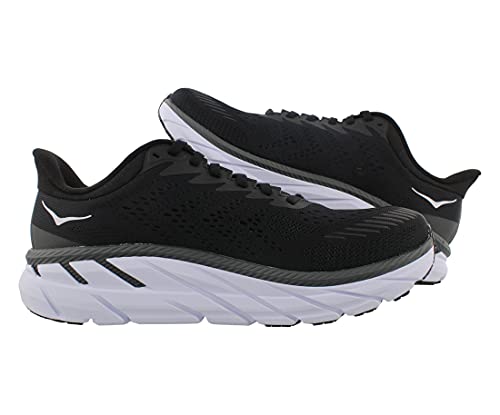 Hoka vs Brooks - Brooks running shoes are no slacker when it comes to midsole foams. It is very popular for its DNA Loft foam, which delivers plush and luxurious cushioning while maintaining responsiveness and durability. Overall a very cushioned shoe.

We recently did a full review of the Hoka One One Carbon X, another highly cushioned stability shoe that provides support in the midsole.

This foam will get you a big bang for your buck in terms of versatility and reliability. Those who are seeking a traditional ride will love this foam for its solid mix of soft and snappy cushion.

Both Brooks and Hoka running shoes will bring some innovative cushioning technologies to the table. It really comes down to a personal preference and what you look for in the ride.

If you want something that is packaged in a higher heel-to-toe offset, then go with Brooks shoes, but if you are enjoying a lower stack height then a Hoka running shoe will offer some good options. Both have option for stability shoes. 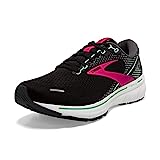 Because of the Hoka Meta-Rocker technology, there is a great difference in the transition from heel-to-toe off between Hoka or Brooks. It is pretty easy to understand the traditional transition that Brooks shoes will offer.

Shoe models like the Brooks Ghost will give you a super smooth roll from heel-to-toe, but one wouldn’t call a “forward propulsion” shoe.

This is in contrast to the transition you will get from Hoka running shoes, so let’s take a peek into the Meta-Rocker technology.

The Hoka Meta-Rocker can be considered kind of like a rocking chair for your foot while in the running motion. Another way to think about it would be like as a wheel always rolling you forward. This is implemented to complement your natural gait cycle and enhance your transition into your toe-off.

Many runners say that a pair of Hokas running shoes will feel weird the first time they wear them because it is unlike any other, so make sure to try a pair on to see how you will feel before buying a pair.

You are getting a lot from both Hoka and Brooks running shoes, as they have some very fun and innovative technologies that they are implementing into their shoes.

With some smooth transitions in their shoe models and some soft and versatile cushioning you will get a great value out of Brooks or Hoka.

Hoka will give you a lower stack height and a cushioning and transition unlike any other brand on the market. This shoe will be awesome for those with a bigger frame and feet and knee problems, as this brand provides some great shock absorption.

Brooks running shoes are a steady and reliable brand that will give you some of the highest build quality on the market today. They will give you a nice traditional and supportive frame to run on along with a plush yet responsive DNA Loft midsole.

Overall, it really does depend on personal preference and what you prefer for your gait cycle. It is hard to go wrong with either brand, but they do bring a different ride to your feet.

If you want something with a deliberate forward roll and innovative cushion then try out Hoka. If you are seeking out a more traditional brand with a great mix of amenities then Brooks is a great brand to try out.