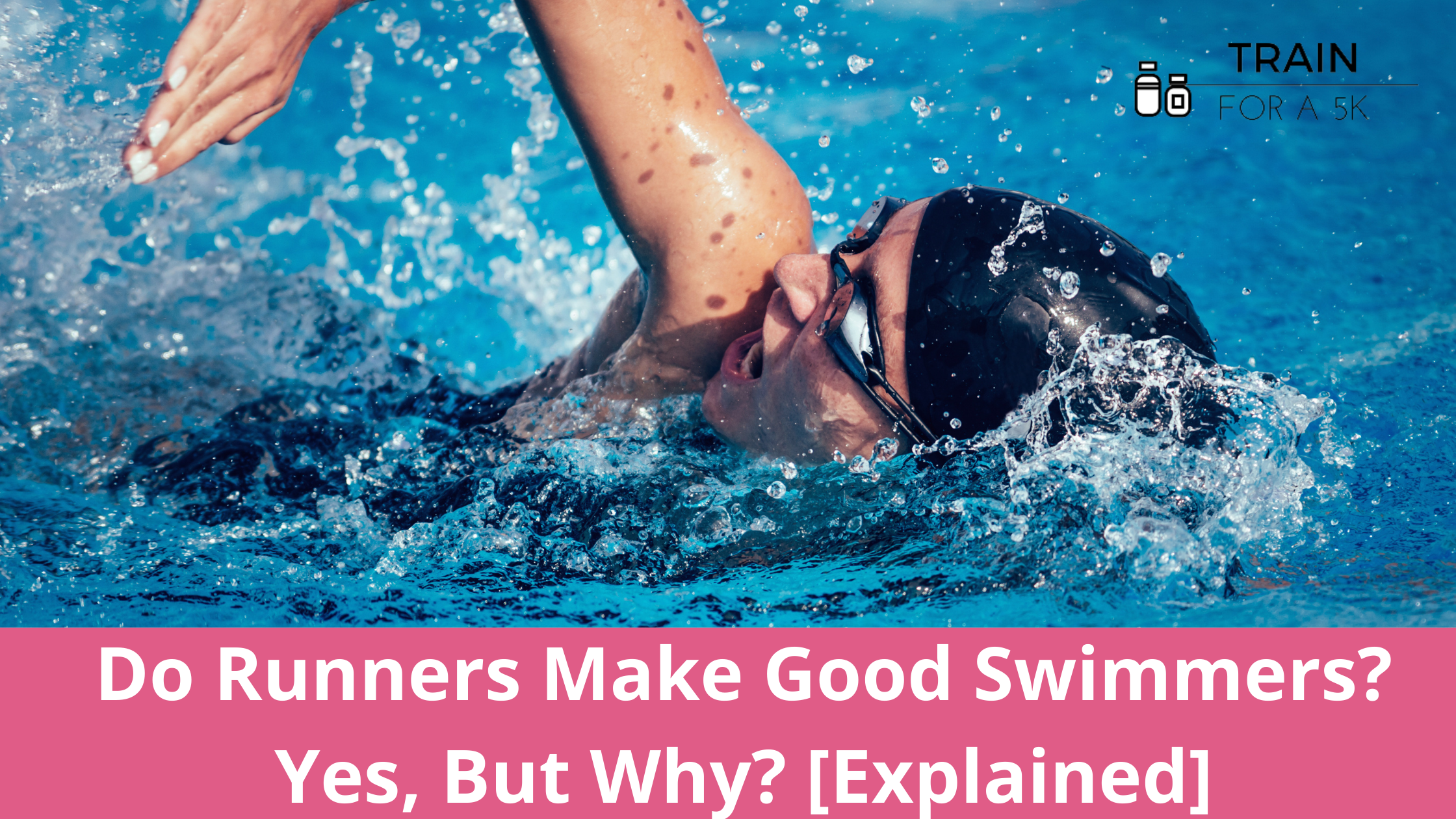 There’s no doubt that running is a lifelong sport if you wish it to be so, but many will seek some variety by trying out other endurance sports like swimming.

If you have been running for many years, but have not trained vigorously in a pool before, will runners actually make good swimmers?

Due to the massive aerobic base developed over years of training, runners have the potential to be good swimmers if they have an intelligent training plan, but they must work to refine their swimming technique if they wish to see real success. 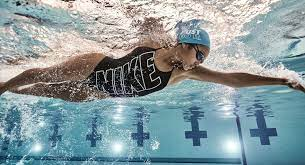 What exactly gives runners the potential to become good swimmers?

To put it simply, the aerobic system is the dominant system used to perform physical activities (like races) lasting longer than about 3 minutes.

If you are not racing, then your aerobic system will take over even before 3 minutes into your activity if the intensity is low enough (i.e. walking).

Without getting too technical, when you partake in endurance sports (like running or swimming) you will make your aerobic system stronger by increasing the number of capillaries, aerobic enzymes, and total mitochondria (powerhouse of the cell) count within your body.

The byproduct of all this is that your muscles become more efficient in producing ATP from oxygen. 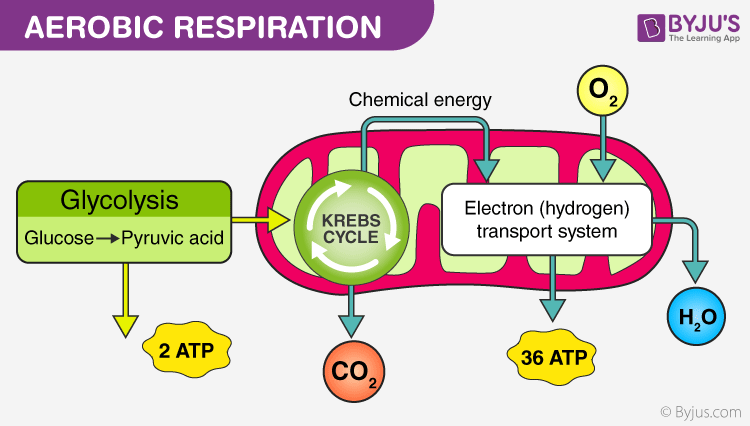 A simple model of how the aerobic system functions

With this small background in the functions of the aerobic system, it is safe to say that the heart and lungs do not really know the difference between running and swimming.

Essentially any endurance sport (running, cycling, swimming) will develop your aerobic system. How this aerobic development carries over into a new motor pattern (running to swimming motion) is another story, but we will get to that soon enough.

Another system important to both running and swimming is your body’s lactate threshold or the lactate inflection point.

To keep it pretty simple, the lactate threshold is the point of exercise intensity when the blood concentration of lactate begins to rise quickly. It is roughly measured at 85% of your maximum heart rate.

Contrary to popular belief, lactate is a great source of fuel for the muscles during moderate to high-intensity endurance activities.

The problem emerges when you reach an intensity point at which your body can no longer buffer enough into fuel and it begins shutting down your muscle fibers. 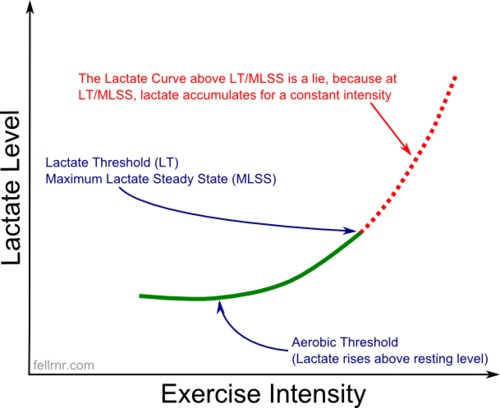 Safe to say that having a high lactate threshold will benefit runners and swimmers alike. A higher lactate threshold means that your body can buffer lactate at higher and higher intensities. For racing situations, this applies to all endurance sports.

Runners will notice that even through easy running their lactate threshold increases, and even more so if they have completed workouts like tempo or progression runs down to around half marathon or 15K race pace.

This lactate threshold should have a significant carryover into swimming, once the technique of swimming is learned refined so you have become more efficient. To be clear, refining technique is a lifelong process for any movement pattern.

If you are unfamiliar with swimming movement patterns, then be patient with yourself and understand that it will take some time for your body’s lactate threshold to learn how to apply itself to the new movement pattern of swimming.

VO2 max, otherwise known as maximal oxygen consumption, is the maximum amount of oxygen that you can use during strenuous or maximal exercise.

This should be a no-brainer, as endurance sports deal with oxygen a lot, being able to take in and use more oxygen during any intense race or workout is essential to perform at your very best.

Because this is once again a part of the aerobic system we can expect a carry-over from running to swimming.

However Vo2 max has been a very popular subject of recent studies, and it's been discovered that — although a higher Vo2 max is beneficial between endurance sports — there may be a less natural carryover because your body will inherently be less efficient at an unfamiliar motor pattern (in this case running to swimming). 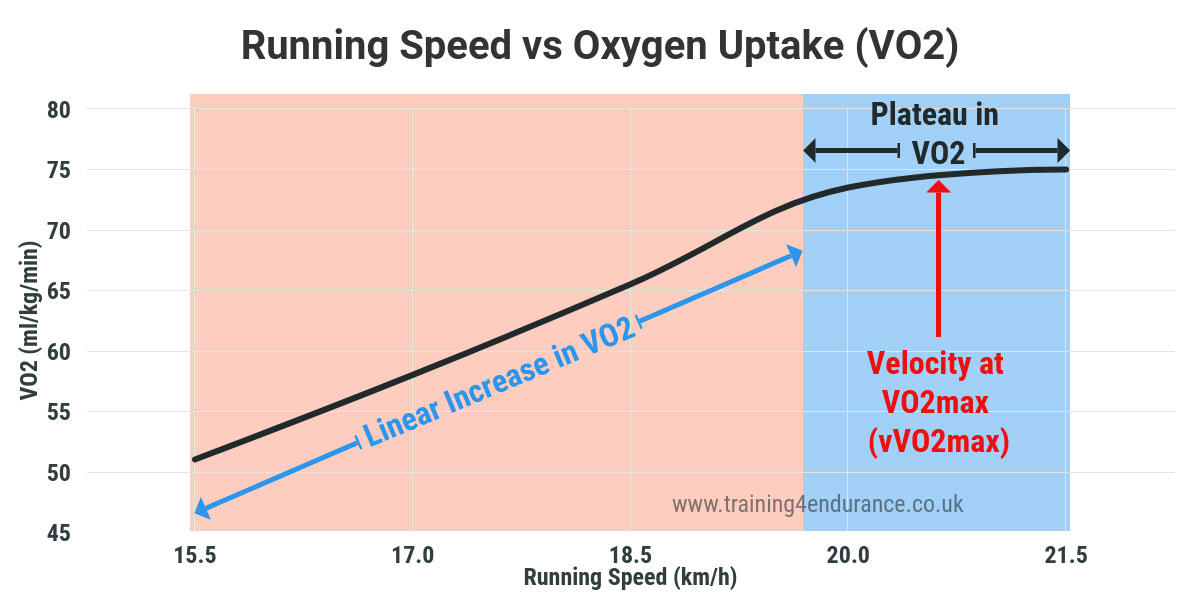 This does not mean it does not apply at all, it just takes more time for your body to master a new movement pattern and apply that to your aerobic functions like Vo2 max.

Your Vo2 max is only as effective as your body is efficient in your primary movement pattern (swimming, running, cycling, etc.)

Although slightly less common due to availability plenty of runners will hop in a pool to get some extra aerobic work in or train while healing from an injury. These will usually be in the form of interval swimming workouts and aqua jogging.

This familiarity with swimming will make your transition to swimming easier, as you may already be coordinated and efficient in the pool.

While this could give you a leg up on those unfamiliar with swimming, you should still expect a learning curve as you refine your swimming efficiency.

So be a good swimmer and go for a run 🙂

As many runners can attest, no matter how “fit” you are in your running journey it is still super brutal to do even a moderate-intensity swimming workout. It’ll often have you keeled over and feeling faint by the end.

Running to Swimming OR Swimming to Running: What’s Easier?

After going over all of the aerobic benefits that carry over between different endurance sports like running and swimming it is easy to assume that it’s equally easy to have a swimmer switch to running with just as much success.

This could be true in some cases, but this would ignore a pivotal difference between these endurance activities - mechanical load and efficiency.

Unlike swimming — which negates the effects of gravity — the impact with each step while running stresses the muscles, tendons, ligaments, and bones.

While the aerobic system in swimmers might be the same (or better) than runners, the force on your body while running means dealing with a far greater risk of impact injuries.

The same cannot be said for runners moving onto swimming, as there is far less impact involved in swimming. However, runners may find it hard to quickly adjust to the new movement pattern of swimming strokes.

There will be a learning curve for any runner trying to transition into the pool because they will not have a refined technique. This could take a long time to learn, much less master.

It might be just as hard to transition between these endurance sports, but for different reasons, which we listed above.

Swimmers will find that it takes months, even years, for muscles, bones, tendons, and ligaments to adjust to the pounding that running puts on your body.

On the other hand, runners may find it difficult to learn the swimming strokes and refine these new movements into an efficient pattern.

There is also far more active engagement from the upper body in most swimming strokes, which will take some time to develop in training.

This does not mean that runners and swimmers would not be good in the other sport, but it will just take time to develop the limiting factors at play.

Which we have defined as mechanical loading for swimmers transitioning to running and mechanical efficiency for runners switching to swimming.

With all of this in mind, we can say that in most cases runners will make good swimmers, but it will take time to develop these skills.

This does not mean runners can easily switch to swimming and instantly compete at a similar level as they did in running, but it means that the transition (while it may be hard) should be smoother than coming from no endurance background at all.

Most importantly, be open-minded and kind to yourself during your transition. Have fun and try to learn from those with more experience in the sport than you.

I would probably be beneficial to find some sort of coach or mentor who can at least provide guidance and advice to help nurse you along in your developmental process.

If the aerobic engine is already there, then it is just a matter of learning and refining your swimming technique.

It will probably take you a little longer than you think to feel reach a level of competency similar to that of your running, but with a little time, effort, and access to a pool you can find plenty of joy in the water.