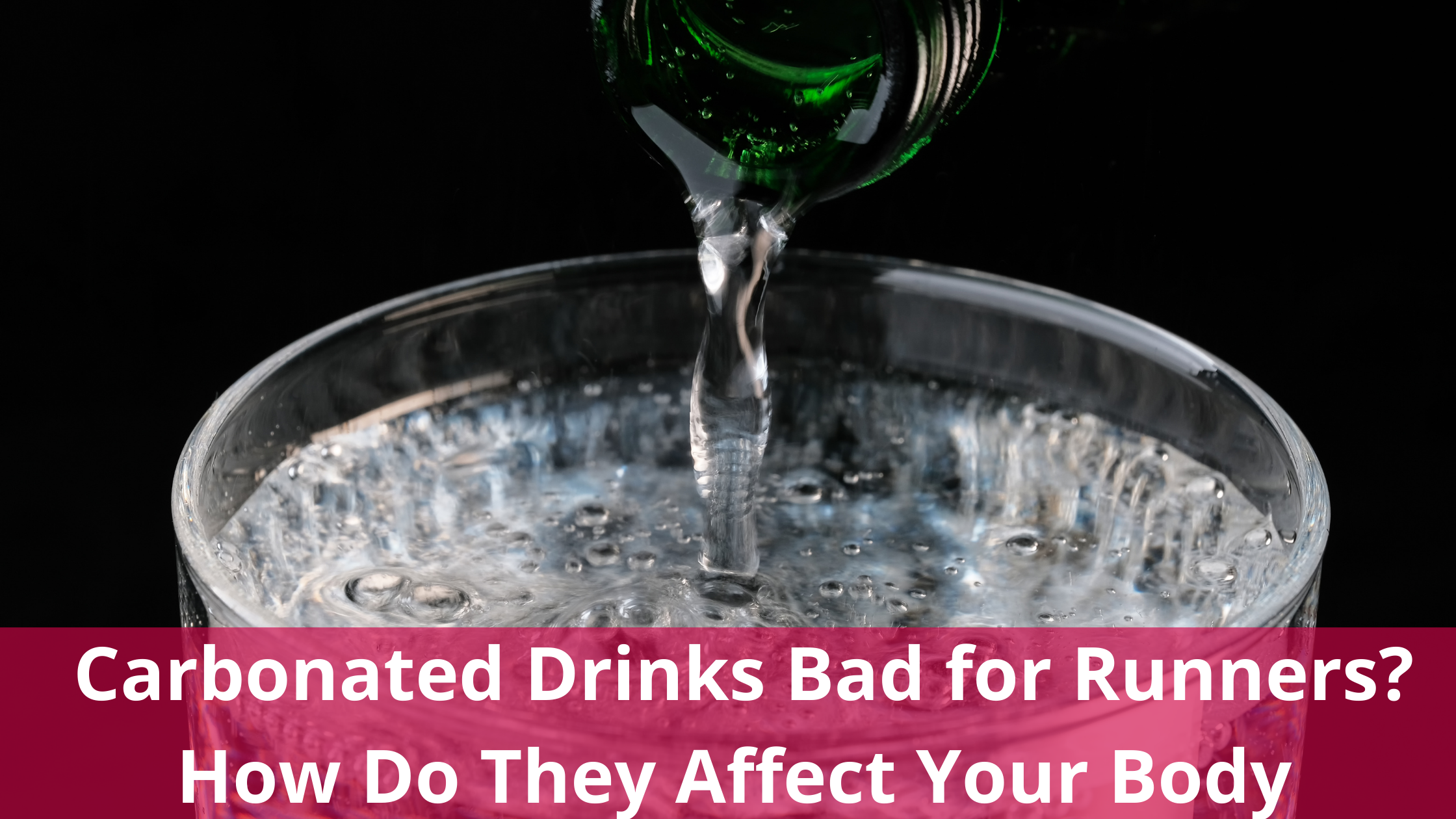 Carbonated beverages are often not the first kind of drink a runner craves just before or during a running session or workout. They work generally the same as non-carbonated drinks when it comes to hydration, but are the bubbles going to be bad for runners?

However, there is no evidence to suggest carbonated beverages are bad for runners if consumed any other time outside of your immediate run.

Are Carbonated Drinks Bad for Runners?

What Are Carbonated Drinks?

Carbonated drinks include carbon dioxide that is dissolved in water. This gas creates bubbles and fizzes inside the liquid. Carbonation occurs naturally underground and also artificially, through pressurizing water. 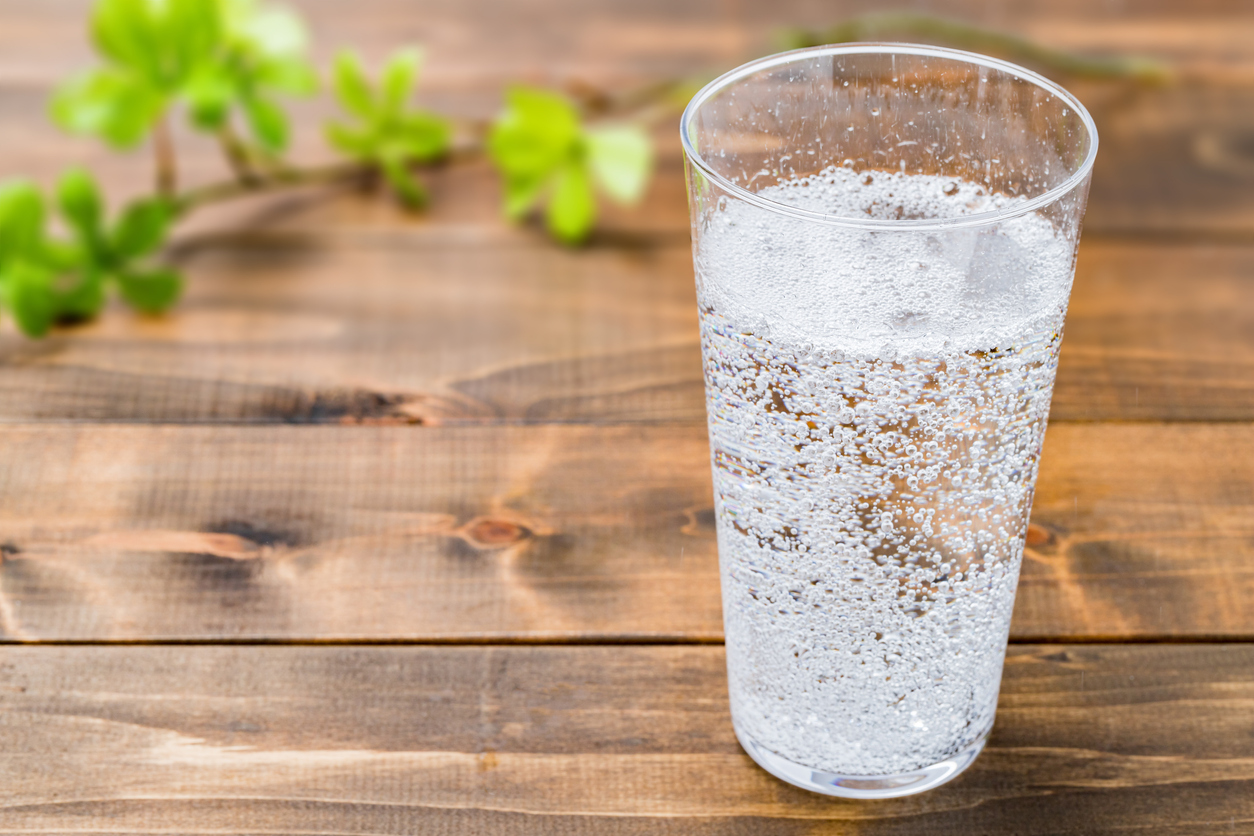 Commonly associated with soda, carbonated beverages come with a stigma that it could be bad for you, but soda is not unhealthy because of the carbonation, but because of the densely packed artificial sugar within it.

There are plenty of carbonated drinks outside of soda, like sparkling or mineral water, that have been shown to ease upset stomachs and provide a refreshing and fun “zesty” texture.

Carbonation is caused in these liquids by the presence of Carbon dioxide (CO2), which is a natural compound made of a single carbon atom and 2 oxygen atoms.

Plenty of beverages are artificially carbonated, this takes place when CO2 is dissolved into the liquid under high pressure, we see this in plenty of “at-home” machines now too. When that pressure is released, small gas bubbles develop.

Furthermore, carbonation occurs naturally when carbon dioxide gas is dissolved into a liquid, like spring water, which absorbs CO2 underground. Fun enough, Beer is also a naturally carbonated drink because CO2 develops during the fermentation process.

So now that we have an understanding of how carbonation occurs in natural and artificial ways, how does it affect runners?

How Will Carbonated Drinks Affect Your Running?

Carbonated beverages will affect runners just like it affects non-runners, it sits in your stomach slightly longer, can have a small burning sensation while you swallow it, and can actually help digestion in your GI and give the illusion of a soothed stomach.

You might experience some burps after drinking this because of the carbon dioxide within your stomach, and it may give you a feeling of fullness more so than a non-carbonated beverage.

Other than that, it depends on what type of carbonated beverage you’re drinking.

Soda often contains high amounts of sugar and some caffeine, so these will interact with your body differently than if you were to just drink mineral water, which would function in all the same ways non-carbonated water does, but with the added fizz and bubbles.

The same goes for beer because even though it is naturally carbonated from the fermentation process, the alcohol within it will intoxicate you and have its own recovery hindrances, but that is not the fault of the carbonation.

Are Carbonated Drinks Bad For Runners?

To clear things up early, drinking a carbonated beverage like mineral water outside of your running sessions will have a neutral (neither good nor bad) effect on you or your runner's performance.

So we can’t say that carbonated drinks are inherently bad for runners. 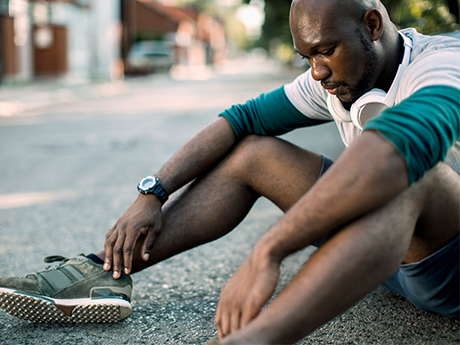 However, carbonated drinks like beer and soda, like a Coke can be designated as being bad for runners if over-consumed on a regular basis. This is obviously not related to the carbonation in the beverage, but the concentration of sugar and alcohol.

Furthermore, you will not see any success by drinking a carbonated beverage directly before or during your run. As the carbonation will only serve to sit a little heavy in your stomach and give you some burps.

Generally, the answer is no, the carbonation in a beverage is not inherently bad for runners. I like a good Coca-Cola but typically not before or after my runs.

When Could Carbonated Drinks Be Helpful?

Carbonated beverages might help soothe your stomach or GI tract after a long and hard run that results from the hard sessions we all tend to know and love. 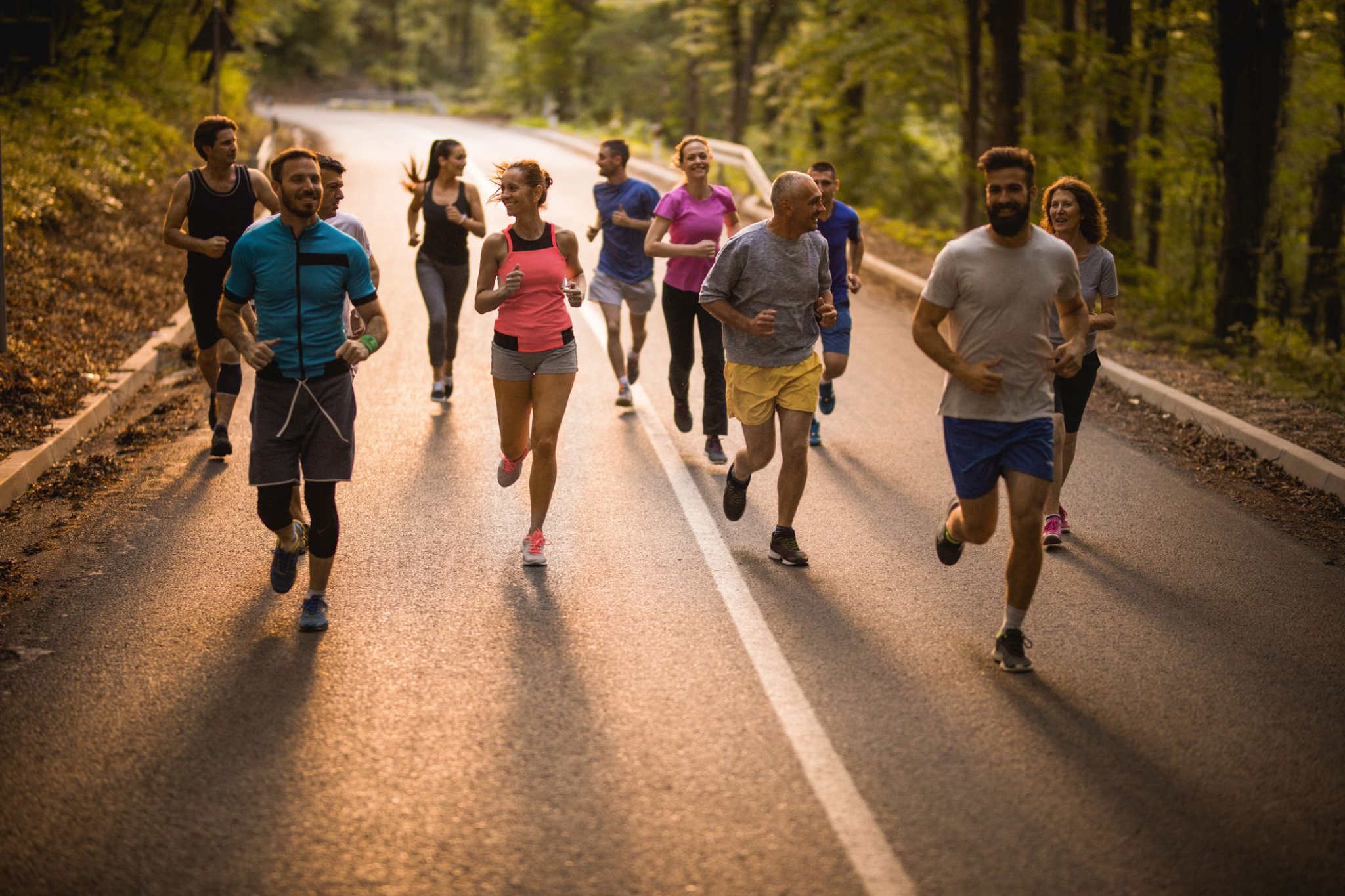 There is very little research to suggest that carbonation provides inherently positive or negative effects, but if something like sparkling water is your preferred beverage during dinner then there is no reason not to drink it.

Try not to drink too many sodas, beers, or sparkling wine, as the sugar and alcohol content in them can definitely have negative impacts on your health and on your running. Moderation is a good exercise though.

This one might go without saying, but there is a pecking order in carbonated beverages and what might be considered better for you over the other.

That is going to look like mineral/sparkling water as being better for you because it functions to hydrate you in the same way regular water would, and beer and soda are on the side of being more unhealthy for you because of the sugar and alcohol content within those respectively.

Non-carbonated beverages are essentially the alternative beverage options for you, which will include any beverage that is not carbonated, either naturally or artificially.

There are plenty of non-carbonated beverages that have high sugar content, as with something like fruit juices, but it's best to test things out and see how your body responds to all of the different beverage options out there.

Just make sure you are drinking enough water in general, as most people, including runners, often go about their day chronically dehydrated.

This can make recovery harder and decrease performance greatly. So if you are going out for a run and your options are only carbonated water or no water at all, then we think you should just go for it and drink the carbonated water. It will help hydrate you.

With all said and done, carbonated drinks are not inherently bad for runners. Each could be good or bad for you depending on the kind you drink, as carbonated water is going to be far better for you than soda, beer, or energy drinks.

Once again, try not to drink carbonated beverages just before or during your run, as this can lead to some increased activity in your stomach that could negatively impact your performance, but most other times of the day having carbonated water will not be particularly bad for a runner.

You can enjoy all of them, but practice some mindfulness and understand how you react to all the different options or just drink water.

How to Start Running with Asthma: A Comprehensive Guide
How To Avoid Having To Poop While Running
Are Bagels Good For Runners? 3 Reasons Why
3 Reasons Why Runners Put Hands on Their Head Post-Race
5 Benefits of Swimming for Runners That Actually Work
8 Best Stretches to do Before Running
Why Do Runners Have Lower Heart Rates? Science Behind It
Bloating After Running – 4 Causes & Simple Remedies