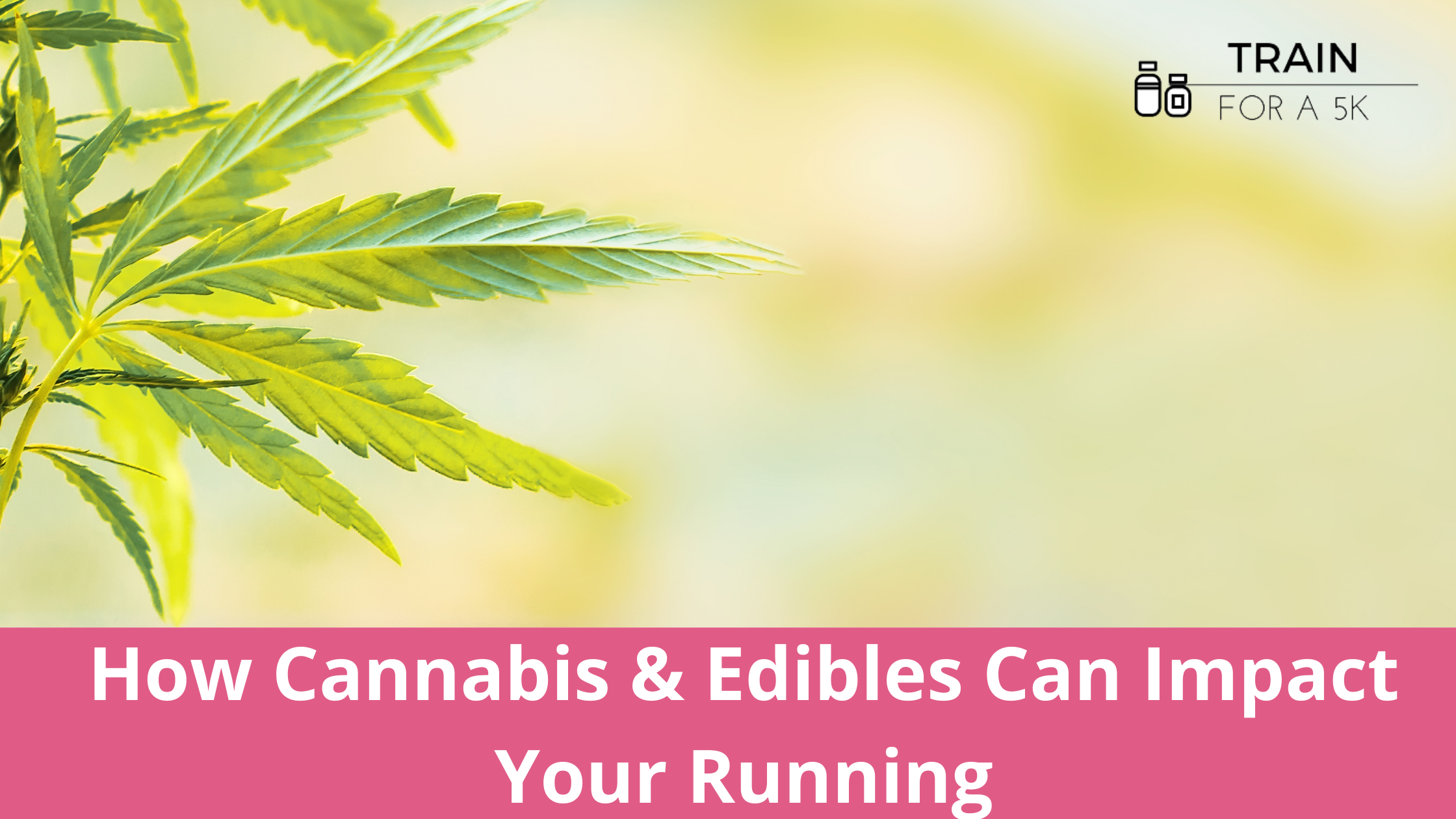 Ever wonder how cannabis and edibles might impact your running? Here's a quick guide to some of the ways in which cannabis can affect performance.

This article addresses the main factors that determine whether a runner should run high or not, the key differences between smoking weed (smoked THC) vs eating an edible, as well as some general guidelines and tips for how long to wait before a run after consuming, how much is too much, and the general performance effects in different situations.

How Cannabis & Edibles Can Impact Your Running

Table of Contents
How Cannabis & Edibles Can Impact Your Running
THC vs. CBD
How does your body consume cannabis edibles?
How long will my high last?
What does edibles do to my heart rate?
Can I use Cannabis for Recovery?
Does Cannabis help focus?
How does Cannabis Negatively Affect Your Immune System?
Does Cannabis Can Impair Short-Term Memory?
Effects; If I smoke marijuana before my run, will it actually help me?
One more thing: Is smoking cannabis and training dangerous?

For all of the claims made in support of CBD, THC is still the component that provides most of cannabis' psychotropic effects. This includes anxiety and mood changes, altered time perception (feeling like time is passing more slowly), and lowered inhibitions.

It doesn't necessarily make you feel high with respect to "getting stoned," but it does lower your inhibitions and make you more open to experimenting and exploring things that perhaps you wouldn't experience sober. 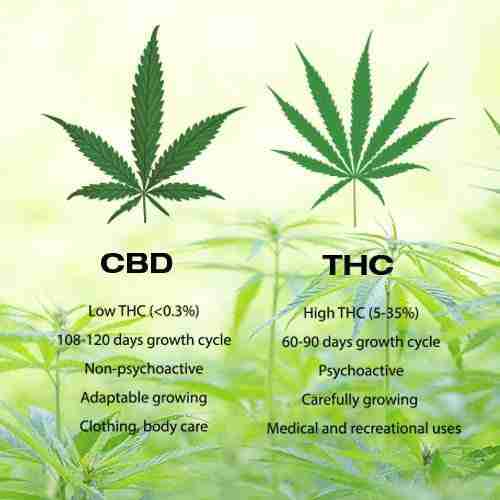 Edibles versus smoked cannabis. Edibles have a very long onset period (over an hour, usually), which is something to keep in mind if you're planning on running soon after consumption.

Their effects last longer too, often for a full 8-10 hours or more. You might not feel the effects right away, so it's easy to eat another edible thinking that nothing is happening, and then an hour later you realize why some people can get paranoid from edibles.

The effect of an edible will also last longer if taken on an empty stomach because the THC has more time to diffuse through the gastrointestinal tract before being metabolized. This means that while it may be more difficult to get high from an edible on a full stomach, you will stay high longer if you eat one when hungry.

Smoked cannabis/THC has an almost immediate onset (within seconds), but generally its effects last only for about 30 minutes.

How does your body consume cannabis edibles?

Here's how it works: 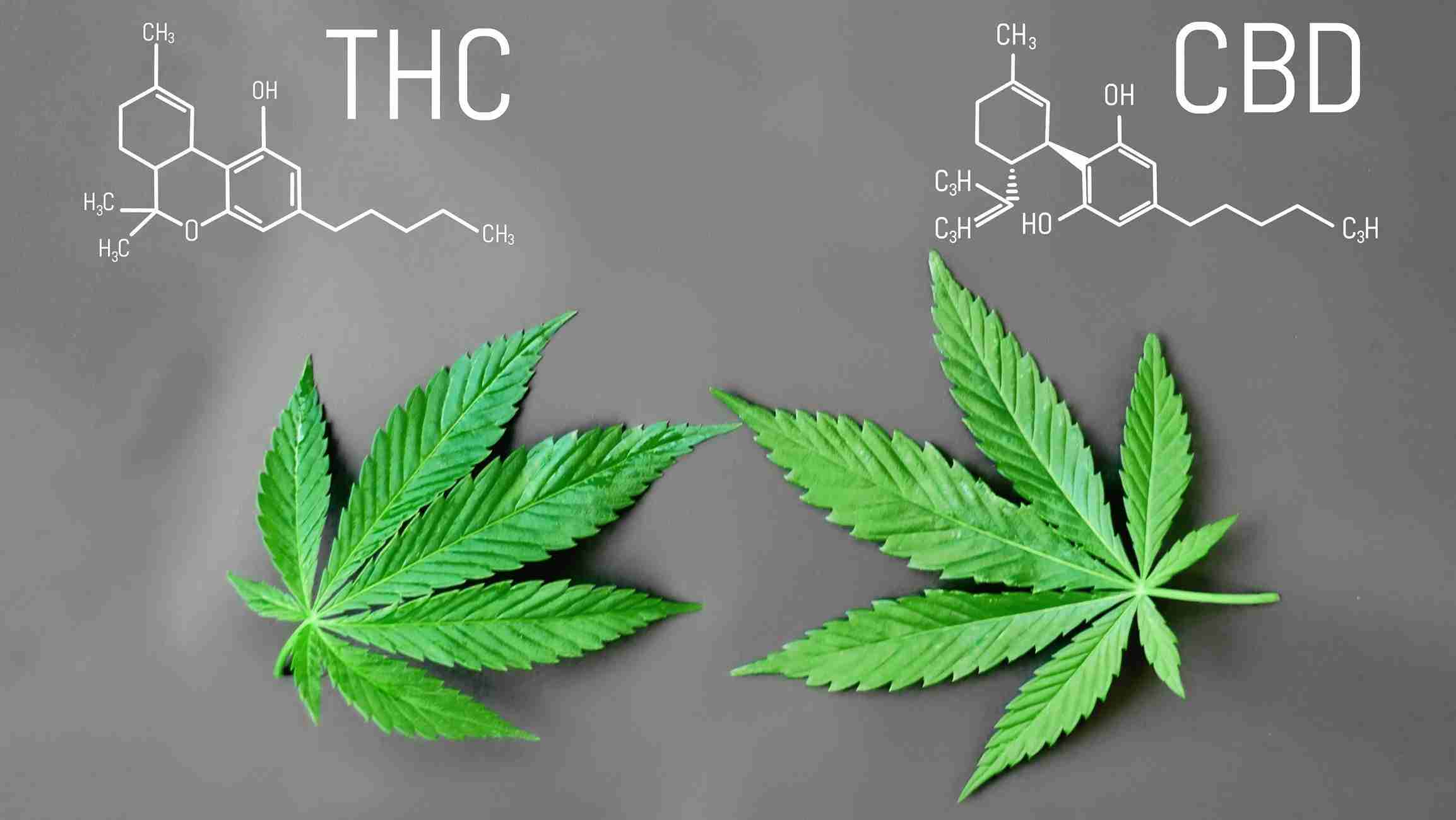 How long will my high last?

Probably about 2 hours from when you start feeling effects (or a bit longer if taken on an empty stomach).

Unless you have access to lab equipment, there's no way of knowing how much 11-OH-THC is in your bloodstream. But the good news is that this will also correspond with a reduction in THC metabolites in your urine.

So if you test yourself after smoking (after 30 minutes or so) and then 6-8 hours later after eating an edible, you will likely test positive after smoking, but not after eating the edibles (you might get lucky and be able to pass it off as old cannabis in your urine).

What does edibles do to my heart rate?

Many people believe that most of cannabis' negative effects on the cardiovascular system stem from smoking. Inhaling smoke can cause damage to the lungs and cardiovascular system by causing inflammation of the bronchial tubes, leading to coughing, wheezing, shortness of breath, and shortness of breath (and a host of other symptoms when you're trying to get through an intense run).

Gram for gram there's actually more tar in an edible than there is in cannabis. But the difference is that it's not smoke that you're inhaling when eating a brownie. The lungs don't get nearly as inflamed because THC doesn't come in contact with them at all - rather, everything happens through the GI tract, where digestion causes most of your stomach cramping. 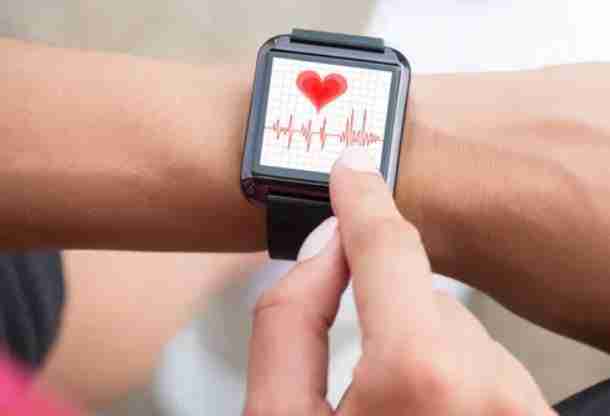 Since THC is metabolized by the liver, it tends to be more cardiotoxic than other forms of cannabis consumption, such as smoking or vaporizing. Some studies have shown 10-30% increase in heart rate with oral doses over 20 mg (but sometimes even lower doses can cause elevated heart rate).

So if you're careful about dosing and stay on the low end of the spectrum, you should have little to worry about. Some studies have also shown a decrease in heart rate after repeated doses - so if you've eaten edibles before, your tolerance may be lower and it might not affect your heart rate as much.

Those who already had existing cardiovascular problems are at a higher risk of developing problems.

Eating cannabis can cause a spike in your blood pressure, which puts extra stress on the heart and increases the amount of time it takes for blood to pump through your body - leading to a slight increase in myocardial oxygen consumption (the amount of energy needed by the heart muscle).

So if you're after that PR during a long distance, you might want to put the brownie down and pick up some gels instead.

Can I use Cannabis for Recovery?

Cannabis has some positive effects as it is a powerful pain reliever, anti-inflammatory and muscle relaxer. Medical cannabis can also help control post-exercise nausea and vomiting, which may occur due to injury or the stress of exercise. 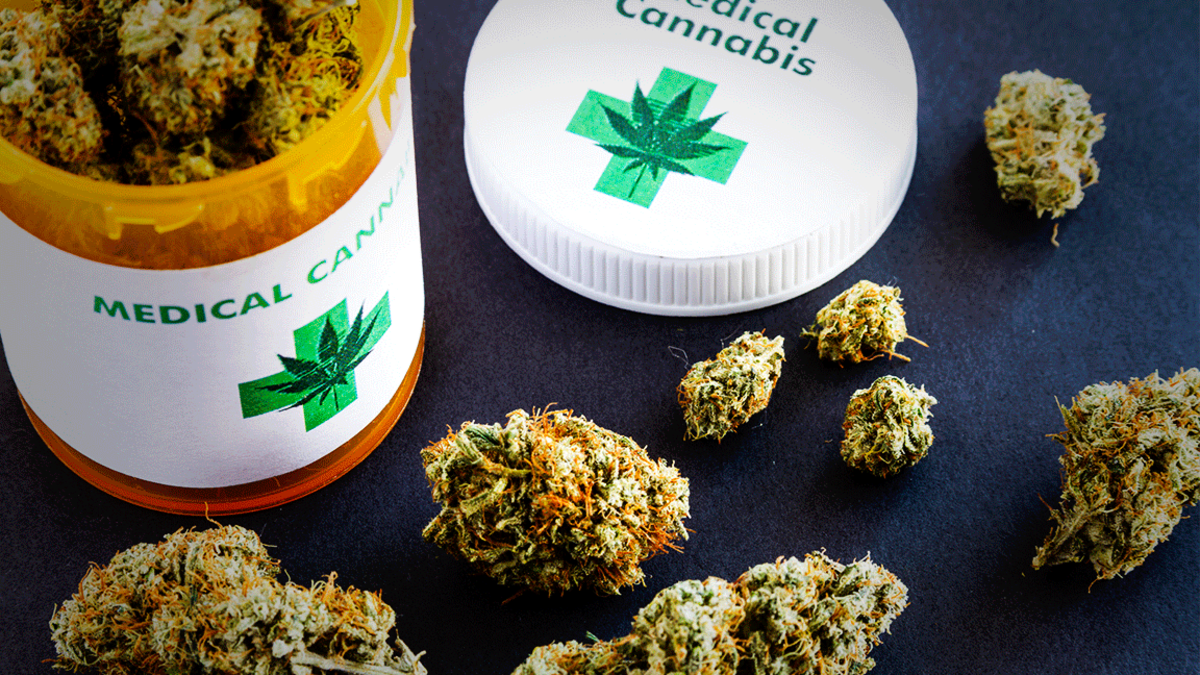 Some athletes swear by using marijuana after workouts. Although evidence suggests that THC impairs certain aspects of athletic performance. Because THC can be detected in the body for several weeks, testing positive on a drug test is still a concern.

Another positive effect, most people who smoke cannabis say it helps them focus. Especially when they are doing something creative that requires attention to detail.

Getting lost in the music or in your thoughts is also a common sensation for those who partake of weed. Many athletes, chefs, and writers have claimed use of marijuana has helped their focus immensely.

How does Cannabis Negatively Affect Your Immune System?

Marijuana smoke and vapor contain many of the same particles and toxins as tobacco. For example, the FDA shares that marijuana smoke contains 50 percent to 70 percent more carcinogenic hydrocarbons than does tobacco, according to a 1994 report in the Journal of Cannabis Therapeutics.

And while cigarettes don't usually cause emphysema, marijuana smokers can suffer this and other lung problems. Cannabis' active ingredient, THC, suppresses the immune system's ability to fight off invading germs and bacteria.

Does Cannabis Can Impair Short-Term Memory?

Research has not shown any direct relationship between marijuana use and impaired short-term memory. However, some research indicates that chronic cannabis smokers can experience a long-term decrease in verbal memory. 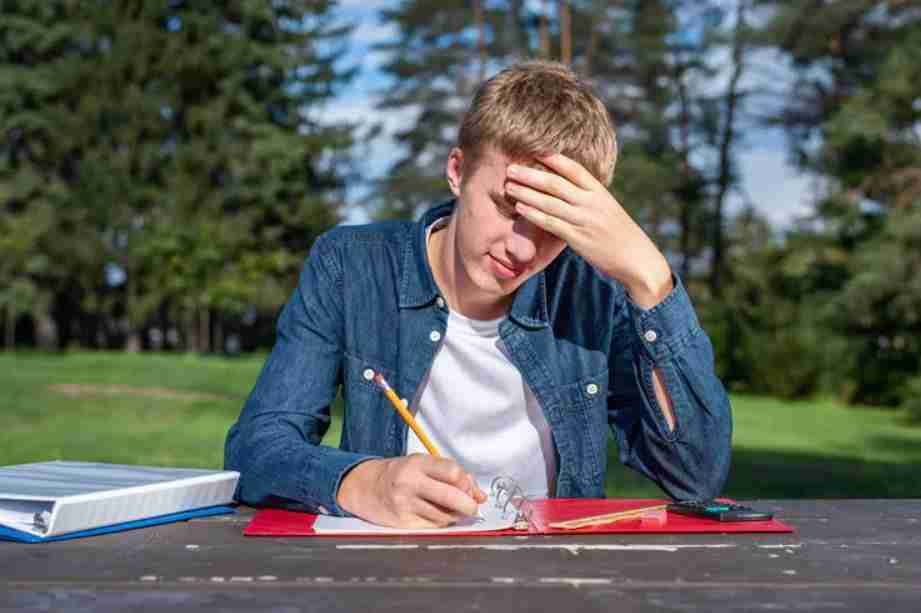 This means that after smoking for a lengthy period of time, you may have trouble remembering people's names or learning new facts. It is unclear if these effects are permanent or temporary.

Effects; If I smoke marijuana before my run, will it actually help me?

The notion that marijuana has performance-enhancing properties remains at the heart of pro-cannabis arguments.

According to a 2013 study published in The British Journal of Sports Medicine, individuals who smoked cannabis two hours before exercise "achieved higher work outputs" during weight training than those who'd smoked a placebo.

The authors concluded that "cannabis had no significant effect on maximal strength but increased velocity and power at submaximal loads."

The same study also claims that cannabis can benefit your time outdoors. Participants who smoked before going on long bike rides were able to cycle longer without reporting discomfort than those who had smoked a placebo.

One more thing: Is smoking cannabis and training dangerous?

While recreational cannabis may be a relatively safe indulgence for most people, it can have negative effects on your health depending on how you consume it. Inhaling smoke of any kind isn't great for lung function.

And many pot smokers are so sedentary that the only physical activity they get is what's involved in getting high. That can lead to a host of problems (see above).

Bloating After Running – 4 Causes & Simple Remedies
6 Reasons Why My Ears Hurt After Running & How to Stop It
Why Many Runners Get Lower Back Pain [Myself Included]
How to Return to Running After COVID Safely (My Experience)
Hungry After Workout? 3 Tips To Avoid Overeating
Are Clif Bars Good For Runners? Yes, But Why?
How Cannabis & Edibles Can Impact Your Running
Do Runners Make Good Swimmers?