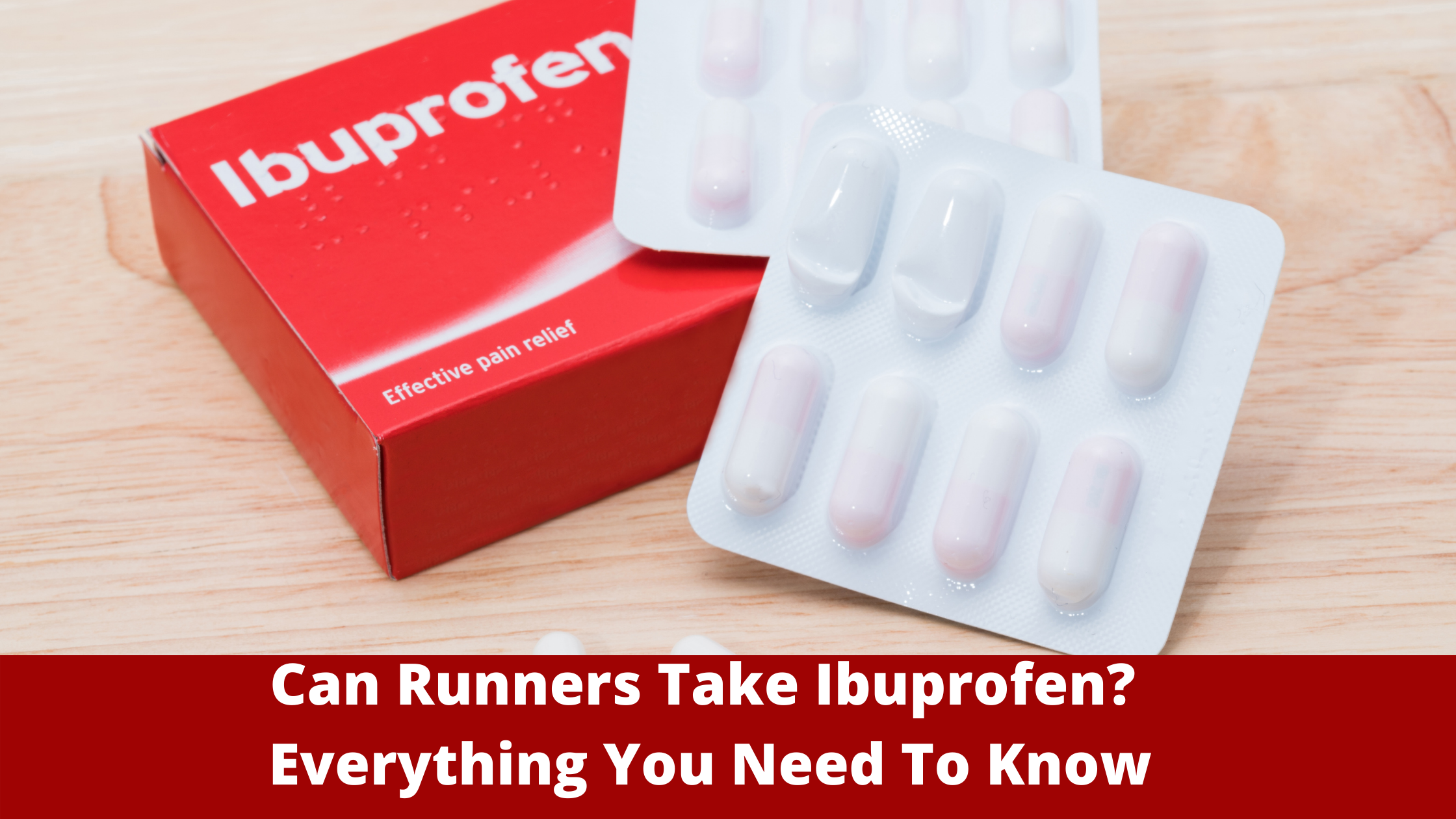 Let’s be honest, most runners (of any level) have either taken or considered taking Non-steroidal anti-inflammatory drugs (NSAIDs) like Ibuprofen and Naproxen for either pain relief or anti-inflammatory benefits.

Most runners do not consider the possible implications associated with such medications.

In modest amounts (600-1000mg a couple days a month), NSAIDs like Ibuprofen can be relatively harmless, but prolonged medication with Ibuprofen can be harmful to your stomach, kidneys and heart, especially during vigorous blocks of training.

After running, you may experience aches and pains and it is totally normal. It is incredibly popular for runners to almost always have a low dose of ibuprofen or naproxen in their bloodstream, but new research has discovered that it might not be quite the same as we once believed.

Let’s go over this study, and then look at some of the practical implications that will apply to you.

Can Runners Take Ibuprofen? Everything You Need To Know

Taking it After Running? Why You Should Think Twice Before Taking High-Doses of NSAIDs

A recent study in the United Kingdom sought to better understand the possible repercussions of taking high doses of NSAIDS.

To do this, the study conducted an online observational, non-interventional, cross-sectional survey of 806 Parkrun UK participants over the age of 18.

The findings were that “Ibuprofen was the most commonly used NSAID at 81.1%”. Out of the 806 participants, a third of runners experienced some sort of adverse drug reaction associated with NSAIDs, most commonly gastrointestinal (stomach/intestine problems).

Furthermore, about half of the runners said that they used NSAIDs without any medical advice at all.

Finally, over 90% of the runners interviewed stated that they would appreciate more advice about NSAIDs like Ibuprofen and Naproxen.

The study concluded that recreational runners are prone to ingesting high amounts of oral NSAIDs, but with more information they might be able to better understand the benefits and drawbacks of taking over-the-counter medication.

How Should You Interpret These Findings?

If we extrapolate this data, it's safe to assume that many recreational runners take some amount of NSAIDs to continue training through pain, or take it for the anti-inflammatory benefits.

There is nothing inherently wrong with taking a modest amount of NSAIDs like Ibuprofen every now and then for pain relief, but prolonged amounts in high enough doses can have health implications on your stomach and kidneys.

This is especially true when an athlete (of any level) is training hard. Running can be hard on the body and taking small amounts can help with pain relief.

A good rule of thumb: if you are taking Ibuprofen for the sake of pain relief just so you can get your run in, then it's best just to take a day or two off to let yourself health naturally.

Furthermore, taking Ibuprofen can aid in pain relief, but it can also prolong the healing process in certain cases. Best to go with the old adage of Rest, Ice, Elevation, Compression (RICE), to help your little injury spots heal up.

The largest misconception with NSAIDs like Ibuprofen is that it allows you to train harder and longer, and this is a little unfounded, as there has been little to no research to suggest this would be the case.

Furthermore, a Dutch study from 2015 noted that though exercise itself will cause the occasional leakage in your intestines from blood being diverted from organs to muscles during exercise, any damage is minor and temporary at most.

Conversely, athletes who did take ibuprofen, the cells didn’t return to normal for several hours.

To say it plainly, although we know that there are indeed short term repercussions to the use of NSAIDs during strenuous activity, we do not actually know the potential long term health effects of taking this medication.

Please be aware that you should always consult your doctor before taking any sort of medication. You should understand the benefits and drawbacks, and why you are actually ingesting this medication (even if it is over-the-counter).

How You Can Still Take Ibuprofen and Other NSAIDS 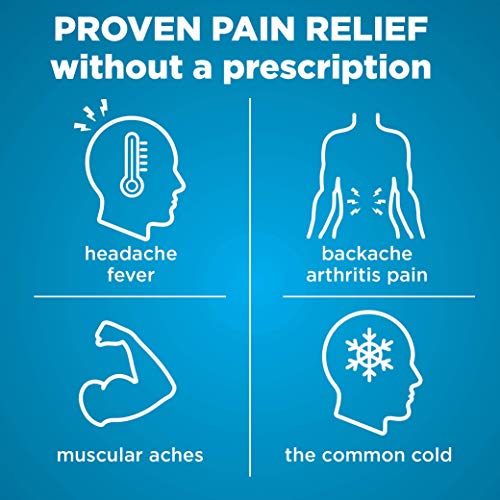 As we said before, consult your doctor before taking any sort of medication, including NSAIDs like Ibuprofen.

The general recommendation for adults (18+) to aid in mild pain is 400 milligrams (mg) every four to six hours, as needed.

Preferably with a meal so your stomach can process into your body more effectively. If you experience any stomach pain, stop taking it immediately.

For reference, Ibuprofen usually comes in a dose of 200-220 mg per pill, so you would be looking at about 2 pills, twice a day, with breakfast and dinner.

Ideally, you should not be taking part in any vigorous exercise while medicating with NSAIDs like Ibuprofen, but if you are a runner you might ignore that. Just make your best effort to be smart in how you apply NSAIDs within your training regiment.

Ibuprofen should be able to be applied into your medication within reason, but you should understand the good, the bad, and the harmful when it comes to taking these medications.

Taking NSAIDs like Ibuprofen are not the only way to seek pain relief and anti-inflammatory benefits. There are many safer and more effective methods of recovering from your vigorous training.

Although these are not the most exciting means of recovery, these are all linked to faster recovery, improved performance, and long term quality of life. Give these a try before hopping right into finding a pill that will solve your problems.

How is Advil different from ibuprofen?

Ibuprofen is indicated for the treatment of symptoms and relief in rheumatoid arthritis and osteoarthritis, as well as common aches and painds and menstrual cramps (primary dysmenorrhea). Bayer Aspirin, Ecotrin, and Bufferin are some brand names for aspirin. Motrin and Advil are two ibuprofen brands

Finding the balance between helpful and harmful can be hard when taking NSAIDs like Ibuprofen, but to summarize your findings make sure you consider all of the following:

Hopefully with these general guidelines you will be able to make an informed decision about how to either safely medicate with NSAIDs like Ibuprofen, or understand the alternative methods of treatment. Taking it after a race is totally normal.

How To Breathe When Running – 4 Tips for Better Breathing
How Cannabis & Edibles Can Impact Your Running
6 Best Post-Run Stretches To Keep You Loose
Do Runners Make Good Swimmers?
Does Running Make You Taller (Spoiler Alert: NO)
Blue Emu vs Biofreeze
7 Reasons Why Running is Giving You a Headache
5 Benefits of Hot Yoga For Runners