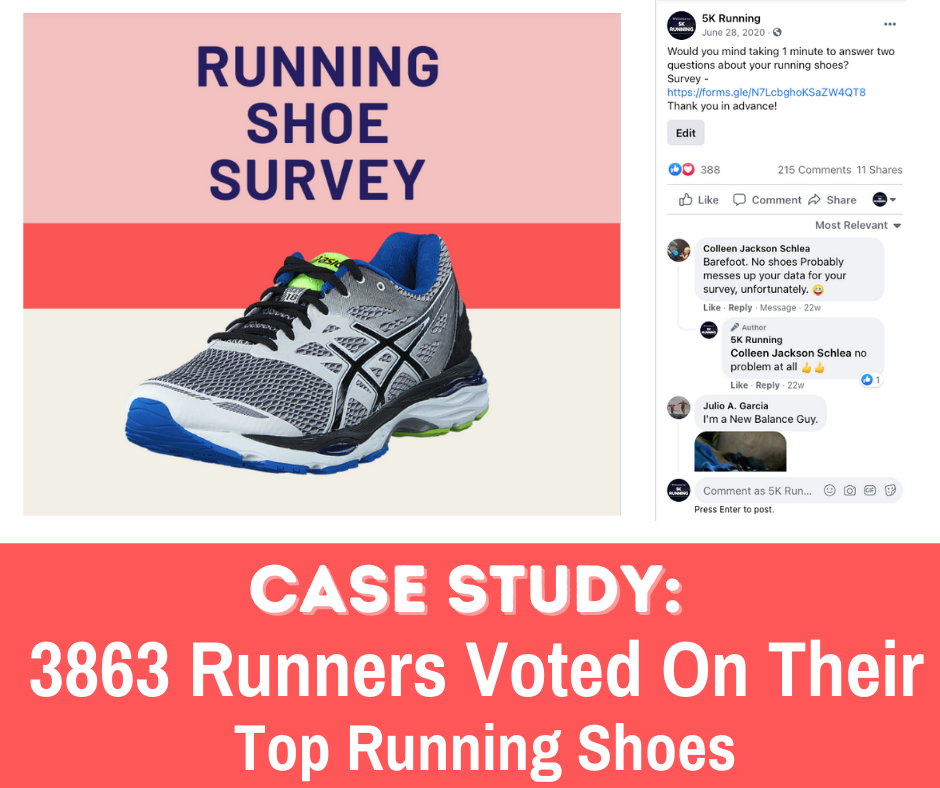 From June through December, I ran a survey through Facebook and with my email list. The goal of the survey was to ask real runners what shoes they prefer to wear when running.

The most popular running shoe brand based on 3863 survey responses is Brooks, who garnered 29% of the nationwide votes and the top running shoe overall is the Brooks Ghost line, who received 10% of the overall submissions.

Below we break down the  actual runner responses in the largest statistically significant running shoes survey ever.

Here are, by vote the most popular running shoes.

My goal was to keep it super simple - ask as few questions as possible but ask the RIGHT questions to get good, statistically significant answers.

What Running Shoe Brand Do You Wear When You Run?

A simple question which allowed survey takers to type in a specific brand or choose from a list.

What Running Shoe Do You Wear When You Run? (Brand and Line of Shoe)

After question one the next question allowed survey takers to answer by writing in the specific shoes that they like to wear.

Once I had the Google Form setup, I posted it to my running Facebook page and emailed folks on my list. After the first week, I had hundreds of survey responses and a bunch of comments.

I decided to spend put some money and advertise it on Facebook to a wide running audience. Here are the final numbers on the actual post which does not include folks who actually submitted the survey. 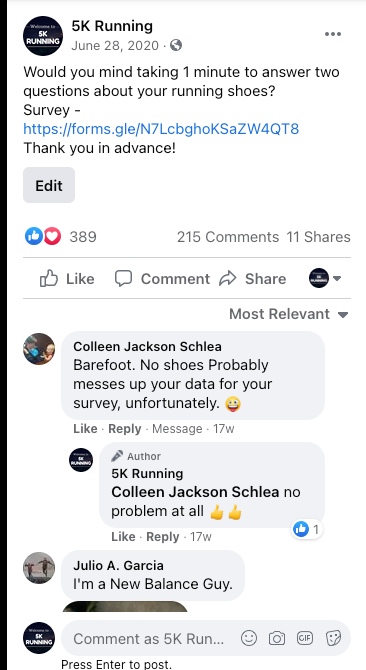 Here is the actual data from the survey. Taking what was posted in the comments AND the survey to compile this information.

What Running Shoe Brand Do You Wear When You Run?

Other Brands Receiving 3 or less Votes

Question#2: What Running Shoe Do You Wear When You Run? (Brand and Line of Shoe)

Before I break down the tally for each shoe, there were over 415 different shoes  were submitted in the survey.

Other Shoes Receiving 50 or less Votes

Very interesting information - I was quite surprised that Brooks Ghost, Adrenaline, and Launch received 804 votes or almost 20% of all of the votes.