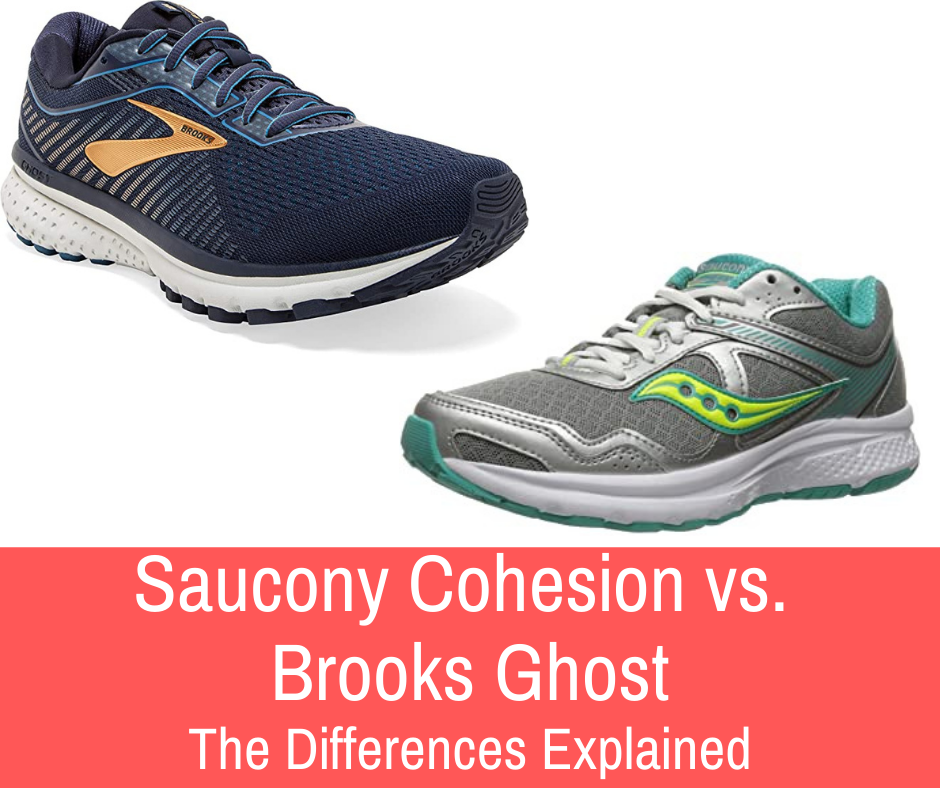 Only real runners know how a big deal it is to choose running shoes.

You need shoes that fit well -not so tight that it hurts, nor roomy that it hinders running-, good cushioning for a comfortable ride, and decent support for your feet, ankles, and knees.

In this article, we’ll be comparing Brooks’ and Saucony’s shoes, two of the most well-established running shoe manufacturers.

We’ll be looking at Saucony Cohesion vs. Brooks Ghost.

Brooks as a brand is one of the most popular running shoe companies as they strictly focus on running shoes. Brooks Ghost 13 (full review) easily earns its place among the best everyday running shoes. Combining endurance and comfort, there’s nothing else to ask from Brooks!

The Ghost is among Brooks’ most endurant shoes. In its 13th edition, they managed to take its cushioning up a notch for a plush ride and a fit that’s true to size.

This is a neutral running shoe for mid-tier runners who don’t overpronate. It’d work well for on-road and pavement runs. These are efficient everyday trainers.

Saucony Cohesion 13 works nicely as entry-level running shoes. It’ll provide you with a comfortable fit, excellent breathability, and a lightweight. Yet, don’t expect something more.

While it doesn’t score best in a specific property, it has no fatal flaws, and at this price, it actually over-delivers!

Cohesion 13 works better as everyday shoes that you work for regular light training. You can consider them as entry-level running shoes. They won’t disappoint.

Is Saucony Cohesion good for running?

The Cohesion 13 is an excellent, durable running shoe. It's not the most thrilling, but it delivers on all areas including support, durability and comfort.

Saucony Cohesion vs. Brooks Ghost - Which Is Better?

Let’s try these shoes on and get into the juicy details.

Trying both shoes for the first time was a fun experiment. They both sport good looks. Saucony Cohesion 13 looks more edgy and fun, unlike the standard Saucony trainer’s appearance. 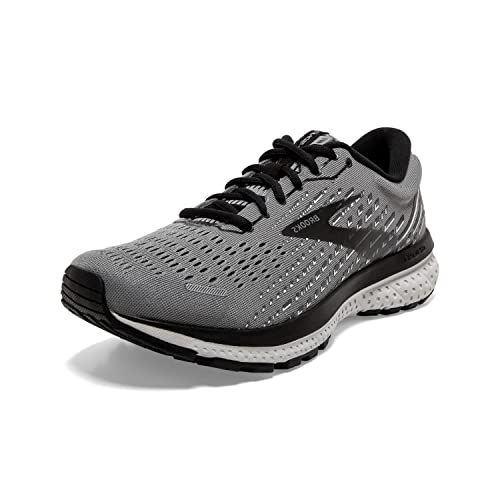 Landing in Ghost 13 was a typical smooth landing into the plush, one that you’d expect from Brooks trainers.

The mesh upper is breathable and comfortable, and the sizing is accurate, but it tends to be on the “roomy” side of sizes.

Wearing Cohesion 13, you’ll notice how lightweight and breathable it is right away! You’ll get that feeling that you’re not wearing shoes, which is comfortable. 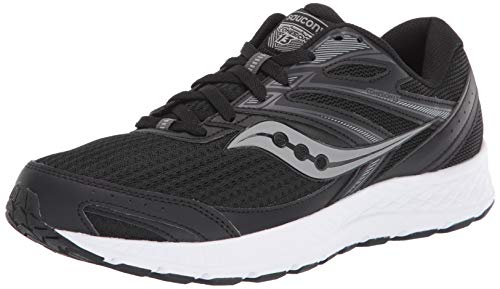 However, for running enthusiasts, it feels like it lacks some technology. Our thoughts were that these shoes would be perfect for gym training. But running? We don’t think so.

While their BioMoGo works out the medial side. These two contribute to the comfortable ride you get from the shoes. Yet, Ghost 13 is still behind when it comes to responsiveness.

The upper of the shoe is made of “Air Mesh,” which is basically extra-breathable light mesh. It features some foam padding at the tongue and collar, like most of Brooks’ shoes. 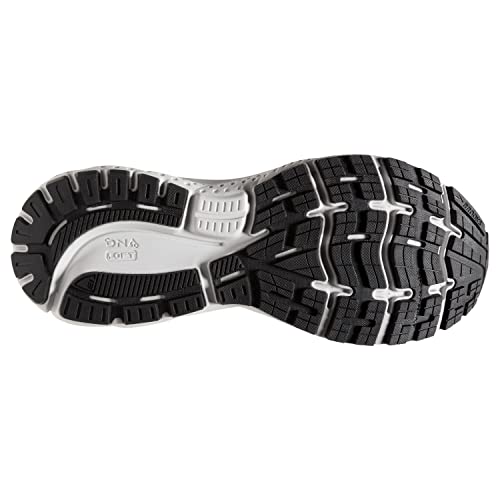 When it comes to the heel cup padding, it’s thick and light at the same time. However, some reviewers complained of it wearing down over time.

The midsole cushioning is of Versarun foam that intends to provide comfort and reduce shock absorption. The shoes also feature a cushioned footbed that offers added cushioning.

Does it succeed in doing so?

Well, it works well for walking, jogging, and light running. If you increase your speed or run for longer miles, you won’t feel the effect. As we said before, these aren’t pro runners’ shoes, per se. 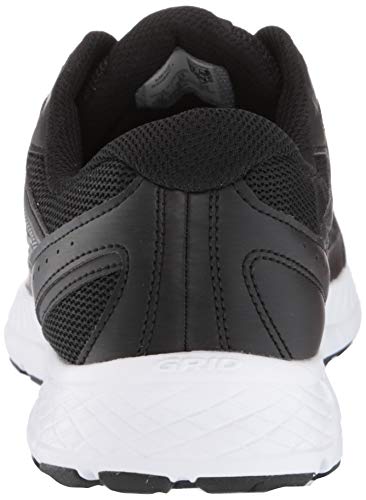 The upper structure is classic Saucony. It’s made of well-ventilated mesh with synthetic overlays to provide form and durability. Honestly, they do quite an impressive job here. Yet, don’t expect the shoe to conform to your foot shape.

Similar to Ghost 13, the tongue and collar are padded to provide ankle comfort and prevent the shoelaces from rubbing against your foot.

When it comes to comfort, it’s a tie. Only in these shoes, though. Generally, the Ghost line of Brooks is more comfortable than Saucony. The Ghost is more responsive, while Cohesion is lighter.

The Ghost features a 12 mm heal-to-toe offset, which results in a decent response, especially for rearfoot runners. Besides, it helps smooth transitions, making the Ghost more than a regular training shoe, one for runners. 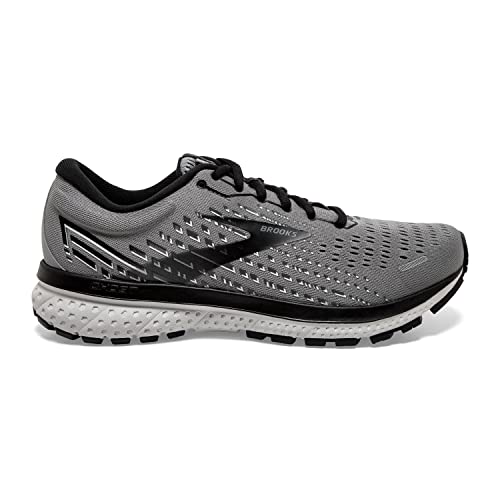 In addition to that, the extra foam padding in the heels contributes to enhanced shock absorption, which again serves the running purpose. It also helps with its stability. The Ghost is marketed as stability shoes, after all.

Regarding the outsole, it’s made of soft rubber. The heel part has harder wearing rubber that gets softer in the forefoot area. The smooth thick rubber outsole makes transitioning in Ghost a bliss! It does make it less durable too. 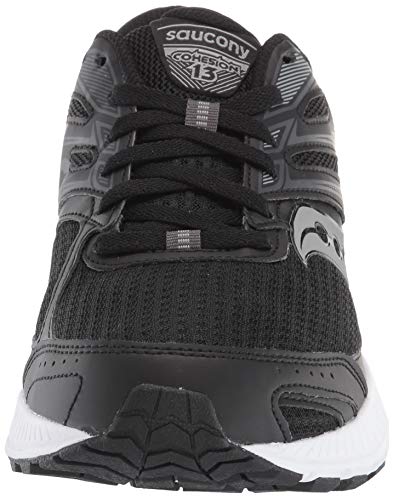 On the other hand, Cohesion has no under-arch support. It comes as no surprise though at this price range. Its outsole is made of durable rubber that has a good grip of asphalt. In fact, we think it beats the Ghost in this area.

There you have it. All that can be said and done when it comes to comparing Saucony Cohesion to Brooks Ghost!

As we said, Brooks Ghost is a running shoe, while Saucony Cohesion tends to be regular everyday trainers. You can choose based on your needs here.

If we had to choose based on what we said, we’d probably go for Brooks Ghost.