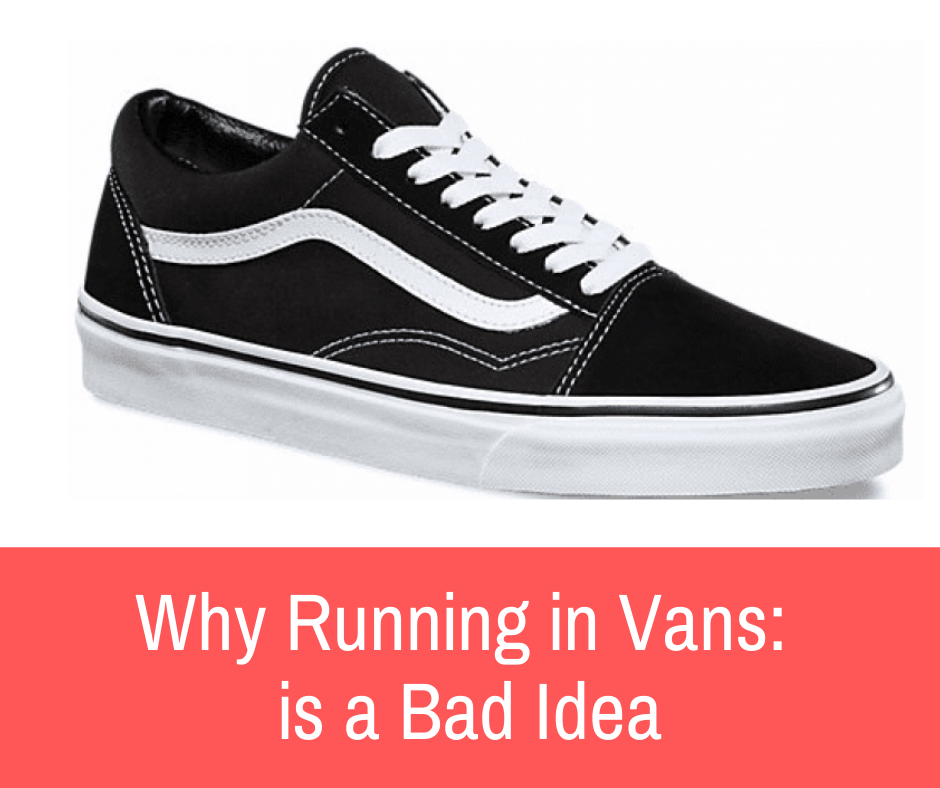 Running shoes are undoubtedly the best option for running. Every aspect of them is optimized to fit the forces and mechanics of that exercise.

But unfortunately, not every runner can afford them. A good pair might cost around $120. And they typically wear off after 6 months.

That’s why some people have been shifting for the classic Vans. They’re affordable, sturdy, and fashionable. But are they good for running?

Not really!  In this article, we’ll dive deeper into the details of a Vans pair. I’ll explain how each aspect fails to satisfy the requirements of running.

Are Vans Good for Running?

As a general rule of thumb, Vans do not provide the support, durability or cushioning that running shoes require. Most Vans are designed as causal or walking shoes and are not created as a true running shoe. 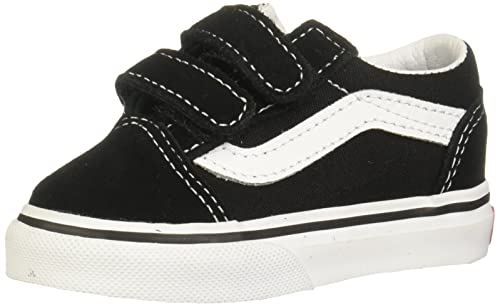 A classic Vans pair might weigh anywhere around 2.5 lbs. On the other hand, a pair of Nike React Infinite Run weighs 10 ounces only.

Some people might argue that the heavier the shoes, the more your muscles will grow. But these people fail to realize that running is totally different from working out and lifting weights.

When you wear heavy shoes, you’ll be forced to land on your heels. Research has shown that this type of gait is highly destructive to your knees, hips, and even back.

It’s also believed to be a leading cause of a condition known as Runner’s Knees.

Light shoes, on the contrary, encourage you to land in the most natural way over the balls of your feet.

This way, a big part of the running forces dissipate through the elastic tissues in the feet’s arches.

Vans Don't Have an Arch Support 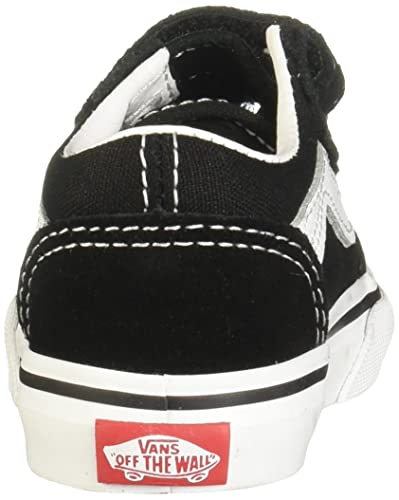 When you stand barefoot on the floor, your feet must be slightly lifted off the ground around the inner middle part. In fact, these are the elastic arches that I spoke about earlier.

Technically speaking, you can run without having your arches supported. That’s how our early ancestors managed to hunt barefoot. However, this might expose you to a series of musculoskeletal problems in the future.

This issue becomes even more crucial for people who suffer from flat feet, plantar fasciitis, or any similar condition affecting the feet. In these cases, wearing the archless Vans will put tremendous forces over your feet, which would intensify pain and damage over the long run.

Since they came out in the ‘70s, Vans has become the go-to option for skateboarders. Their sturdy, firm sole meant better and more effective pushing.

But is that what you want while running? No, not by a long shot!

According to the latest studies, the force exerted by running can reach anywhere between 5 and 12 times your weight. So if you weigh 200 lbs, you might be loading 2,000 lbs on your knees with each stride! That’s almost as heavy as a horse!

That said, running shoes must provide major cushioning to alleviate some of this massive force. Otherwise, this force will be carried on to your knees, which might damage the cartilages and ligaments found there. 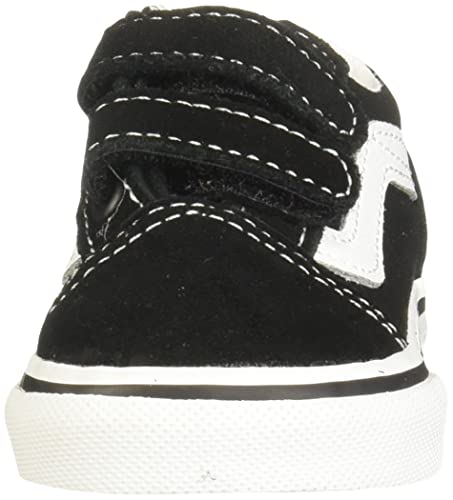 In terms of sturdiness, classic Vans could be among the best shoes ever made. However, this doesn’t necessarily mean that they properly support the runner’s feet.

Typically, a pair of Vans should feature an upper made of canvas alone or alongside leather. Either way, these materials don’t provide enough lateral support, especially around the heels. As a result, the likelihood of overpronation injuries significantly increases.

On the other hand, several athletic brands equip their shoes with additional means of support. Take the New Balance Roav V1 for example. These shoes have a rubbery material hugging the posterior part of the heel. They won’t completely prevent injuries, that’s for sure. But they’ll greatly decrease the risk.

Naturally, your feet splay a bit as you're running. It’s a pretty reasonable mechanism that guarantees better support and more powerful strides.

Obviously, you need to wear shoes that have enough space to allow for the toe splay.

Most running shoes excel in this matter. The Brooks Men’s Ghost 12, for instance, have noticeably wide toe boxes for you to comfortably spread your toes. Moreover, their breathable upper gives more room for intensive workouts.

Clearly, Vans are way more different. Their toe boxes are narrow and the canvas doesn’t provide the same stretch.

As you might expect, this won’t prevent the natural splaying reflex from happening. Consequently, you’ll be at a bigger risk of developing ulcers, calluses, and hammertoes.

But to be fair, this doesn’t apply to everyone. If your feet are naturally narrower than average, you might find the Vans perfectly comfortable.

Naturally, your feet alternate between flattening and bending hundreds of times as you’re running.

This is crucial for your running mechanics since the bent feet push the whole body forward as it flattens.

The midsole of Vans isn’t made to allow for such bending. But again, this can’t prevent a natural reflex hardwired into our genes. As a result, this will load more and more forces on your feet’s arch, increasing the likelihood of injuries.

And since you won’t receive the same powerful push, you’ll start feeling tired much earlier than usual.

If Vans Aren’t Good, What Should You Wear?

Now that we’ve established that Vans aren’t the best running gear, you might be searching for an alternative. In addition to the previously mentioned shoes, here are some of my favorites. 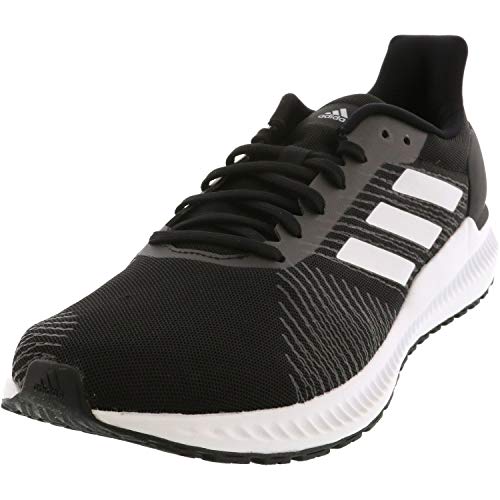 If you’re searching for something as affordable as Vans, this should be your best bet. The solar blaze balances well between sturdiness and compressibility to avoid torturing your feet. 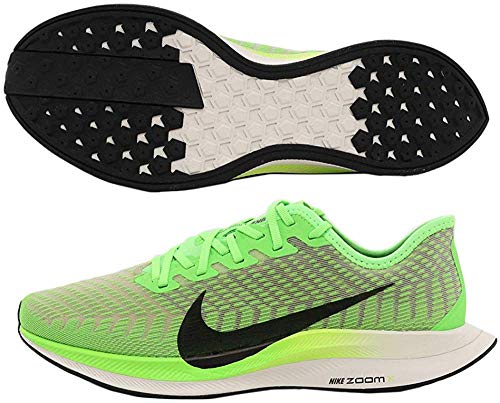 As usual, Nike astounds us with how light their shoes could get without messing with the performance. As a plus, their design is simply stunning.

Is running in Vans wrong? Not exactly. But it’s certainly not your best bet. Their heavyweight build and stiff midsoles can be fine for short runs, but they’re highly destructive for consistent running and long distances.

If you’re considering Vans out of a tight budget, you can find plenty of affordable alternatives specifically-built for running. They won’t be that durable, but they’re definitely less harmful.

I hope this review answered your questions. Consider sharing it with a friend who likes running in Vans.

New Balance Vs Brooks (Complete Comparison)
Asics Nimbus vs Cumulus: The Differences
Mizuno vs. Asics ; Complete Comparison
Altra vs Brooks; Which Brand is Right for You?
Should Runners Have 2 Pairs of Shoes? – Yes, But Why?
New Balance Fresh Foam vs. Adidas Boost
Saucony vs. Nike – Which Brand is Right For YOU?
Asics Kayano vs GT 2000: The Differences