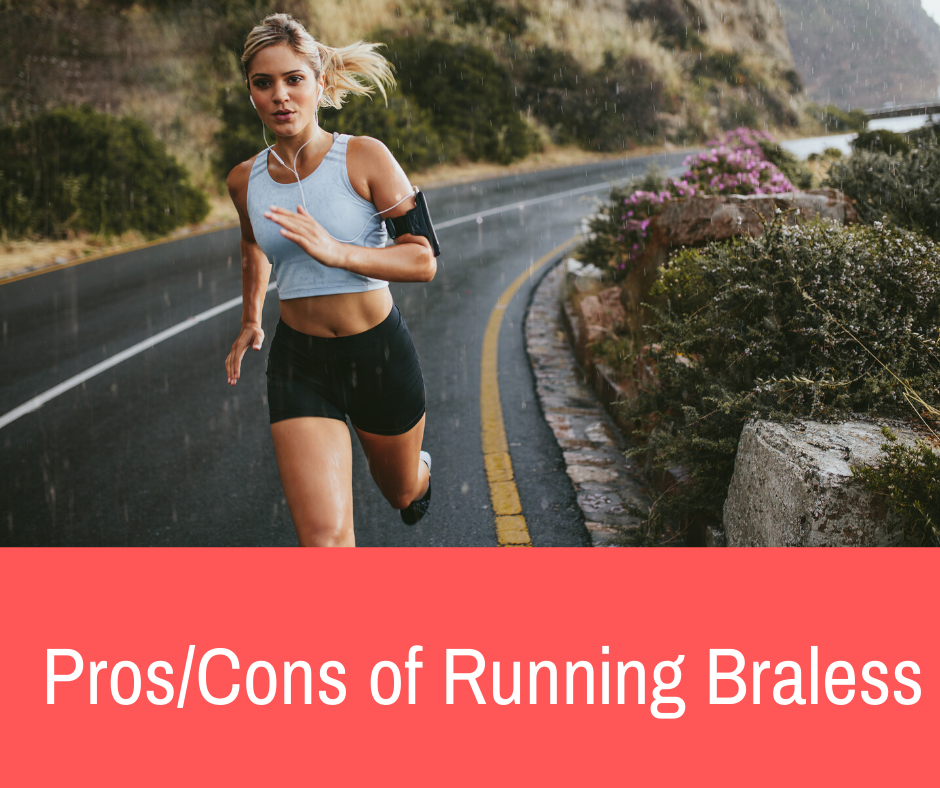 So you wake up, do your morning routine, then decide to head out for your usual morning run.

As you get ready for the exercise, you realize your sports bra is in the laundry.

Your options are to skip the running session and go through the day feeling less energized, or embrace the absence of your bra and run braless.

Most women have been told that wearing a sports bra is essential during any type of workout. But today, we're tackling the topic as we discuss the pros and cons of running braless.

Is it painful? Is it Comfortable? Can it cause sagginess?

Or is it actually better for your breasts? Keep reading to find out more about running braless.

A long-running French study has proven that wearing bras is likely to be the reason beasts lose their shape over time. The study suggests that the support of bras weakens the muscles in the chest, causing the breasts to drop.

According to Dr. Donnica Moore (MD, host of the podcast In The Ladies Room, and women's health expert in Chester, NJ), the breast tissue can stretch over time if you never wear a bra to exercise.

However, going braless every once in a while isn't going to cause any significant changes. Plus, it's totally normal for your breast shape to change as you get older anyway.

All the tightness and squeezing around your chest area compresses major blood vessels and can slow your circulation, which has been linked to possible cardiovascular issues in the long run.

Besides allowing for better blood flow, not wearing a bra means that sweat and dirt won't be trapped against your skin by a tight sports bra. This reduces the chances of developing rashes, acne, and inflammations on your breasts from running.

The French study we mentioned above sheds light on other ways that running braless may help improve your breast health. Scientists have found that wearing a bra too often may be compromising your ability to grow healthy breast tissue.

Healthy breast tissue can reduce the risk of various breast diseases (such as breast cancer) and help strengthen chest muscles. For these reasons, it may be a good idea to run braless whenever you get the chance.

Bras are expensive, even more so when we talk about sports bras. You may end up paying up to $100 for a quality sports bra, so owning a few ones can take a toll on your wallet.

If you run braless, you won't need to buy as many sports bras, which in turn, saves you money.

The breasts move independently from the rest of your body and their weight is naturally supported by 2 structures: the skin itself and ligaments called Cooper's ligaments.

The purpose of wearing a sports bra – and any bra, really – is to support the weight of your breasts and minimize their movement while you work out.

The skin can resist a certain amount of strain, but if the exercise becomes too vigorous, it won't be able to provide the needed support. This can lead to breast pain as the tissues get irritated.

Some people can tolerate this just fine and they run braless, while others simply can't take it and have to wear a bra.

One issue that stops many ladies out there from running braless is avoiding unwanted attention.

It may be because you don't want others to judge how your body looks or you're just not comfortable with people eyeing your bouncing pair.

Both are valid reasons for deciding against running braless.

3. May Compromise Your Performance

Not wearing a bra can negatively affect your performance as some research has shown that women have to work harder without a bra than with a sports bra due to increased upper body muscle activity.

This means that if the breasts aren't properly supported when running, the use of the upper body muscles will increase.

You may also experience a change in breathing patterns. Running without a bra puts more pressure on the rib cage, so your breathing is likely to be shallower and quicker.

4. Can Cause a Change in Running Gait

A study conducted by the University of Portsmouth has shown that wearing an incorrect sports bra or any sports bra at all can cause a change in running gait.

They found that stride length decreased by 4cm. There was also a reduction in body rotation as well as the range of movement in the arms.

Contrary to popular belief, ditching your sports bra the next time you go running isn't an outrageous idea. As we mentioned, there are several reasons why it can be beneficial for your body.

So, should you run with or without a bra?

Well, after studying the pros and cons of running braless, it's probably safe to say that a little bit of both is the best way to go.

Of course, the decision is totally up to you if you want to never wear a bra while running. But if you feel physical discomfort, then you're probably better off alternating between both options.

This way, you also won't be missing out on the benefits of either choice.

5 Benefits of Chia Seeds for Runners
6 Ways to Exercise During Quarantine
Beginner Running Tips – 26+ Experts Share Their Favorite
7 Reasons Why You Should Go Running with a Hat On
Pros & Cons of Running Without Socks
Is Running A Color Run with Asthma Safe? The Science Behind It
Is it Better to Run Faster or for Longer? Pros/Cons of Both
What to Wear for Cold Weather Running