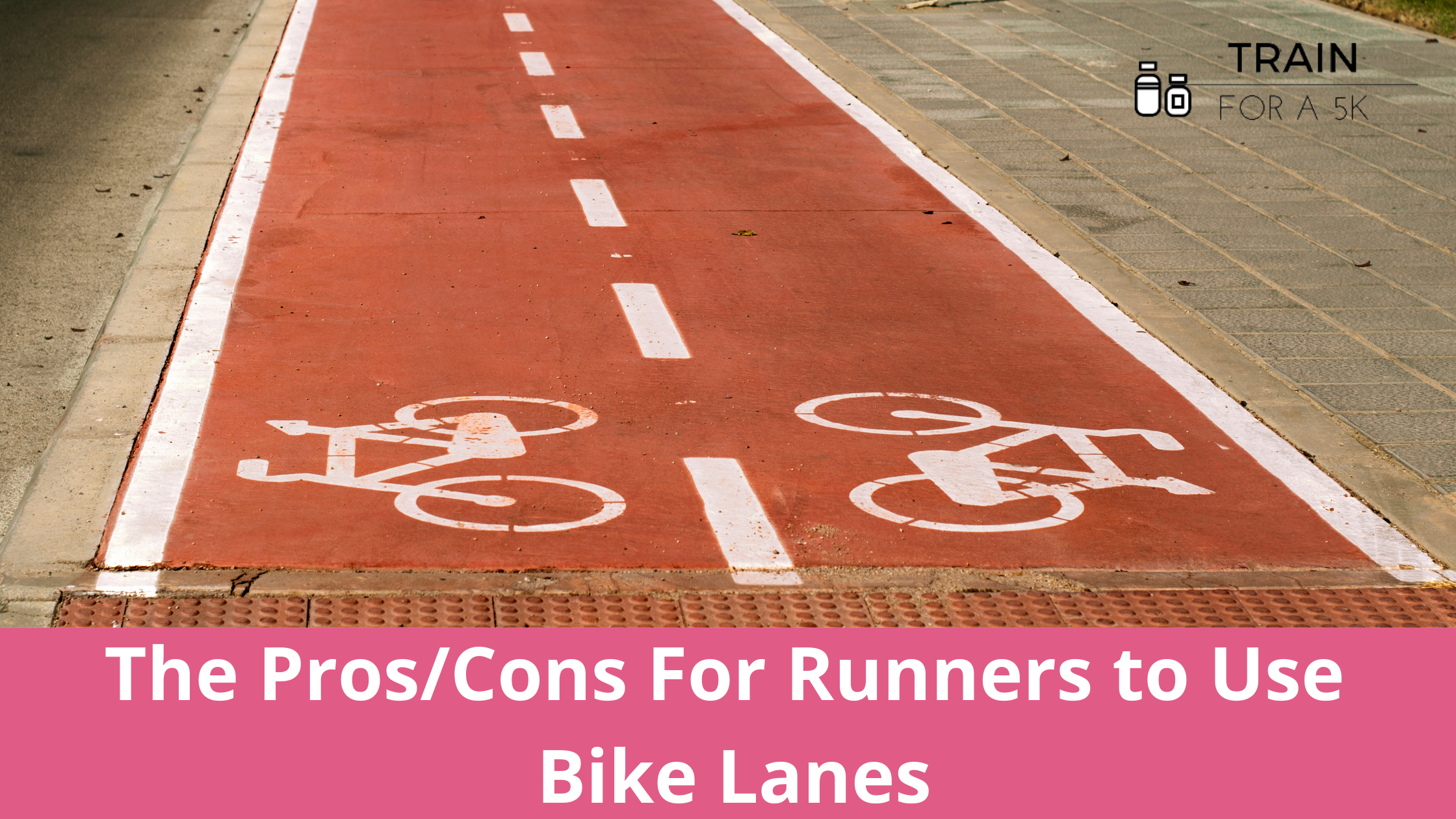 Runners for many years have staked claim to the sidewalks and the bike lane as a safe spot to run. In many cities across America the bike lane is a "safe zone" for runners. But is it actually safe?

The short answer is "no," but it may be different depending on where you are. The longer explanation is that, just like cyclists have the right to take the lane when appropriate, pedestrians also have this right when conditions allow it.

Let's dig in and share two perspective; the Pros & Cons.

When is it safe to use the bike lane to run?

I reached out to local bicyclist advocacy group Bike Walk RVA, which operates the Virginia Bicycling Federation and assembled information from the National Association of City Transportation Officials (NACTO) and other sources. 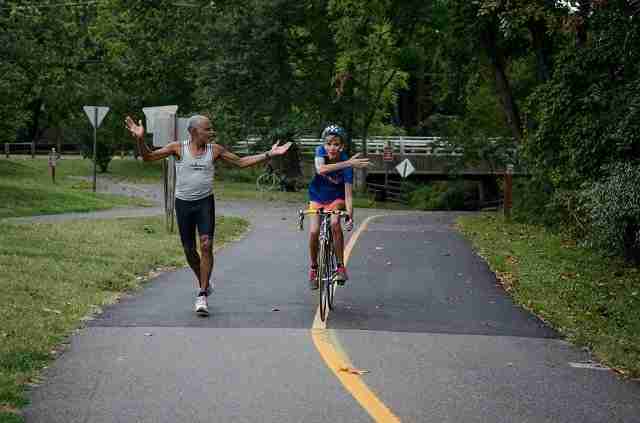 The short answer for running safety in a protected bike lane is "yes." vBF's guide , " Riding your bike in the city: NACTO bikeway design guide ," states that "running/walking should be accommodated within cycle tracks on streets with light traffic volumes."

They also point out that there are many benefits for runners when using a separated path (vs. mixed use sidewalk): "separation leads to much less interaction with street furniture like signs, drains, etc.

For example if a runners knocks into a sign or hydrant as they round a corner, the collision is with the hard object and not some other person or a car.

However, there are issues that need to be considered by both parties.

A big issue with cyclists and runners is the safety of both parties while sharing space on roadways when it is not specifically designated for one or the other.

Particularly in urban areas, there can be conflicts between bikers and runners when they are using the roadway to complete their activities because it is often difficult to predict what actions either party will take at any given time--particularly due to visibility problems. 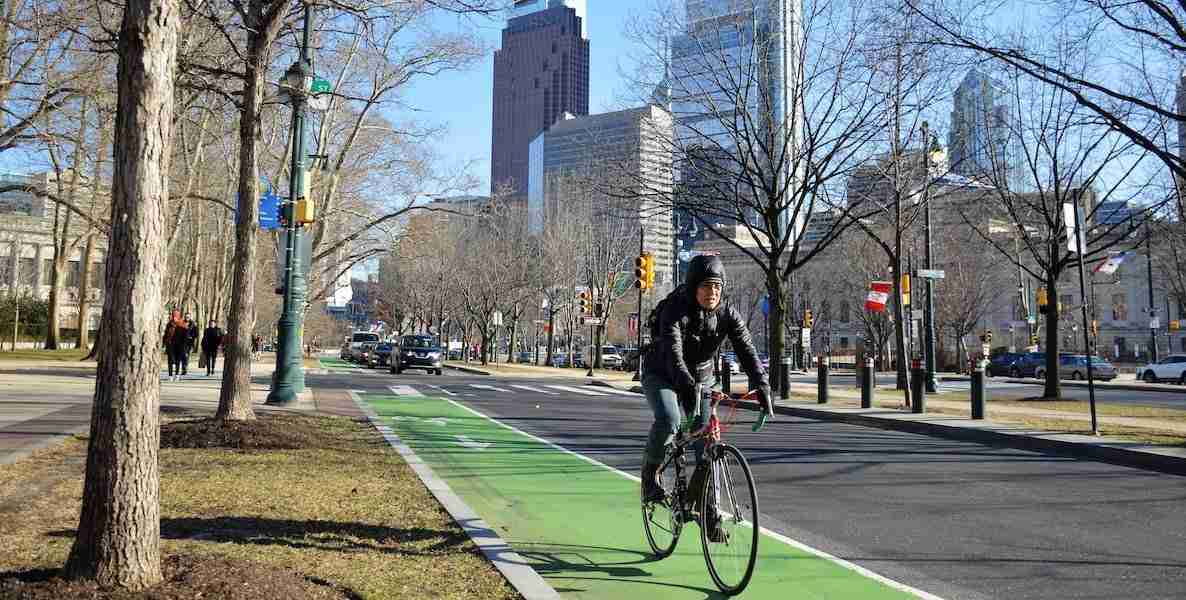 The best solution for those times when you will share space with runners: have patience and be courteous. If the situation calls for it, abandon your lane to allow for a safe pass.

Bicycle virginia offers some more advice: "Be aware that running against traffic can be dangerous - particularly along one-way streets or where there is heavy traffic ... Drivers of cars (and buses!) often don't see well around corners and parked cars; they may not be alert for runners coming up behind them."

Pros - use for runners to use bike lanes to run.

Runners enjoy the benefits of bike lanes over shared sidewalks without having to navigate around cyclists.

For example, it will be to negotiate turns, other than the crossing zones at corners and driveways, there are no other conflicts.

Similar arguments have been made by others who believe that the biggest benefit is safety - not just from cagers but from pedestrians as well. In order for bikes to share space with walkers on a sidewalk, both parties must stay within the boundaries of that narrow strip of land.

When runners use separated paths, however, their space is restricted only by what's directly in front and behind them.

Cons- do not use bike lanes to run.

Since a cyclist usually has the right of way in bike lanes, runners can easily be viewed as an obstruction to traffic. as such, there's a tendency for them to have a significant disadvantage when sharing space with bikers.

If you're going fast enough that you need to use only part of the bicycle lane - like bcarlisle does due to his shoulder issues - this will pose difficulties for other parties.

Just remember that any time you pass another party (whether they are in a motor vehicle or on foot) and share your lane, do so at their speed. avoid moving faster than they want to go and give plenty of notice before passing!

Which flow of traffic should your run?

When you share the road with cyclists, it may sometimes be unclear which party has the right of way. For example, say you decide to use the roadway when there is a bike lane available or vice versa. Take confusion out of this situation by following these simple rules.

Run on the right side - if you're running in a narrow path (less than 5 foot) and there are cyclists around, move over to an intersecting street's sidewalk so that you don't cause any trouble for cyclists coming up behind/nearby.

This also applies at intersections - if there's a designated crosswalk, please stay on your own side of it so as not to block anyone else from crossing! 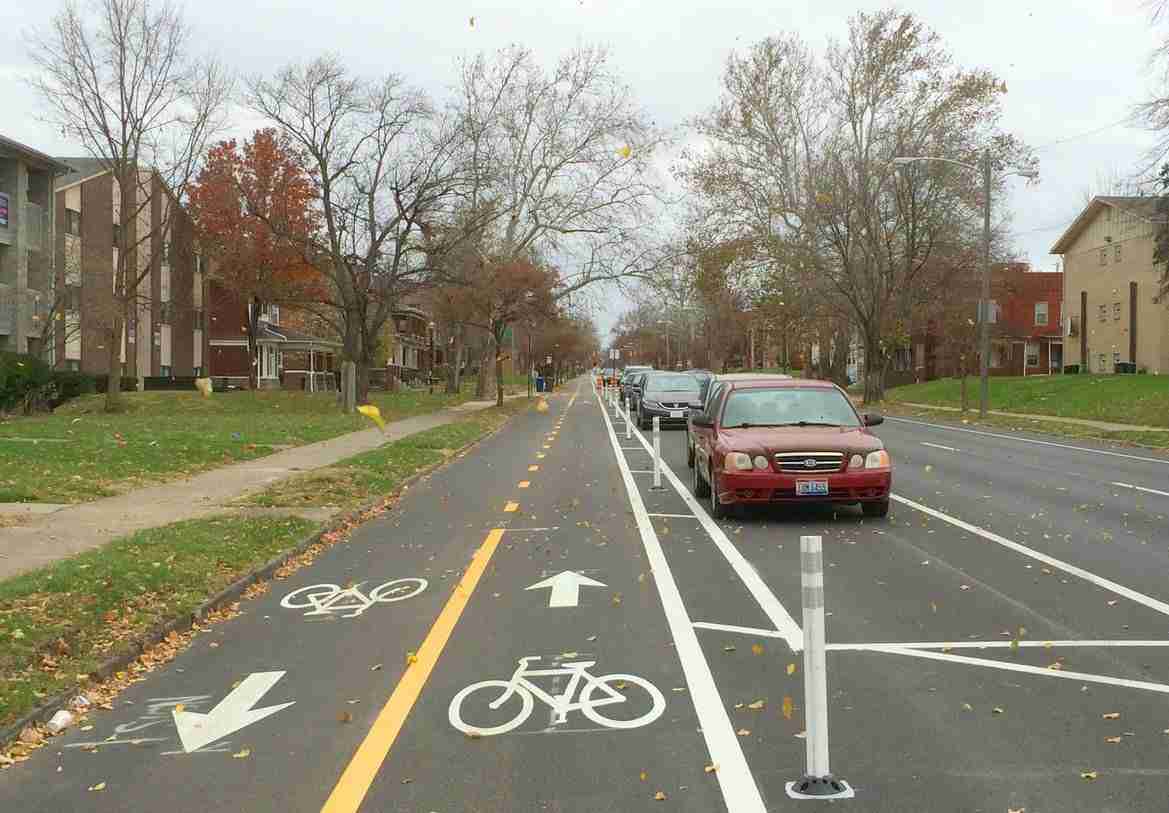 If there is a bike lane that happens to go in the opposite direction of where you are going, do not run in it. Cyclists get enough grief for riding on roadways - even when they're allowed to be there by law - without having obstacles thrown at them from other parties who think they have no business being there.

If you choose to ignore this rule and use the bicycle path anyway, please make sure your actions do not cause any issues with traffic flow or safety risks.

Running safely in bike lanes is certainly possible but should be used with caution. while it means you don't have to look out for cyclists, there's always a chance that a driver won't see you.

It also means being courteous of others' space with respect to your own; when you pass someone on foot or in a vehicle, be sure they move over so that you can pass safely - either around them or through them.