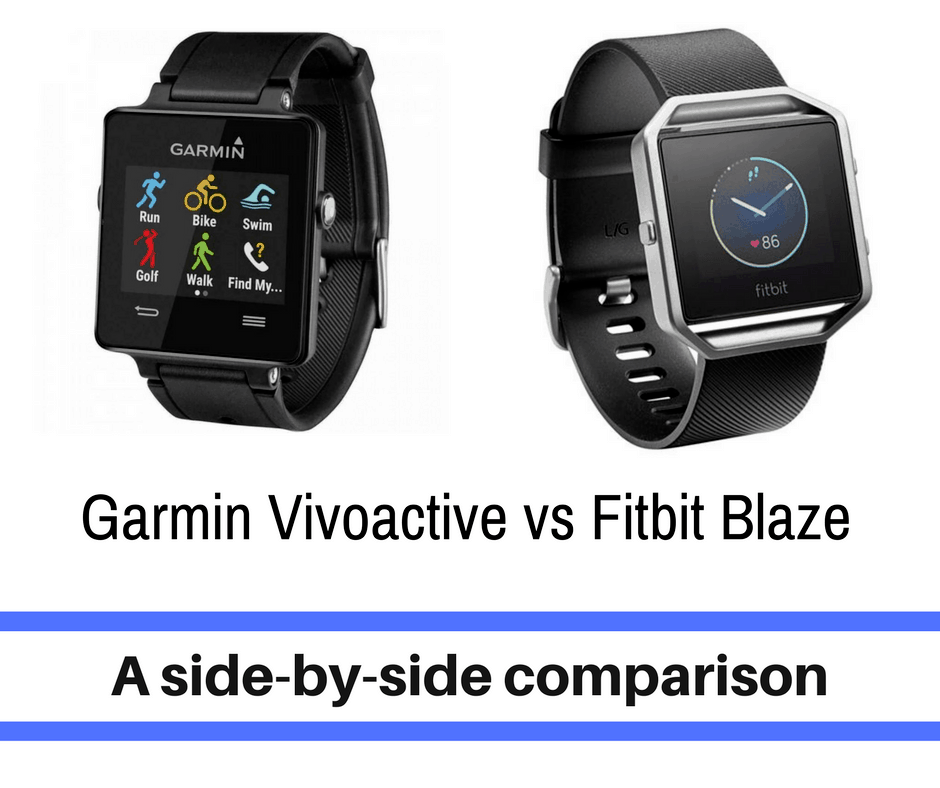 Garmin and Fitbit have been two wearable technology brands that continue to evolve with the ever changing landscape of athletes.

Each boasting their own features and uniqueness, it encourages the questions "which one is right for me". Our goal is to help you decide between the two - Garmin Vivoactive vs Fitbit Blaze.

Before we dive headfirst into the comparison, here is a quick breakdown of the two. As we continue on, we talk about the differences of a smartwatch and a fitness tracker and the benefits. 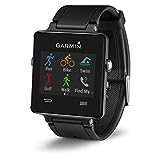 You might be wondering what the difference between a Smartwatch and a Fitness Tracker is. A fitness tracker is a device which only monitors your fitness and exercise, such as your calories burned, distance run, and heart rate.

Many Smartwatches do the same thing, especially as technology has developed. The main difference is that a Smartwatch is not only a fitness tracker.

Most Smartwatches also have the capabilities of a watch, such as telling the time and date. They also have some aspects of a cellphone. Users can call their friends, send messages, and a plethora of other things.

The compared devices are Smartwatches, but could also count as fitness trackers because of their athletic capabilities.

How Smart is a Smartwatch?

The basic definition of a Smartwatch is simple. It’s a “mobile device with a touchscreen” worn around the wrist. Many people wear them, and athletes in particular have drummed up increased interest in models because of their exercise technology. We also breakdown the benefits of fitness trackers, that can be found here.

Although early Smartwatches were rather simple in design, modern models contain numerous features for the casual and dedicated athlete. Many hospitals and medical groups have even started releasing articles and documents which explain the many ways Smartwatches can be beneficial for people seeking to become more active.

With so many options available on the market, though, it can be difficult for someone to determine which one would suit their lifestyle and exercise habits. What should a person look for?

As an athlete, you want something durable, reliable, and capable of tracking your progress while you’re out running. Below are two of the most popular devices on the market.

Both are excellent for a runner, but this review can help you determine which one is right for you. 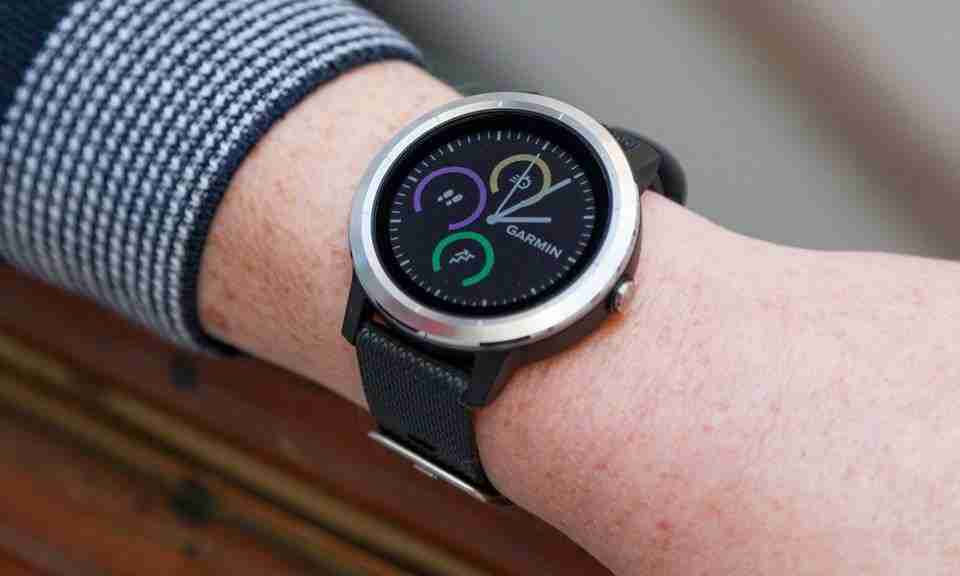 The Garmin Vivoactive is a Smartwatch designed for athletes. The product comes with numerous features related to exercise, including a heartrate monitor and a GPS to help you find your location and calculate how long your run has been.

The watch will last for three weeks in regular activity-tracking mode and up to 10 hours when the GPS is enabled, allowing you to reuse it without needing to charge after every workout.

One of the product’s benefits is that the screen has been designed with the outdoors in mind, and it remains visible even when in direct sunlight. Everyone knows that the lighted screens of computers and watches never get along, so it’s wonderful to see a model which takes a new approach.

A Garmin Vivoactive with all of the available features has five different sport modes, including different programs for running, golf, swimming, walking, and biking. If you’re an athlete who likes to mix it up every so often, then having an adaptable Smartwatch would be a major benefit.

Swimmers can even use it in the pool because it is waterproof and able to be submerged without damage.

The Smartwatch is small at 8mm and designed to be comfortable around the wrist. People can purchase a variety of bands to swap between and find the one which works for them, allowing creativity with technology.

Finally, the Garmin Vivoactive has some features that could be positive or negative depending on a person’s style and experiences.

While advertised as a smartwatch, the device is actually a regular fitness tracker with some additional features added. This design isn’t bad for runners who wanted to focus on the athletic aspects of the product, but it can be disappointing for those seeking a more well-rounded experience.

Another problem is the quality of the materials used. The standard Garmin Vivoactive costs between $120 and $200.

For that price, you would hope to have a comfortable design that would make you want to wear the watch every day. Unfortunately, the materials require a conditioning period and many find that the bands feel itchy and irritating for the first week of use.

Also want to point out that there are a few different styles of Vivoactive. I purchased the circle face and the square face is also an option.

These potential detriments do not outweigh the value of the product though. For runners seeking a smartwatch which incorporates many of the features of a standard fitness tracker, the Garmin Vivoactive is an excellent option. 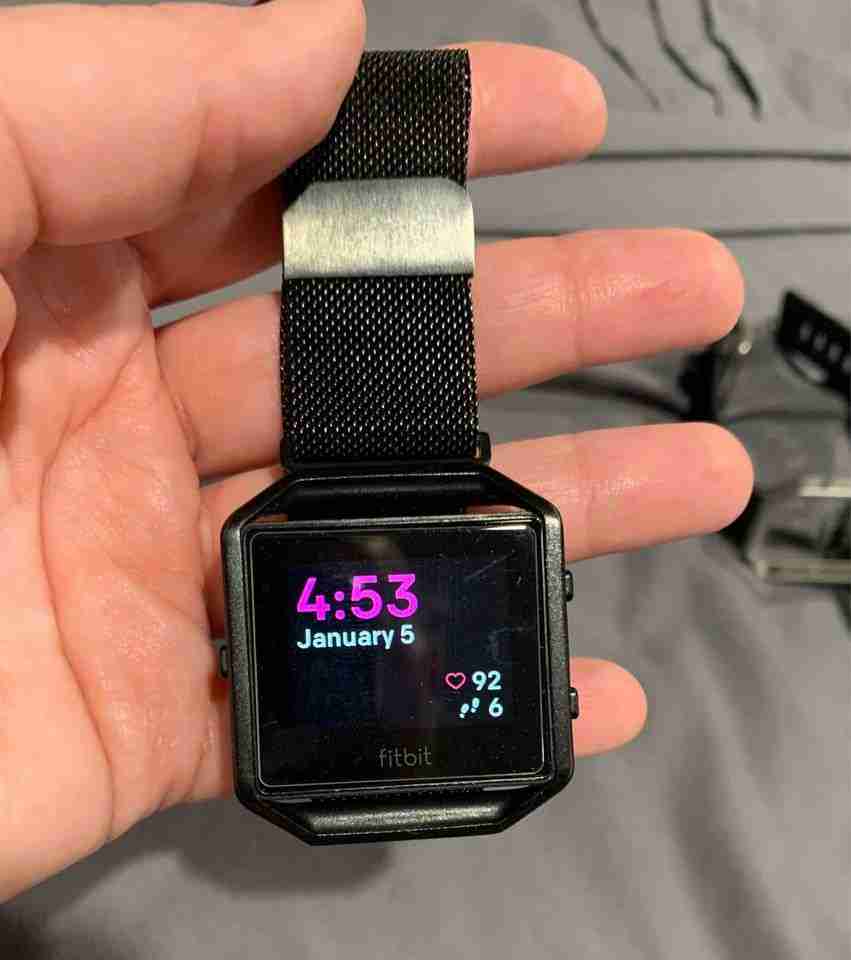 FitBit is perhaps the biggest manufacturer of Smartwatches and fitness trackers currently on the market. The FitBit Blaze is an extremely popular device which many running communities have noticed since its release. Like many other options, it has numerous positives and a few negative features which interested athletes need to consider before purchase.

The FitBit Blaze has a smaller, sleeker design than most other Smartwatches currently available. The full screen has a hexagonal device which pops out of the template for easy charging and quick access.

The entire device weighs a little over an ounce and wraps snugly around the wrist without hurting the skin or circulation. 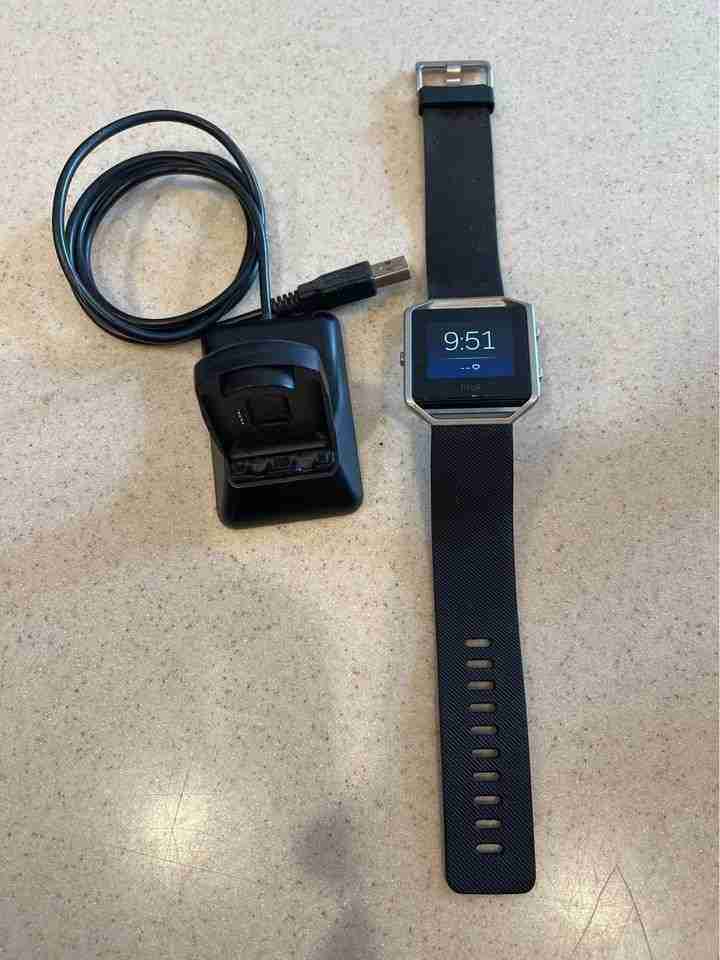 Runners are drawn to this Smartwatch because of its SmartTrack feature, which will automatically start tracking your progress as you walk, run, or cycle.

This saves you time by removing the part where you need to mess around with your watch, allowing you to get straight to your favorite activity – the run.

The FitBit Blaze additionally monitors your heart rate without requiring any annoying wires connecting to your chest, and the battery can last up to three weeks through regular use. The screen uses a type of glass which is immune to scratching, so you have to really try to damage it.

However, there are some features missing which athletes might miss. For one thing, the Fitbit Blaze does not have a built-in GPS to track your progress. While it will record your run from start to finish, you need to be responsible for knowing your location and keeping track of your favorite route.

Another potential detriment for runners is the lack of waterproofing. If you slip and fall in a river, get caught in the rain, or even sweat too much, it could affect your FitBit Blaze. However, many reviewers didn’t have many problems with water damage, so it could be an unnecessary feature.

However, these aspects do not outweigh the convenience of having a Smartwatch capable of tracking your fitness while also letting you answer calls, tell the time, and stay in touch with the outside world.

This video shows some of the features of the FitBit Blaze and allows you to get an idea of its appearance and fit on the wrist. In particular, you can see the unusual frame shape and the slender build of the device.

In terms of general use, there aren’t very many differences between the Garmin Vivoactive and the FitBit Blaze. Both are comfortable to wear and have a plethora of features for the athletic crowd.

The main difference comes down to price and additional qualities. The Vivoactive typically costs between $100 and $150 while the Blaze is $150 to $200.

Despite the lower price though, the Vivoactive is waterproof, has a GPS, and can be used for multiple sports. It also has movement reminders that will occasionally tell you to get up if you have been sitting too long.

The FitBit costs more but lacks waterproofing and GPS. Instead, it has automatic tracking and will record many types of movements accurately. It will monitor your heart rate at a regular pace and also weighs less, so you can feel comfortable when you run.

At the end of the day, you need to determine what additional aspects you would like when you go running. If waterproofing is important to you, then you would choose the Vivoactive. If you want automatic tracking, then definitely go for the FitBit.

The Garmin Vivoactive and the FitBit Blaze contain many of the same features and would be excellent options for a runner of any caliber.

Whether you’re a 5K runner, a cross country aficionado, a sprinter, or just a weekend jogger, most runners can appreciate the beauty of having a device which tracks their progress.