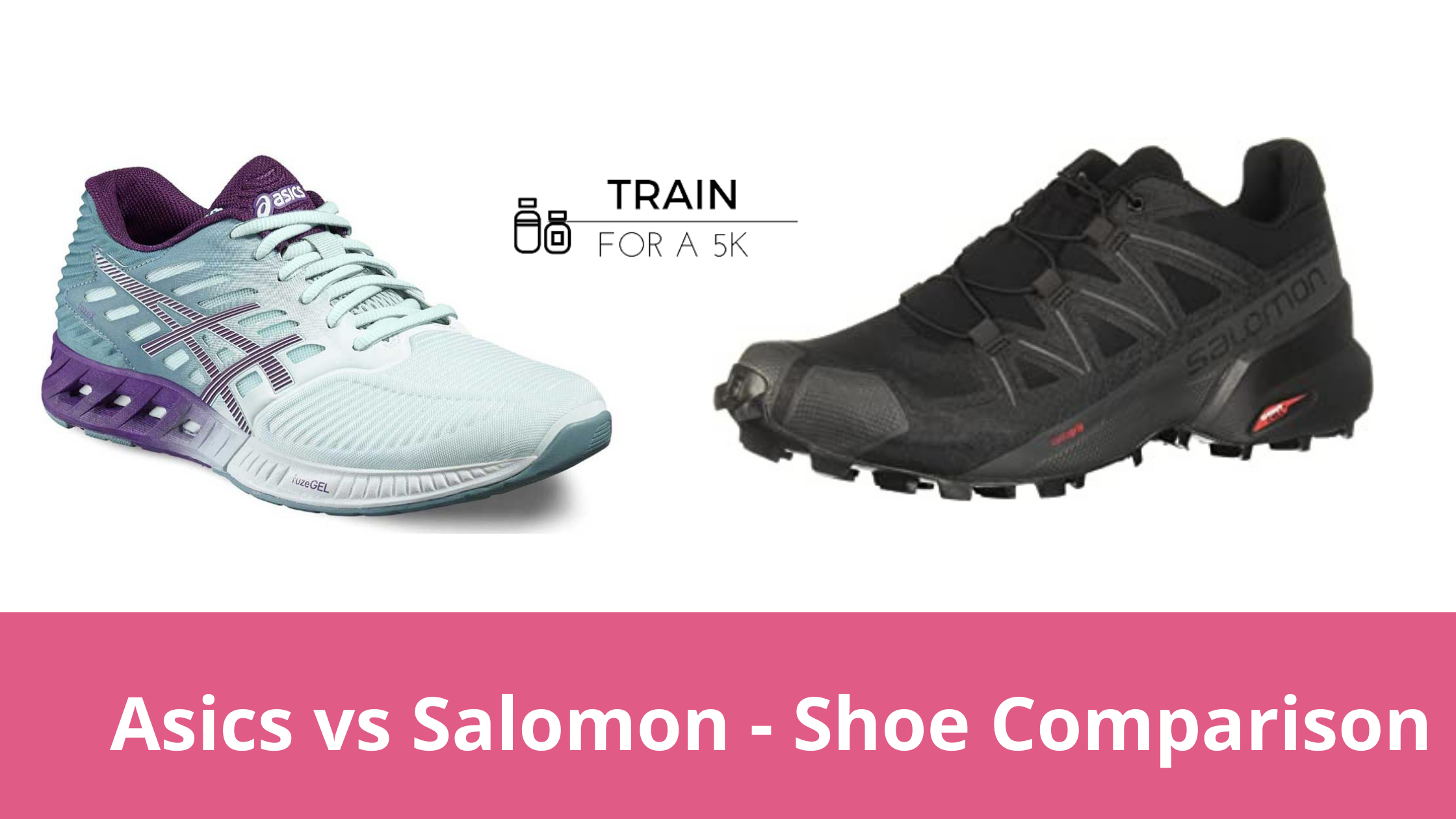 ASICS and Salomon are both well-respected high-quality brands within the running market that provide an array of engaging technologies to take on the roads and trails alike. Which one is better for you?

That’s putting things simply, but let’s dive into the details to help you figure out exactly which brand could serve you best - Terrain.

While both ASICS and Salomon make shoes for an array of surfaces to get on trails or tarmac, Salomon specializes in trail running shoes and ASICS is best known for road running shoes.

ASICS shoes are made primarily for road running, and it makes shoes that can help you get through miles and miles of “pounding the pavement”, but it does make some trail shoes, and recently it’s felt like it's been investing a little more in developing its trail division.

Salomon makes shoes primarily for trail running, hiking, and approaching, and pound for pound they may be the very best at it out of all the companies right now. Some of Salomon’s models are built to handle the most technical trails on earth, but it also makes agreeable entry models too.

To be fair, Salomon does make some fairly solid road shoes too, and if you were a die-hard fan of the brand you would not have any issues finding an acceptable road shoe model from their brand to run with, but plenty of other companies are investing more in road shoes and doing it better in our opinion.

ASICS vs Salomon: A Brand Comparison

ASICS is a shoe company known for consistency and quality. Until recently, it’s felt like ASICS was only making very subtle tweaks to its shoes for a long time. However, now it has jumped to one of the more innovative shoe brands out there with new racing technology and training shoe technology. 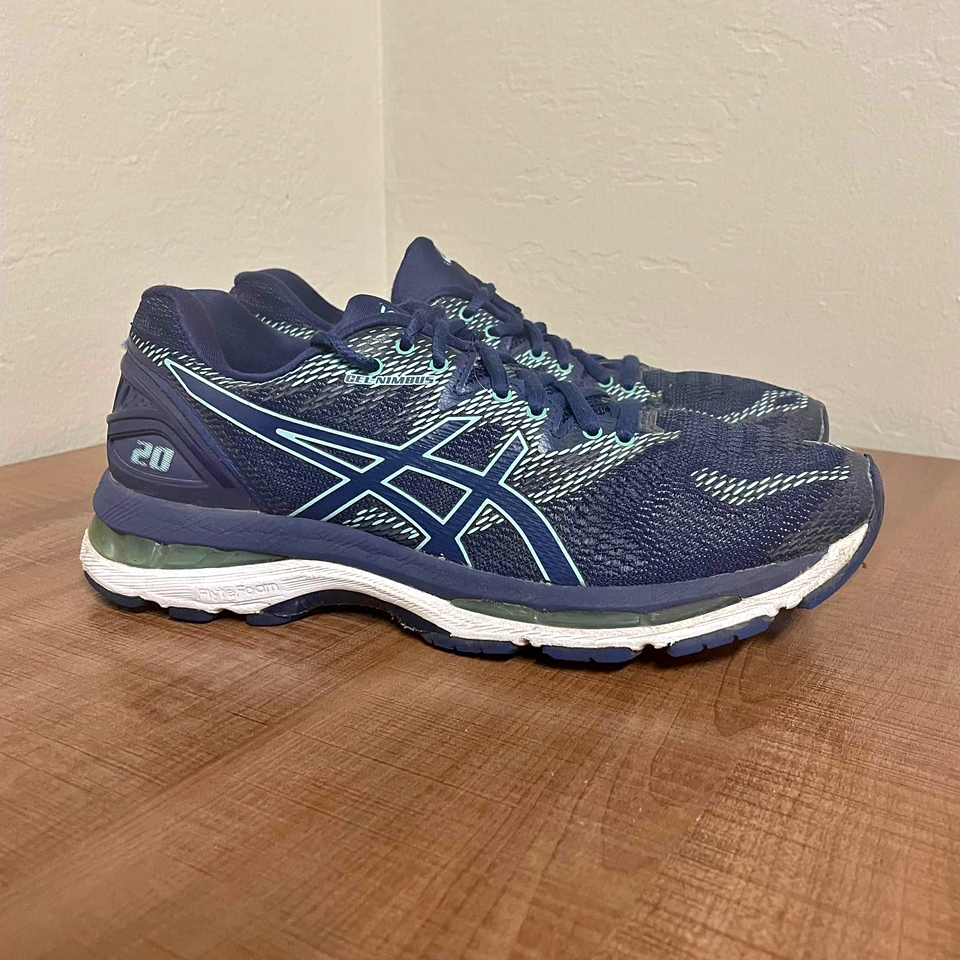 One of ASICS's tried and true innovations in the Silicon Gel units integrated into many of its shoe models. This has been a staple in the ASICS shoe technology for years now, and it has seen a couple of iterations. Nowadays it feels far lighter than it did in the past but provides a softer impact absorption underfoot.

The GEL units are pretty much synonymous with ASICS at this point and it is still an integral part of many of its daily trainers in the market. 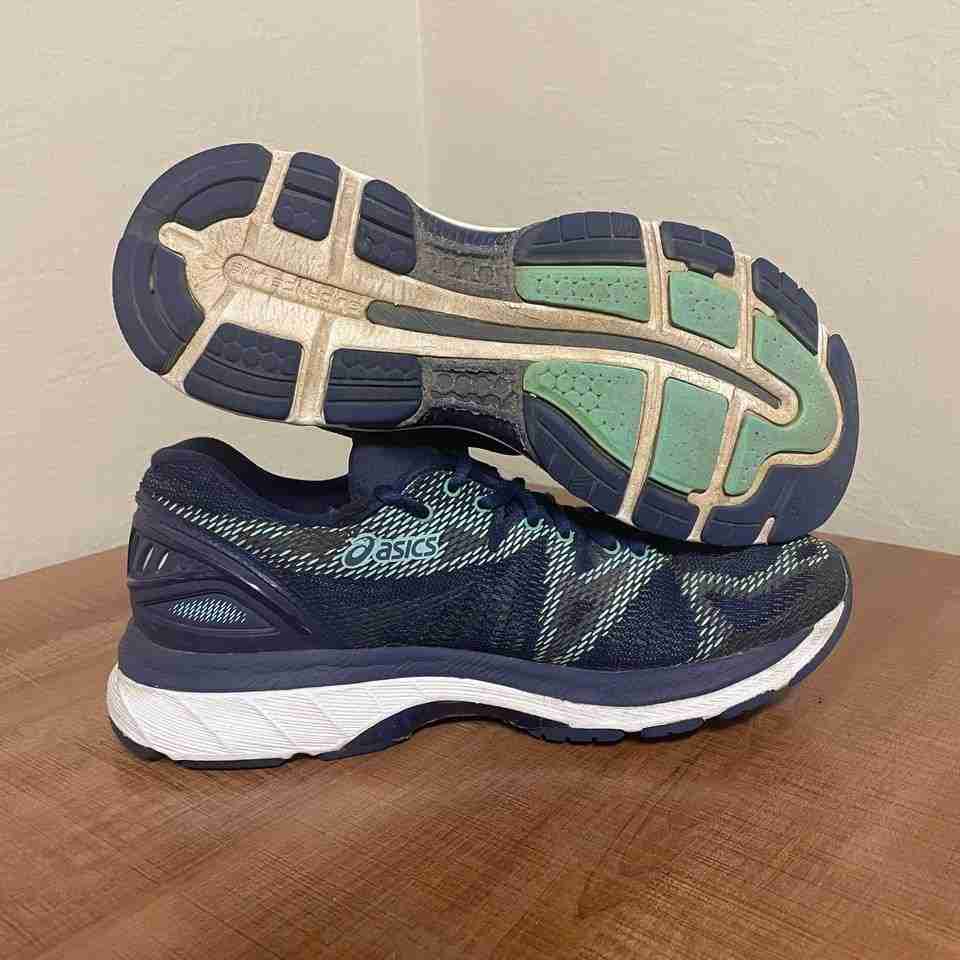 Newer to the ASICS technology lineup, Flytefoam is a lightweight, yet durable foam used in most ASICS running shoes, and it does have a couple of different styles including Flytefoam blast and blast+, which are even more lightweight and responsive.

This new foam technology is a big step in the right direction for ASICS, as it felt like they were producing heavy and bulky shoes before this integration. Now even its daily trainers feel like they have lost at least once on average.

Furthermore, the trainers all have more responsiveness to them overall, and that is without losing any cushioning, durability, or support.

-You may like: Asics vs New Balance (Cushion Comparison)

Salomon is not shy about pushing the boundaries of technology within its shoe lineup, especially when it comes to the trails. This company is best known for providing high-performance grip, traction, and stability for any sort of trail terrain, but especially on more rugged mountains and approaches. 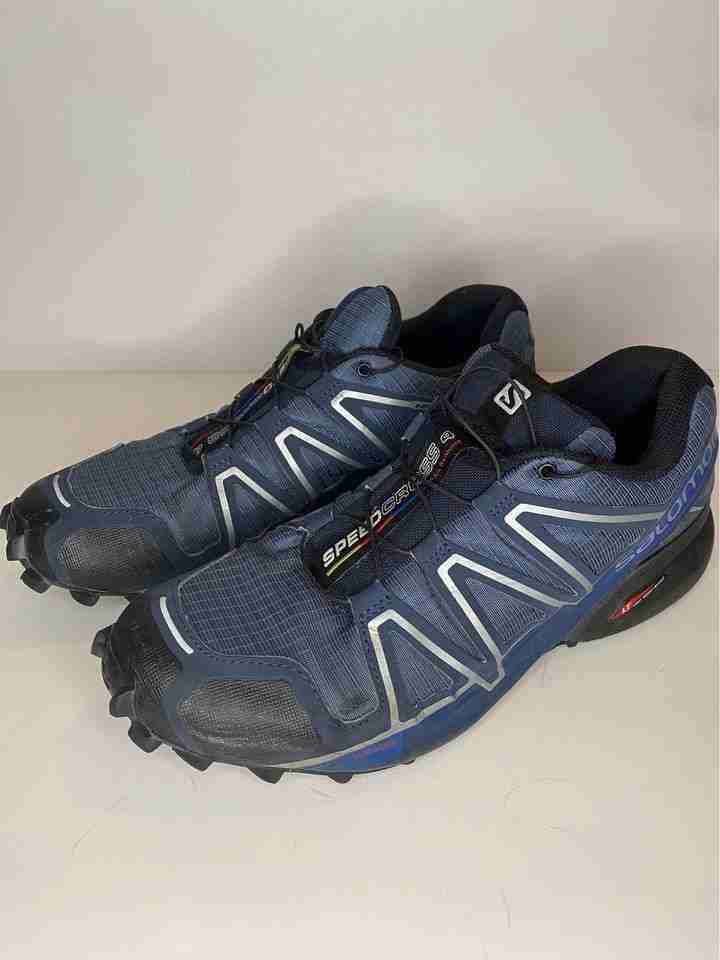 Most runners who wear Salomon are out in the technical trails for a long time, and to do that they need a midsole that can handle long days of pounding on multiple surfaces and directions. For that, there is the Optivibe midsole technology, which is designed to absorb more impact and decrease muscle vibrations on each step.

What’s so impressive is that it does this without increasing the weight, and without decreasing the responsiveness. There is still plenty of playful “snap” out of each step from the shoes with the Optivibe technology.

The best part is that we’ve tried it, and while we don’t have science to back our findings, objectively it’s left out legs feeling great even after big days on more technical trails. 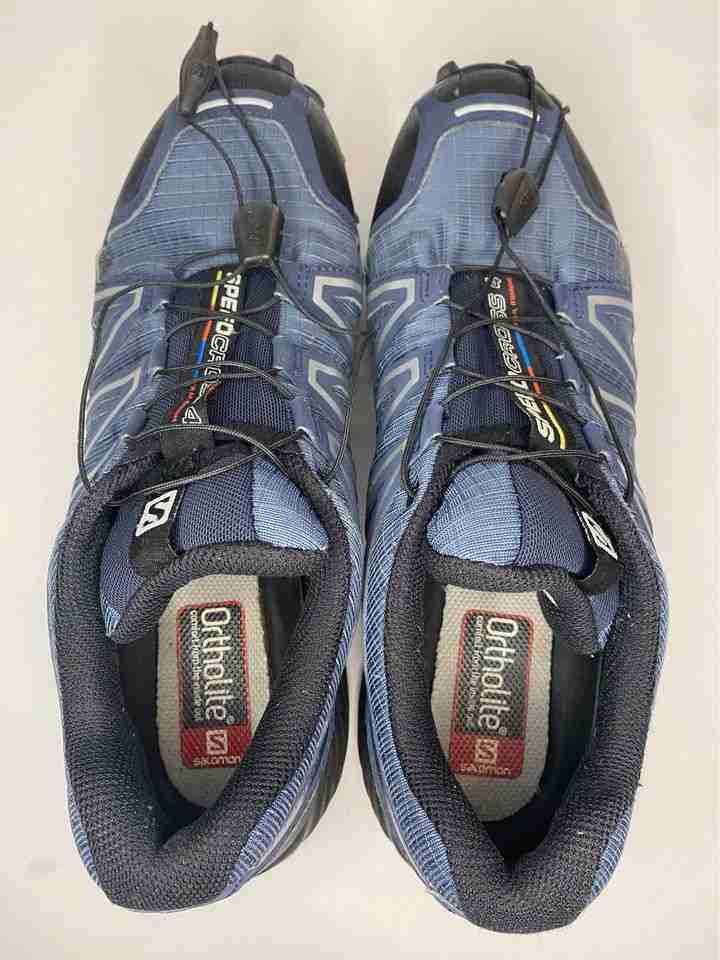 It’s no secret that Salomon makes some of the best trail outsoles in the game, with plenty of lug depth and traction there really isn’t a whole lot you can't do on the trails no matter what the weather or terrain is throwing at you.

Recently, Salomon’s Contagrip technology has provided great multi-directional traction on pretty much any trail surface. It’s designed to provide grip no matter what angle you hit the ground whether you are on an ascent, descent, flat, or uneven terrain.

While not all of Salomon’s shoes are particularly versatile, this Contagrip really is a technology that they could implement into any type of trail shoe if they just tweaked the lug depth. 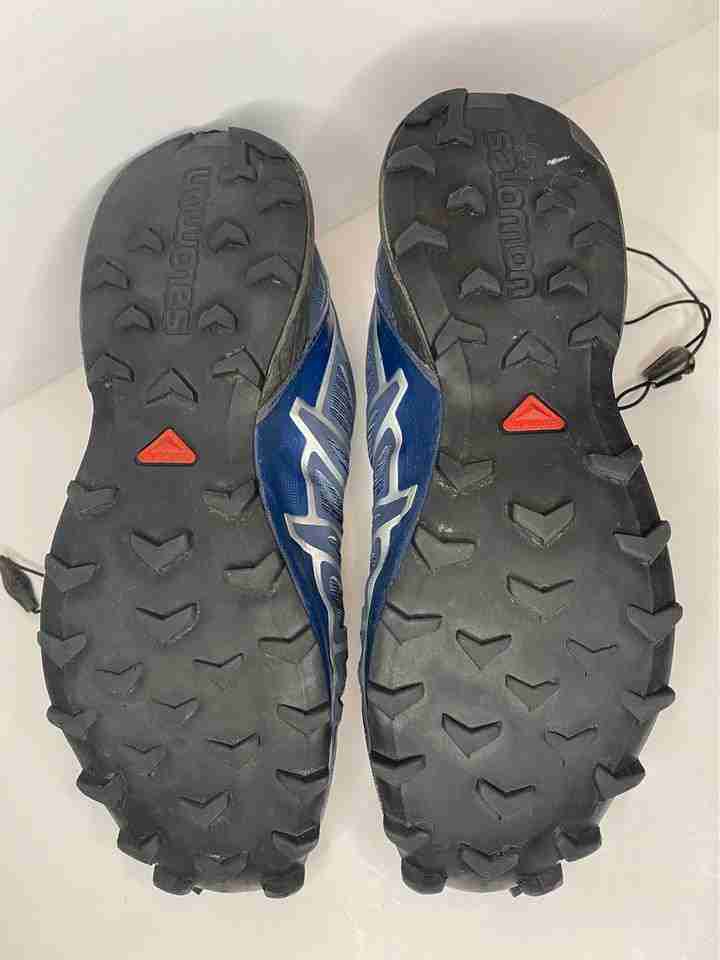 My Favorite Shoes From Each Brand With Review

While we are here, let’s talk about one of our favorite shoes from both ASICS and Salomon, the technologies and features they include, and even do a small review on them.

The ASICS Gel-Nimbus is one of the most popular daily training shoe models not just out of its own lineup, but out of most shoe brands. It’s a staple daily trainer for many runners, as it provides reliable support, cushion, durability, and performance.

Its midsole is made up of the ASCIS Flytefoam Blast+ technology for a more responsive and protective underfoot feeling.

This new version of Flytefoam really does deliver on its responsive feeling, although it does feel like it has lost some of its signature cushioning. However, it's made up for with the Rearfoot Gel Unit, which as we covered before is a silicone-based gel integrated for shock absorption in the felt area.

When the Gel Unit is combined with an Ortholite X-55 sockliner, it does still maintain some semblance of solid cushioning that we are used to.

Although still a neutral shoe, there is still a TRUSSTIC for stability to help guide your foot in the right direction if it begins to lose its way when you’re tired. 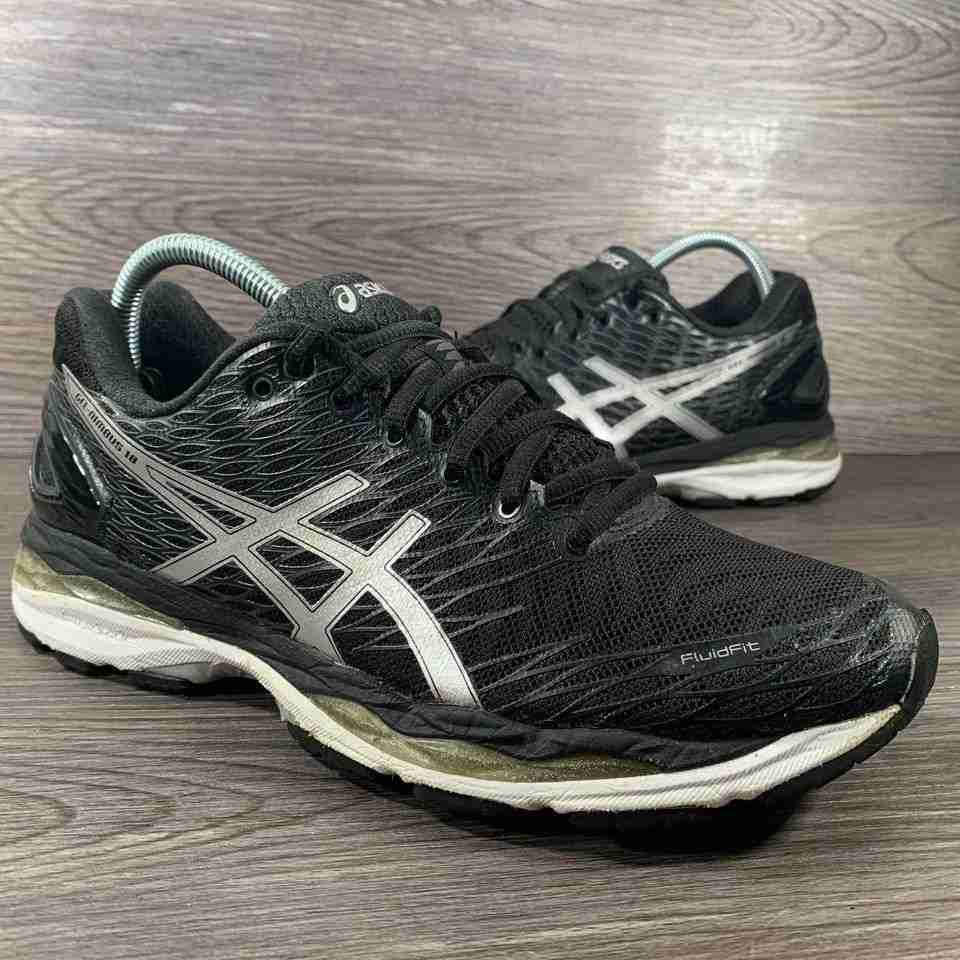 Finally, the midsole is protected by the ASICS LITE rubber on the outsole in strategic areas for durability and traction. To make it all a little sweater this rubber is made from recycled materials.

To “top” it all off, the upper is made up of a simple, yet effective Engineered mesh that is lightweight, breathable, and holds the top of your foot nicely.

The overall performance of this shoe is on par with its predecessors, but with a couple of tweaks to make it feel more snappy and fun, which is a welcome addition if you ask us.

The only thing we would have liked to see more of is if they could have dropped the weight just a little more, as it still feels a little too heavy after about 40 minutes of running. 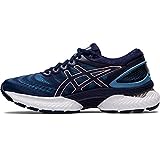 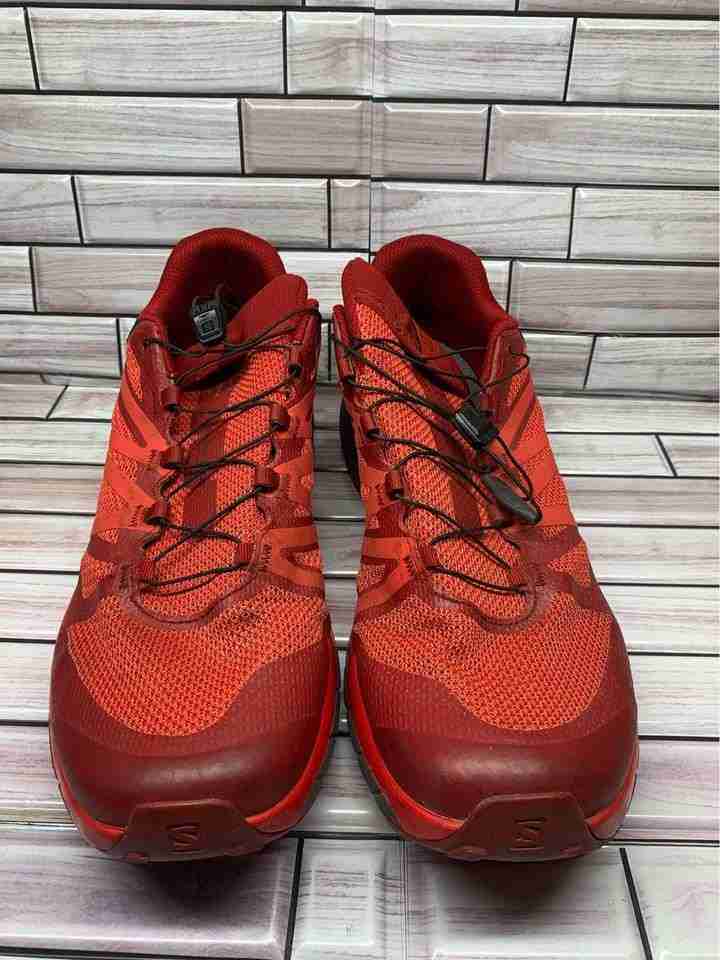 The Salomon Sense Ride is a staple “do it all” trail shoe within the Salomon trail lineup. As a company that makes many trail shoes for very specific purposes, the Sense Ride takes a broader approach, with features that allow it to serve as a catch-all option for those wanting more versatility on trail runs.

For a little more protection, there is a Profeel Film placed within the midsole, essentially it's just a thin film to serve as an extra sheet between your foot and the ground without loss of grip. Speaking of grip, the Sense ride includes the Contagrip MA, which is meant to increase non-slip traction on all trials types.

The grip and responsiveness feel great, even during long trail runs.

I have had success using this as a commuter shoe when I need to run a couple of miles on pavement before getting to a trail, but I’d only do this if there were less than 2 miles of road, as my foot did begin to feel uncomfortable after running over that amount of miles on the road. It feels great on the trail though, and it’s a lot of runs to let it rip on the downhills. 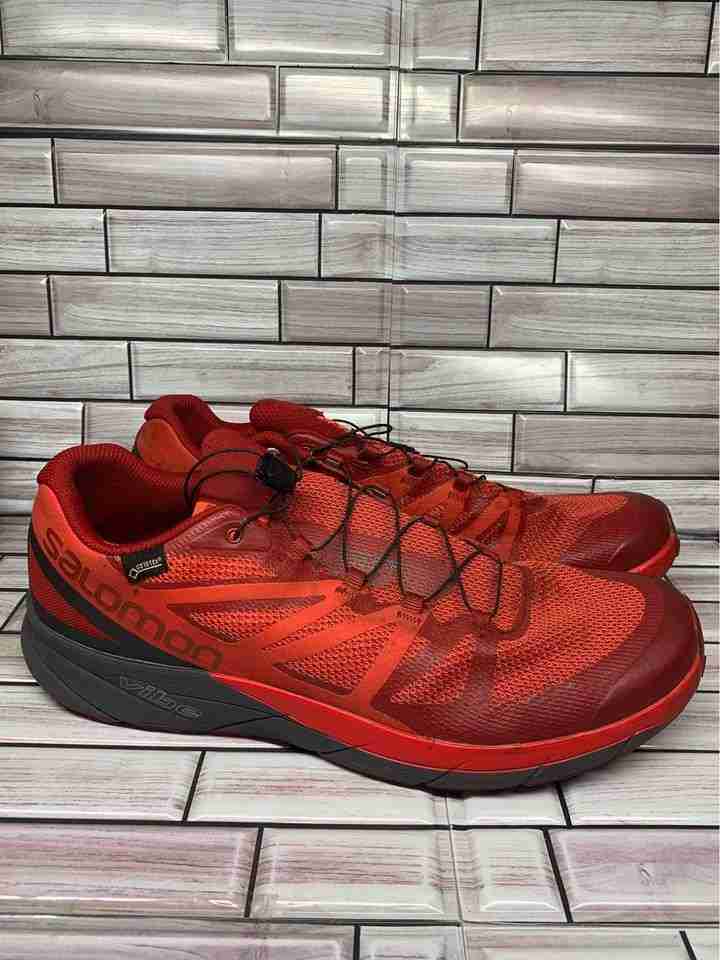 The upper is started with a Single-layer mesh, which feels breathable and fairly secure. It also boasts Salomon’s signature Quicklace system, which is constructed of durable Kevlar fibers for easy shoe slip-on and a good lockdown. You will also enjoy a Lace Pocket to tuck your extra lace in.

For a better lockdown, you will get Sensfit overlays over the top of your foot. Beyond that, there is also an Internal Sensfit to reduce irritation and rubbing. If the shoe wasn’t sleek enough you also get an Endofit technology for a sock-like upper that still has plenty of good lockdown for the trails.

Beyond that, you’ll get the famed Ortholite sockliner with antibacterial material for reduced odor and moisture while also cushioning underfoot.

There is a lot going on with the upper materials, but when looking at the shoe itself you wouldn’t really notice it. It all melts together for a pretty seamless lockdown.

I like the fit and feel of the upper, but I do have some durability concerns over the long haul, as it has already been showing signs of wear and creasing in the midfoot where the shoe bends on the toe-off and assents.

It’s an extremely fun shoe on dry and buffed-out single track as well as more muddy areas. I would prefer a more protective shoe if I was going over more rocky terrain, but as a “do it all'' trail shoe it satisfies all of the usual needs.

My one word of warning is that this is a firmer shoe, so if you prefer a softer underfoot feeling when taking on the trails then you might look for a different pair of shoes. If you like a firm and responsive ride, then you’ll like the Sense Ride.

ASICS and Salomon make terrific shoes for both road and trail, but both companies do seem to perform better within their niche. ASICS knows how to make road running shoes, and you can expect high-quality cushion, durability, and support to take on road miles.

Salomon makes elite trail shoes for broader and more specific scenarios. It will have a shoe for you no matter what sort of trail terrain or vertical profile you hope to run on.

If you are someone who enjoys dabbling in both roads and trails I encourage you to try out a shoe from both brands, if your budget allows that is. Give ASICS a go for your next road running shoe and try out Salomon for your next favorite trail running shoe.

Saucony Ride vs. Guide – Comparison
How Much Do Brooks Running Shoes Weigh
New Balance vs Saucony – Choosing The Right for YOU
4 Shoes Similar to Hoka Bondi (Alternatives)
Altra vs Asics; Which Brand is Right for You?
3863 Runners Voted -Top Running Shoes (Results)
5 Shoes Similar to Asics Gel-Nimbus (Alternatives)
Saucony Redeemer vs Brooks Beast