Saucony and Brooks are both popular brands for running shoes, so it only makes sense that athletes will want to know the differences between them.

Ultimately, the main pros and cons of each brand complement each other, making one shoe a better all-around athletic choice while the other is better for pure running.

But why are these brands so different, and why are athletic shoes not all the same?

Saucony was founded in 1898 by four businessmen, and the first factory was constructed on the banks of Saucony Creek in Pennsylvania. It’s easy to see where the company got its name. 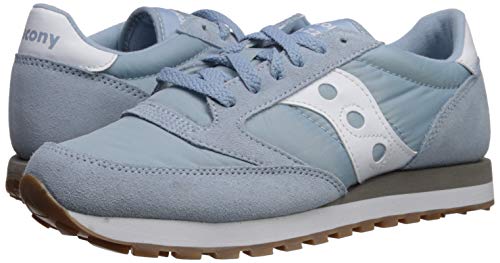 Saucony didn’t produce much athletic footwear until a competitor, Hyde Athletics Industries, purchased the company in the 1960s. From that point on, the Saucony brand became associated with all types of athletic shoes, including ones for running and hiking.

Ownership passed from Hyde to Wolverine World Wide in 2012, which now is part of a massive oligarchy that controls shoes. 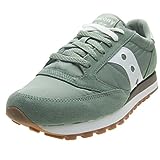 Brooks Sports, Inc., also known as Brooks Running, was founded in 1914 and originally manufactured a broad range of athletic shoes.

The company managed to remain successful for over six decades, but floundered during the recession of the 1970s and struggled to make ends meet. 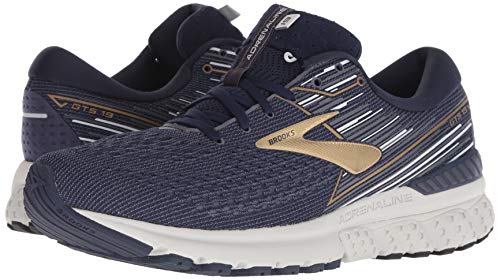 The company was forced to file for bankruptcy protection in 1981, but didn’t quit. Around 2001, Brooks cut its product line in half, eliminating shoes that didn’t sell well.

It then focused almost exclusively on running shoes, investing in new designs and technology. By 2011, Brooks became one of the foremost running shoes recognized for its advancements and benefits for runners.

It currently remains ahead of much of its competition, and has been named the “Best Shoe” for runners by multiple publications, including Runner’s World.

A good DID YOU KNOW about Brooks Running shoes is that the company is owned by Warren Buffet and Berkshire Hathaway.

Saucony vs. Brooks - A Comparison

These are two of the most well-known athletic shoe brands in contemporary markets, so it’s only natural that people often wind up comparing their shoes when trying to find the right running pair for them.

Although on the surface these brands seem quite similar, as all running footwear does to the inexperienced, there are actually several major differences between the two companies that can affect a runner overall.

Some of the main similarities and differences are highlighted in the following chart. At first glance, this chart might seem confusing, but it actually showcases some of the key differences between the brands.

Overall, Saucony shoes tend to have a more rigid fit, meaning the material is not as flexible or form-fitting as the mesh of the Brooks models. This means the shoes hold their shape well, but also that it won’t conform to a person’s natural foot shape.

Such a feature comes as a slight disadvantage to regular runners, who tend to prefer more comfortable options for long term use.

Likewise, Saucony shoes feature a squared heel design while Brooks has a rounded alternative. Neither is more beneficial to the other, but the heel shape can affect overall fit for the average runner as well as shock absorption.

Rounded heels are more comfortable, while the square shape can absorb more force from hard strikes on the pavement.

Comfort and cushioning are similar. The comfort is based on the overall opinions of wearers about how well the shoes fits and whether or not there are areas that pinch, rub wrong, or simply feel tight.

After careful review, Saucony in general tends to be less comfortable because of the rigid structure. However, Saucony also pads the bottom with more cushioning, while Brooks uses less but tends to be more comfortable overall.

Along these same lines, Brooks has more mesh and flexibility on average, while Saucony is about mid-range for athletic shoes.

Finally, there are stability and cost. Stability refers to the rigidity of the shoes and how little they bend, flex, or otherwise flop while worn. Brooks has less stability because of the mesh, which can be bad for individuals with joint issues.

Saucony has more stability, but the rigidness can be bad for those who want something softer and more flexible. It really depends on individual preferences.

For cost, both Saucony and Brooks are average overall when it comes to pricing their athletic shoes, with neither one being cheaper than the other.

Ultimately, Saucony and Brooks are both brands that produce excellent shoes for the average athlete.

For long distance runners, Brooks is the preferable choice because the shoes, on average, mold and fit better to the foot while still providing a cushion to lessen the harsh impact of the feet with the ground.

Saucony, meanwhile, is a great option for other athletes like those who engage in track and field or play other sports like basketball. The sturdiness of the shoes means they don’t wear down quickly and can even last for more than one season.

So, while neither brand is better than the other, the perfect shoe will depend on personal needs and preferences. Remember to try on multiple models when trying to find the right pair because people never know what they need until they’re on the trail.