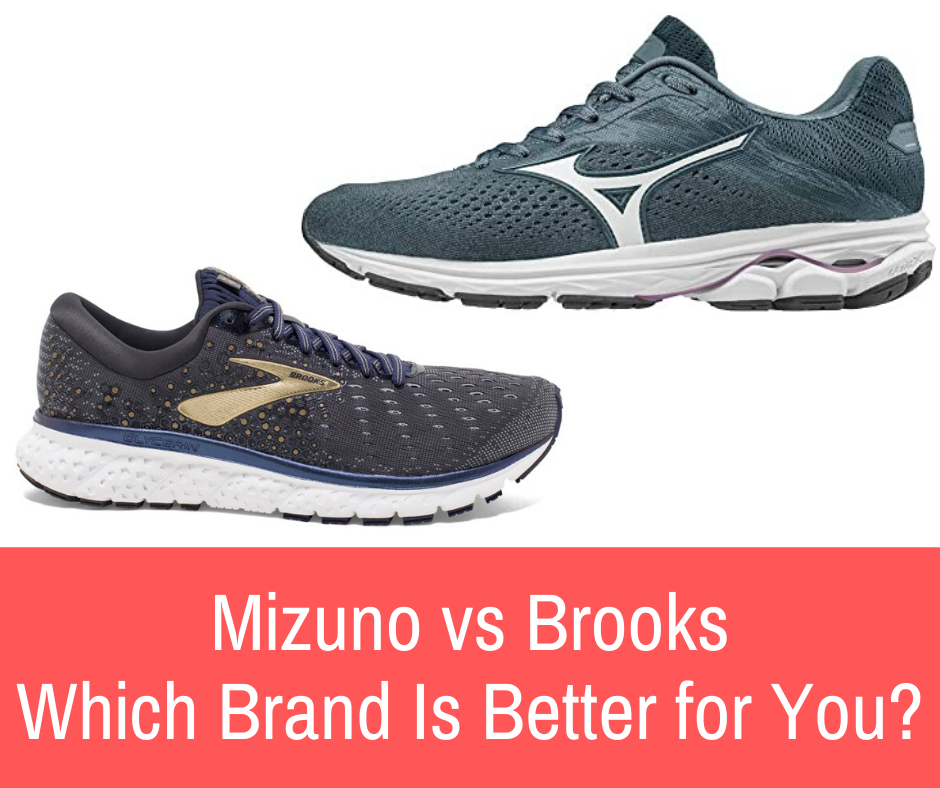 Running shoes are the cornerstone of a successful runner whether you’re running for fun or for a marathon.

That’s why you need to find the best brands that offer unmatched quality and performance.

Among the most popular sports footwear brands on the market are Mizuno and Brooks. But, which one is better for you?

Today, we’ll put Mizuno vs Brooks shoes head to head, so you can pick the one that suits you the most.

To be concise, Mizuno are slightly lighter were as Broks shoes are more durable and weight a little more. Brooks offers a a firmer base resulting in higher mileage usage. Mizunos are perfect for weekend runners who do not put a ton a miles on their shoes.

Mizuno is a Japanese foot and sportswear company that was founded by Rihachi Mizuno in 1906.

It’s among the most popular brands of the running shoe industry with innovative technologies that provide an especially responsive ride while running with their shoes. 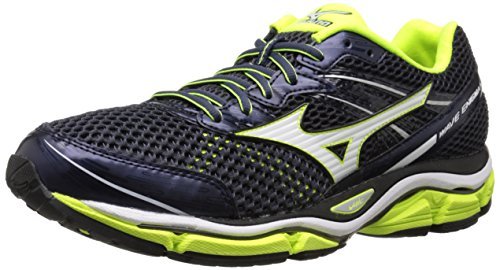 Mizuno’s running shoes are characterized by being lightweight. Most of their shoes weigh between 150 to 280 grams, but they average at about 200 grams.

This gives you extra speed that can shave up to one minute if you’re running for a long distance!

While Mizuno’s running shoes are characteristically light, they’re surprisingly durable and resilient, especially in the midsole region where the Mizuno’s Wave Plate Technology kicks in.

Although the technology isn’t designed for durability, it still supports the midsole and adds extra life to it. 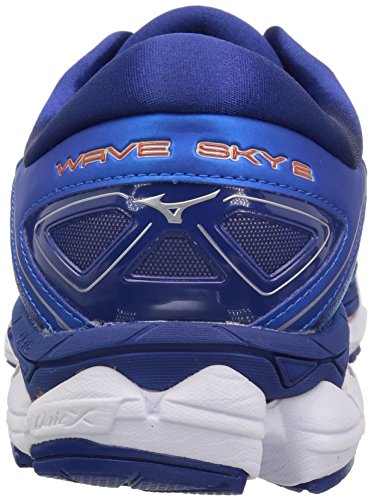 Ideally, you should expect the average Mizuno shoes to last you up to about 400 to 500 miles. This means that a casual runner who workouts 3-4 times a week should expect it to last about 6 months.

With their quick pacing in adding innovative technologies, Mizuno’s running shoe quality is truly above and beyond. 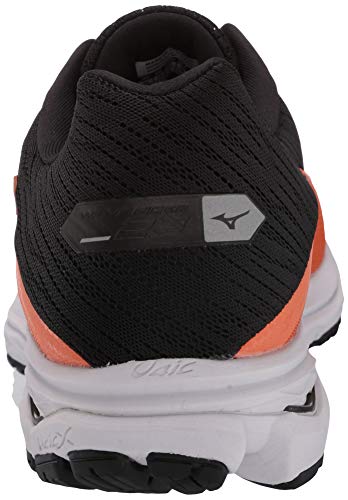 Mizuno utilizes a special wave plate technology when designing midsoles. This technology helps in dispersing the force horizontally while running, giving its midsole a unique and functional design.

These shoes also support natural gait with its support elements that are strategically placed to help you keep on track.

One thing that characterizes Mizuno’s shoes is that they’re usually cut quite narrow when compared to some other brands.

Mizuno’s running shoes are usually branded under the name “Wave”, which stands for the innovative technology that they apply to all their running shoes.

Here’s a quick sample of the most successful and popular running shoes by Mizuno.

The Wave Sky from Mizuno is an upgrade from the Wave Enigma. This shoe is considered one of the most comfortable foam-based shoes that Mizuno offers.

The shoes have an ample cushion for both short tracks and long marathons and run pretty smooth and close to the ground.

Additionally, they’re quite lightweight and maintain decent firmness and durability when it comes to intense runners. 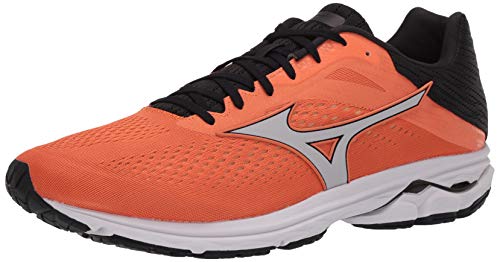 The Wave Rider is currently their most popular running shoes thanks to its high performance and relatively affordable price.

The upper mesh features DynamotionFit construction, which allows for an excellent level of fitness while wearing the shoes.

They aren’t the lightest shoes by Mizuno. However, they make that up by pairing the Mizuno’s wave technology with excellent quality midsole materials.

This helps the shoes to be dynamically cushioning and give a relatively light feel on the feet.

Brooks Running is an American Company that makes a wide variety of sporting accessories, especially running shoes and clothing for men and women.

The company was launched back in 1914 by John Brooks Goldenberg and is currently operating in over 60 countries around the world due to its major success.

One fact about Brooks that most people do not know is that the company is owned by Warren Buffet. Here's a little more info about Brooks history.

Unlike Mizuno, Brooks’ shoes are a bit heavier in weight but not by much. Most of their shoes are within a range of 200 to 320 grams.

Brooks Hyperion Tempo is one of the lightest running shoes of the brand that weighs around 207 grams.

When it comes to durability, Brooks is characteristically more durable thanks to its reinforced construction. 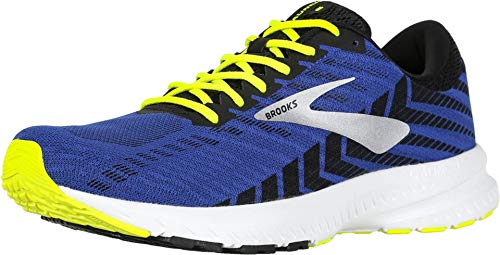 Ideally, the standard durability Brooks running shoe will last you up to 400 to 500 miles before it requires replacement.

If you run for about 20 miles every week, these running shoes can last you well over 6 months at top performance.

Their shoes are usually quite comfortable with adequate cushioning and enough support to help you sustain a natural gait.

The company always strives to make new shoes that are closer to the ground with better cushioning to keep your feet stable while running.

Unlike Mizuno’s running shoes, Brooks’ shoes are popular for their wider cut, which in return adds comfort level.

If you like brooks, here are some of the most popular models for running they have. 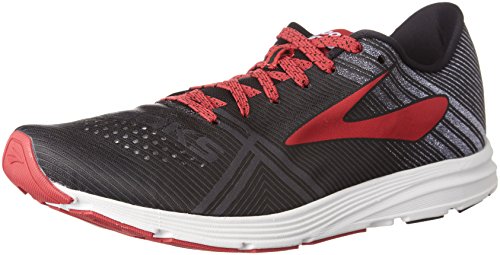 As you already know, the Hyperion Tempo is one of the lightest running shoes that Brooks has to offer.

This shoe comes with the all-new DNA Flash midsole foam by Brooks, which is also nitrogen-infused to deliver the maximum energy return while running without weighing you down.

Despite being one of the most budget-friendly running shoe options on the market, Brook’s Launch 6 doesn’t compromise comfort and quality.

It’s also a highly versatile shoe that can be used for both flat racing and everything trainers. The use is characterized by having the DNA BioMoGo midsole cushioning.

This gives a more springy feel and better feet launch on every step, hence the name. The shoes combine the right amount of stiffness and durability with comfort.

It also has a single-layer mesh upper, which cuts down some weight to help you pacing at flying speeds.

With that said, you now have a quick comparison between Mizuno vs Brooks. As you can see,  both brands are excellent when it comes to running shoes.

If you prefer lightweight shoes, you should consider Mizuno’s shoes. They’re much lighter with their wave plate technology that gives nice support to the midfoot.

However, if you’re more about longevity, Brook’s durable foam soles will last you longer. They’re also lightweight enough to preserve your speed while pacing.