There are several pain killers and joint supplements you can take to relieve joint and muscle pains. The effect is usually not immediate.

You have to wait a few minutes for the body to absorb the active ingredient.

That's not helpful when you are out on the track during a workout session.

If you are not a fan of oral drugs and supplements, topical drugs such as Blue Emu and Australian Dream are excellent alternatives. They provide fast and long-lasting relief from joint and muscle pains.

But what exactly are Blue Emu and Australian Dream?

What are they made of?

How do you apply?

How can they help runners and non-runners? And when does it make more sense to use one over the other?

What is Blue Emu?

Blue Emu is a topical analgesic available in both spray and cream form.

It combines Emu oil with ingredients like Aloe Vera, and Glucosamine to deliver a powerful pain killer and provide quick relief from joint and muscle pains. It also promotes better joint health.

We put together an in-depth review of Blue Emu that you can view. 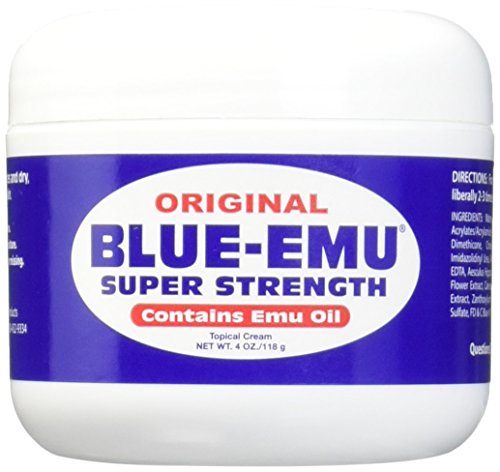 Where does it come from?

Just as you may have suspected, Blue Emu comes from down under. It’s developed from the traditional remedy for muscle and joint pain used for thousands of years by native Aborigines of Australia .

"Everything you need to know about emu oil"

The natives extracted the fat of an emu bird and used it to relieve muscle and joint pain after a long day’s trek or from injuries.

They also used blue emu fat as an antiseptic and a skin moisturizer. 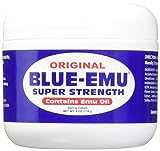 Blue Emu contains several ingredients that carry powerful anti-inflammatory properties. Some elements are not yet documented.

The producers combine these elements with other well-known natural healing compounds including Aloe Vera, glucosamine, and MSM (Methylsulfonylmethane) to deliver an effective pain reliever. 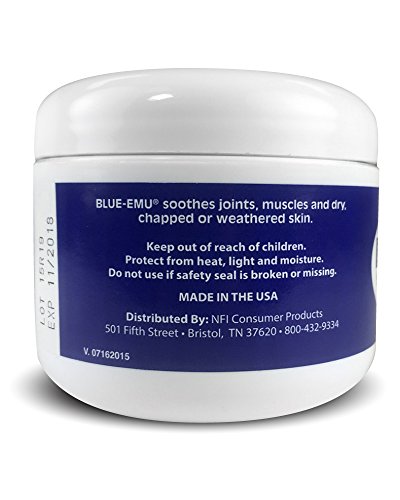 ​The emu oil found in Blue Emu is also rich in Oleic acid which penetrates the skin into the muscles and joint areas.

How Does it Work?

Blue Emu is a topical analgesic. That means when you spread it over the part where there is muscle pain it penetrates and helps the muscle to relax.

"What can you use emu oil for?"

Other ingredients such as MSM and Glucosamine in Blue Emu are known dietary supplements that enhance joint and muscle wellness.

Like many other topical analgesics, Blue Emu is available in two forms: spray and creams. You should apply the cream or spray over the aching muscles or joints generously. Then massage the area thoroughly to ensure even distribution and penetration.

Blue Emu shares that you should first apply about 2-3 times daily, for the first two weeks. After that, you can apply on a when needed basis.

However Blue Emu is considered to be generally safe to use.

However, don’t hesitate to consult your doctor if you experience any of these reactions.

What is the Australian Dream

The Australian Dream is another powerful topical anti-inflammatory medication. The pain killer is well-known because of the variety of conditions it treats including backaches, muscle strains, sprains, and bruises.

However, it is most popularly used as a remedy for arthritis.

Australian Dream is a mixture of several powerful pain-relieving ingredients and carriers. The most abundant, and perhaps most important ingredient, is Histamine Dihydrochloride. 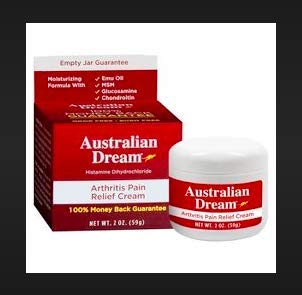 Although Histamine Dihydrochloride is not an active pain killer, it helps the body to heal itself.

Australian Dream also contains other effective and well-known muscle and joint health enhancers. These ingredients include Glucosamine and Chondroitin which are commonly used to produce oral pain medication. 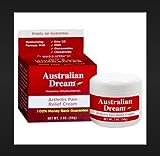 Histamine Dihydrochloride found in the cream is a powerful vasodilator and neurotransmitter.

When applied to a hurting section it encourages blood to flow on that section.

When combined with other painkilling ingredients such as Chondroitin and Glucosamine, it results in a potent painkilling remedy.

Australian Dream does not contain Capsaicin, menthol or camphor. Thus, it doesn’t irritate the skin, emanate strong odor or burn the skin.

How to Apply the Australian Dream

Similar to other pain medications, the manufacturers recommend more frequent application (up to 3-4 times daily) during the initial days.

After the first 3-4 days, you can reduce and apply on a need to use basis. 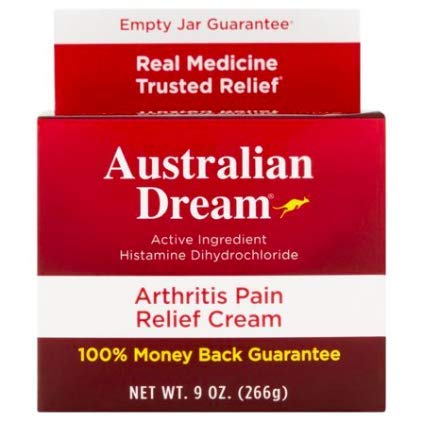 Just like Blue Emu, there have been few reports of minor side effects such as rashes, skin irritation and allergic reactions.

Australian Dream is a generally safe product to use. But don’t hesitate to reach out to your doctor should you have any contra-indication.

How Blue Emu and Australian Dream Help Runners and Non-Runners

Blue Emu and Australian Dream are excellent treatments for joint aches and muscle pain. Not only will they relieve the pain, but they also work to promote joint health and self-repair of joints, muscles, ligaments, and cartilage. The biggest difference is the ingredients. The anti-inflammatory ingredients make either a great choice however, if Blue Emu has a smell and is a little more oily that Australian Dream.

This is especially important for runners. But these remedies are not just restricted to athletes. Anyone can use Blue Emu and Australian Dream.

Oxidative stress to muscles often happens whenever we walk or stretch our bodies beyond our regular routines.

When Does it Make Sense to Use One Over the Other

There are circumstances when you would prefer one over the other. If you are not in a gym or on the track working out, Australian Dream is a better pick.

Since it doesn’t have strong odors and doesn’t leave an oily feel on the skin.

If you are having regular joint pain or muscle issues, first have a chat with your doctor. With the doctor’s help, pick a suitable remedy.

We’ve laid out the ingredients, how to apply and how components in Blue Emu and Australian Dream are designed to relieve pain and promote healing.

You could also consider doing a combination therapy and get the best of both. The results are bound to be better.